How cool evolves: South by Southwest is a balancing act 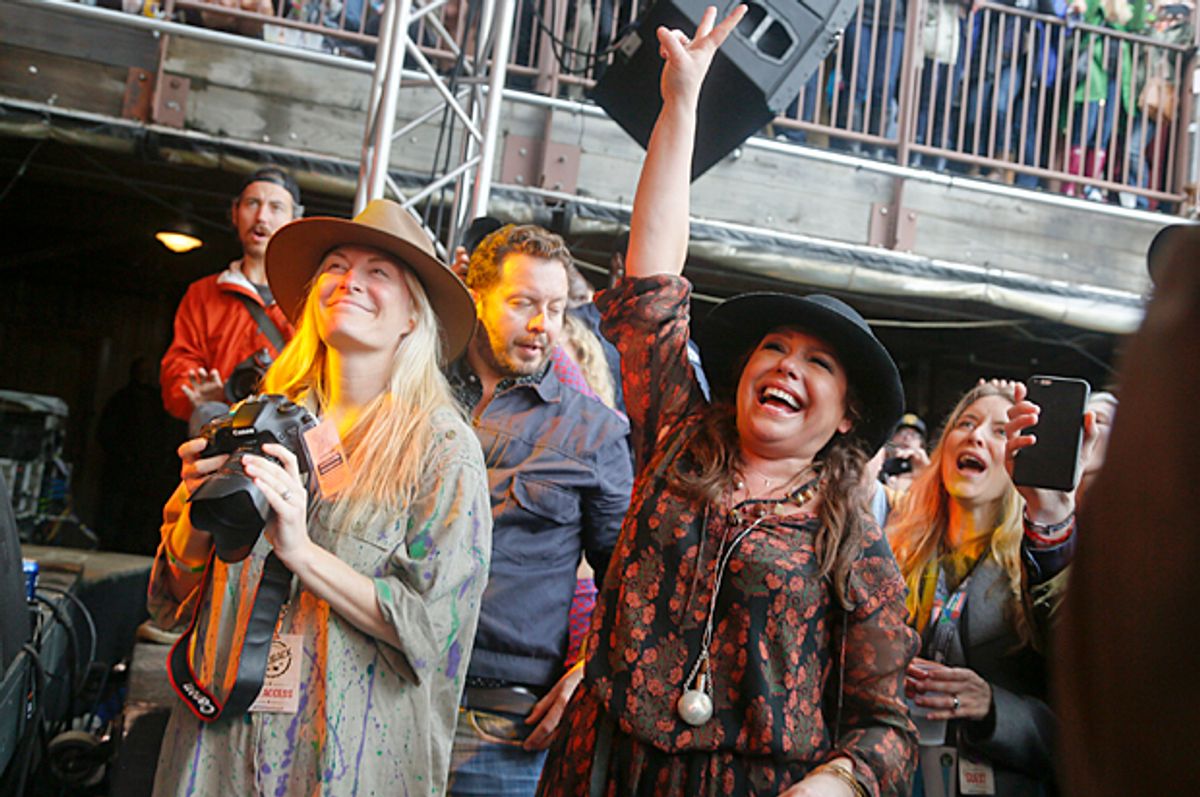 Rachael Ray listens to Edward Sharpe and the Magnetic Zeros perform at her Feedback Party during the SXSW Music Festival, March 21, 2015. (AP/Jack Plunkett)
--

South by Southwest is about to begin: The conference has been about breaking new music, film, and technology, but it’s also described sometimes as being past its too big, too mainstream, too corporate.

How do cultural gatherings – or cultural movements – evolve, or fail to? And how do people go from seeing something as new and fresh to being uncool?

We spoke to Art Markman, a cognitive psychology professor at the University of Texas who's one half of the Two Guys on Your Head podcast. Markman spoke to Salon from his office in Austin, not far from where South by Southwest opens on Friday.

How does it happen that events can move from being new and exciting to too big, yesterday, “over,” or whatever. Is seeing things this way just a modern phenomenon?

There’s always been fashion. The Romans had concerns about fashions – you look at eras in which statues did or didn’t have beards; it seems to mirror what’s going on on in Brooklyn now. So I think this has been pervasive – part of it has to do with the way we signal our affiliations with other people. The way we dress, the activities we take part in, send messages about who we think we are and what group we think we belong to. So when a person shows up at an event that sees inappropriate to them, it raises eyebrows.

In technology they talk about the adoption curve.

Yes, you have early adopters and people who come later.

Right – and the same thing happens with culture. The adoption curve is not special to iPhones. It’s also related to all sorts of element of culture. In the 1940s you had people interested in emerging jazz forms.

Yeah – this was not in the culture at large. You signaled, if you were listening to bebop, yourself as a member of a particular subculture that was a little bit cooler or hipper than the people listening to pop on the radio.

The beret or the shades indoors showed that you were part of this club.

Right – and of course, over time, the musical forms became more broadly diffused. Other people started to hear them, to pick up on them – and so the musical avant-garde have to keep moving forward. Bop, hard bop, cool – there’s some line that gets your to “Bitch’s Brew” from there. As the mainstream begins to catch on to some of these forms, you’re no longer signaled as part of that avant-garde movement if you’re listening to what everyone else is listening to.

So it those people who wants to see themselves as being at the leading edge of cultural trends will often be forced to admit to certain guilty pleasures -- liking stuff that everybody else also likes.

How does this work out with South by Southwest, which started out small scale, Texas-focused, driven by a group of passionate instigators, and then became much larger… The kind of thing that people have been saying for years is “past its prime.”

At some point when 150,000 people are showing up for something it may not be that far past its prime.

But when something is new – you’re signaling this membership in a particular elite group. Then there’s another thing that happens, particularly when that elite group is especially productive. If you think about the South by Southwest music and interactive for a moment, you have musicians like Norah Jones who came out of nowhere to win Grammys because of things that happened at South by Southwest, though people in the Austin area already knew who she was. And you had the launch of things that became ubiquitous, like Twitter.

Over time, you forget about all the things that came out of these conferences that didn’t succeed. So you think, Our best days are behind us, because there’s never going to be another Norah Jones, there’s never going to be another Twitter… Forgetting the large number of singer-songwriters who play at South-by who are never heard from again, or the large number of apps that seemed like a good idea at the time and also have hit the virtual dustbin.

So even before the conference has started you look at the lineup and say, “There’s nothing that’s as good as that thing is… We’ve played out the whole space.”

Another piece of it is that to the extent that a conference like South-by-Southwest is gonna remain relevant, it has to play to its avant-garde roots. It’s got to spend a lot of time making most of the people who now come to it really uncomfortable about what they’re seeing.

It gets bigger and more mainstream – you have President Obama giving the keynote address – but needs to also be eccentric and funky and exclusive in other ways.

Right – and it has to mean that those people who went in the past have to either agree to continue growing, or else get out of the way. Every generation goes from basically [pissing off] their elders to becoming those elders themselves. Some manage to hold onto some of their interest in novelty, but most people get a little tired of that. If they want South by Southwest to be their home for the next 10 years, then the conference is going to slowly get dragged down to get something that pitches largely to the middle of the population and not the leading edge.

How does the conference seem to be balancing all of this?

It seems to be mostly getting absurdly large, with six figures of people coming into town. You are no longer catering to a single community any more. I think their solution to the problem is to give a lot to the people who just want to be part of it. But by being large, you can hide all sorts of new things.

So I think there is still a lot of exciting stuff, but it’s harder to find than it used to be. The proportion of really novel things is smaller.

So this is the way any cultural gathering works – Sundance – and cultural movements work this way…?

Even Burning Man. I think this is a common story, and it is driven by the same factors that affect fashion.

The other issue is: Is that a bad thing? If South by Southwest turns out to have a tremendous amount of energy, without being [as avant-garde] as it was in the past, it can still introduce ideas to a tremendous number of people. In the same way that Fashion Week has a lot of tradition around it… a really effective way for fashion houses to introduce lines to the press and the public.

So do we understand how this works in the brain? Or is it more a sociological thing?

It’s a mix of things. One of the things we know is that there’s a lot of individual difference in a personality characteristic called “openness to experience.” How much do you like new things?

And the more that you really crave new things, the more that a very funky conference or experience appeals to you. And I think when you get a group of people together, all of whom are very open to experience, it creates a particular vibe.

For most people -- who aren’t high on openness to experience -- there’s the powerful effect of something called mere exposure. Once something becomes familiar, you actually like it better. When you go to a concert, it’s the song that’s been on the radio that gets the biggest cheer. It’s not that it’s objectively the band’s best song.

So to the extent that the majority of the crowd is driven by mere exposure, now you get a larger number of people, but you’re necessarily sacrificing that novelty element in order to do that.

This is why fans of an underground band groan when the group gets a larger audience.

And why there are not three other bands that sound exactly like them.

It sounds like a cultural conference or gathering has to be careful as it grows.

You have three options. You either get really popular, and lose some of the flair that was exciting at the beginning. And everybody says, “I remember when...”

Or, you never get that crossover appeal, and the event just died out, and people say, “Wasn’t it fun when…”

Or, it so constantly strives to be at the head of the curve that it keeps leaving a certain number of people behind…. Now you have people saying, “Gosh, I really preferred this conference when…”

But what you can’t do is get really popular and continue to be at the forefront for an extended period of time.