Is there anything Trump won't lie about? Apparently not 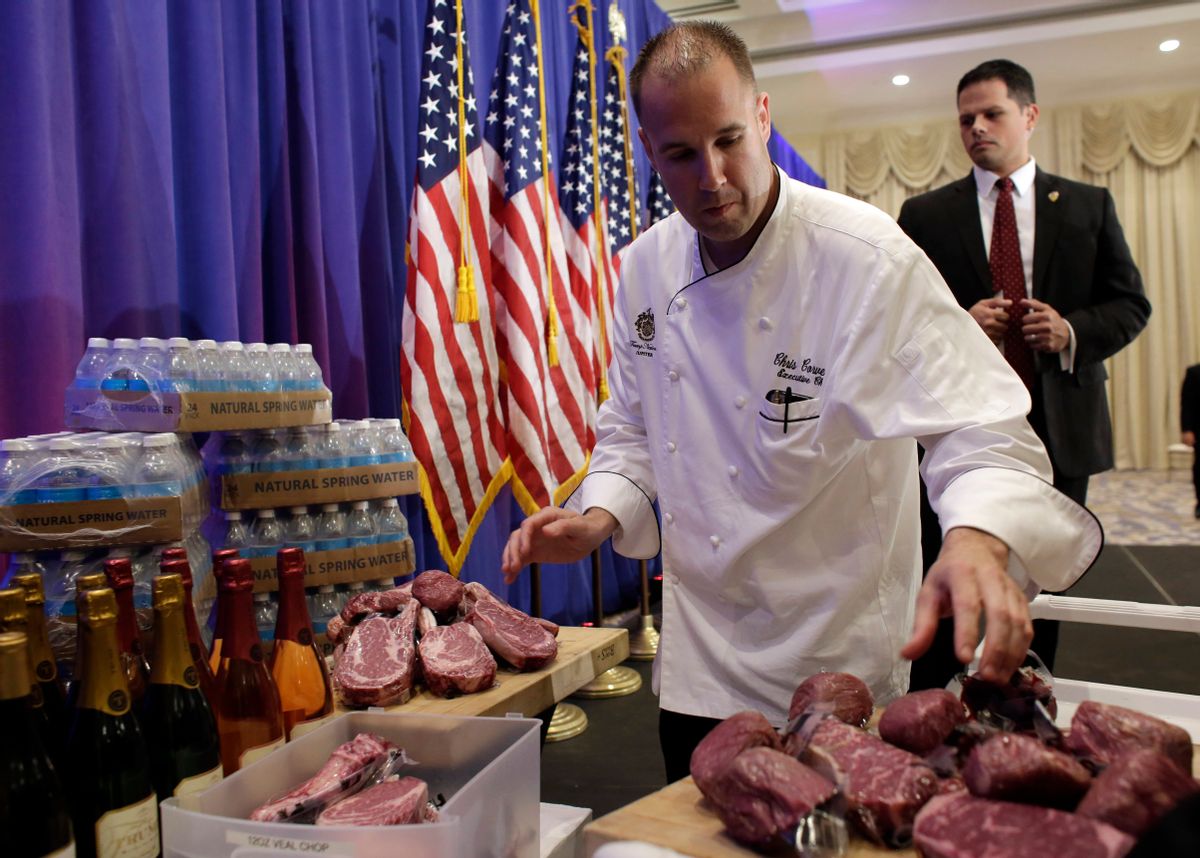 Whether you like Donald Trump or not, you have to appreciate that he doesn't operate within the boundaries of established political discourse, but rather tests the limits of what he can get away with (so far, everything) and still continue to dominate GOP primaries. It's perversely hilarious.

Take Tuesday night's victory presser in Pensacola, Florida. Every other candidate would have done it differently, and for good reason.

Short of shooting someone on Fifth Avenue, Trump gave another shot at political mortality by forging the resurrection of Trump Steaks as if it hadn't ceased to exist almost a decade ago. The display was sad enough — due to its petty likeness to an infomercial — before it was reported that the steaks weren't even Trump Steaks.

It should have been a wakeup call to the millions of Trump voters who aren't in on the joke and think he's a viable presidential candidate. But something tells me that, unlike his steaks, Trump is here to stay.