Stop trying to bury Bernie Sanders: Why the media's blinkered primary coverage is bad for America

Since Super Tuesday, the press has treated it as a fait accompli that Sanders is finished. Then he won Michigan 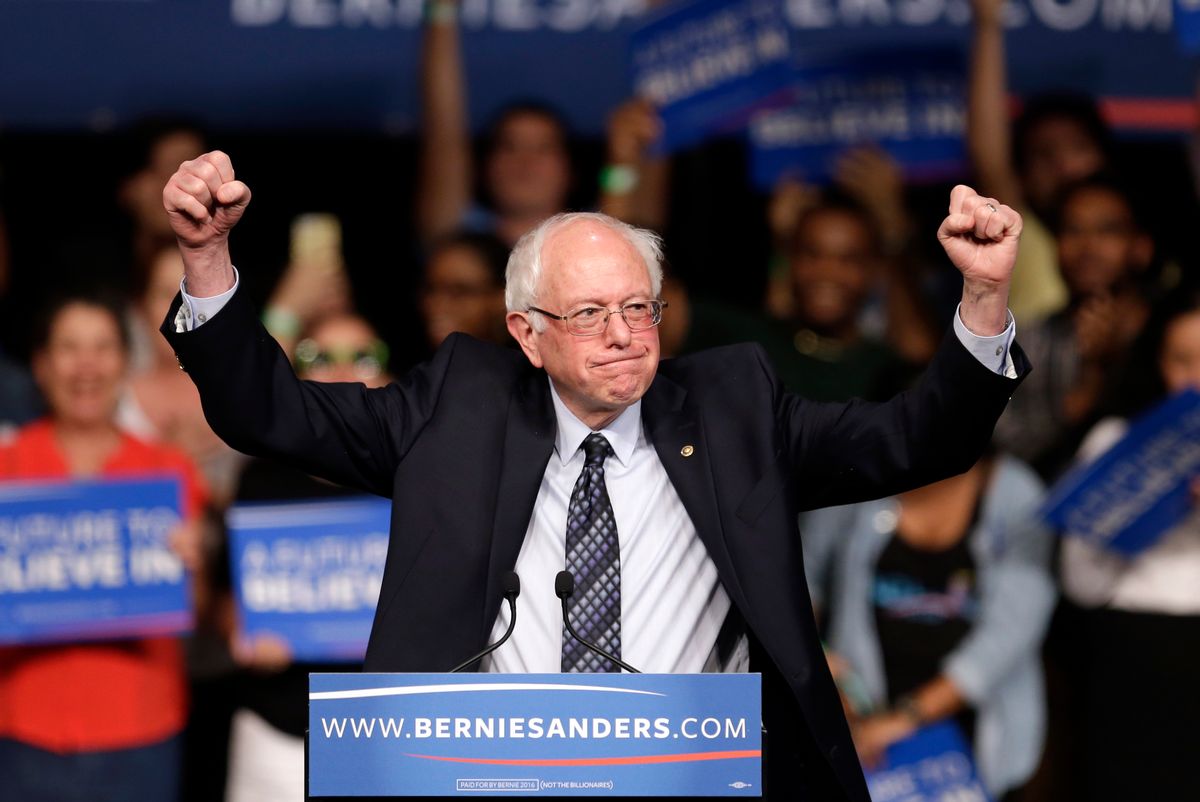 At first, Bernie Sanders was a marginal oddity. Then, briefly after Iowa and New Hampshire, a serious challenge. (But maybe, some internet pundits insisted, one running on the fumes of voter sexism.) After blowout losses in the South, however, he became a “message candidate” headed for extinction. Gaming out the delegate math that quants have rendered the sine qua non of political reporting, reporters declared that Sanders was dead in the water. The discussion turned to when he would, and if he should, get out of the way. Now, Sanders has won Michigan and performed much better with black voters there than he has in the South. And so the narrative changes again.

Many polls had Sanders down by 20 percentage points or more in Michigan. Five Thirty Eight had given Clinton a better than 99 percent shot of winning. It was a huge and historic upset. Yet Clinton, they point out, is still poised to win the nomination. That’s true -- but only if the traditional contours of American politics hold fast. And in many ways, it's already clear that they aren't.

The Sanders campaign, like any left insurgency, can only win by changing the status quo. That’s what’s happening, though it is still very possible that it won’t happen in a sufficiently large way or quickly enough for Sanders to win the primary. His campaign is frequently maligned for "magical thinking." But that is precisely what transformative social change always requires. That, and hard organizing work. Just think: sixteen years ago the left's greatest electoral ambition was that Ralph Nader receive five-percent of the popular vote so the Green Party could win federal funds. He failed to do so. Today, a democratic socialist is credibly vying for the Democratic nomination. History is not the study of events playing out according to conventional expectations.

The big problem with the media-bestowed aura of inevitability, however, is not that it falls short in reflecting reality but that it also remakes it, nudging would-be idealists toward Clinton. Five Thirty Eight’s Harry Enten concedes the role that reporters like him play in shaping the race by the way that they cover it, writing that the Michigan win “will likely lead to increased news coverage of the Democratic race, which Sanders desperately needs in order to be competitive next Tuesday and beyond.” When reporters talk about a candidate gaining or losing “momentum,” they are in significant parts referring to the effects of their own coverage. It’s also true that some of this plays to Sanders benefit: the media’s low expectations lay the groundwork for a boomlet in positive coverage if he surpasses them. But I think that pessimistic coverage has mostly worked against Sanders: Democrats seem to be far more pragmatically minded than Republicans, and electability in November matters tremendously.

This coverage might be helpful for people with money riding on the outcome. But not so much for voters trying to make an informed choice.

The campaigns are still fighting for votes. Friends and family are debating. And so political reporters do a disservice to democracy when they shut the door on an election before most voters have had an opportunity to cast their ballot. Plus, there might be some cause for pause and humility: Pollsters have consistently been proven wrong this cycle. Win or lose, Sanders’ performance matters. How well he loses, if he does lose, will shape the Democrats' message in Philadelphia and the direction of the party and country as a whole in years to come.

Sanders constantly bashes the “corporate media,” and reporters no doubt find that obnoxious. I do think that while leftists often get criticism of media coverage right they are wrong to see it as the result of corporate owners ham-fistedly manipulating reporters or pundits holding out for a White House job. This faulty diagnosis, in turn, leads many reporters to think that Sanders supporters are loopy conspiracists. And some surely are. The United States has enough loopy conspiracists to go around. But Sanders voters are right that the pundit class is, with few exceptions (hi, there), resolutely skeptical and hostile toward Sanders, and that the narratives imposed by reporters are a key obstacle to his success. Michigan, however, does prove reporters right on one count: The only way for Sanders to prove them wrong is by winning.