Ted Cruz likens Trump to a would-be "king" or "emperor": In America, politicians take oaths to serve the people, not the other way around 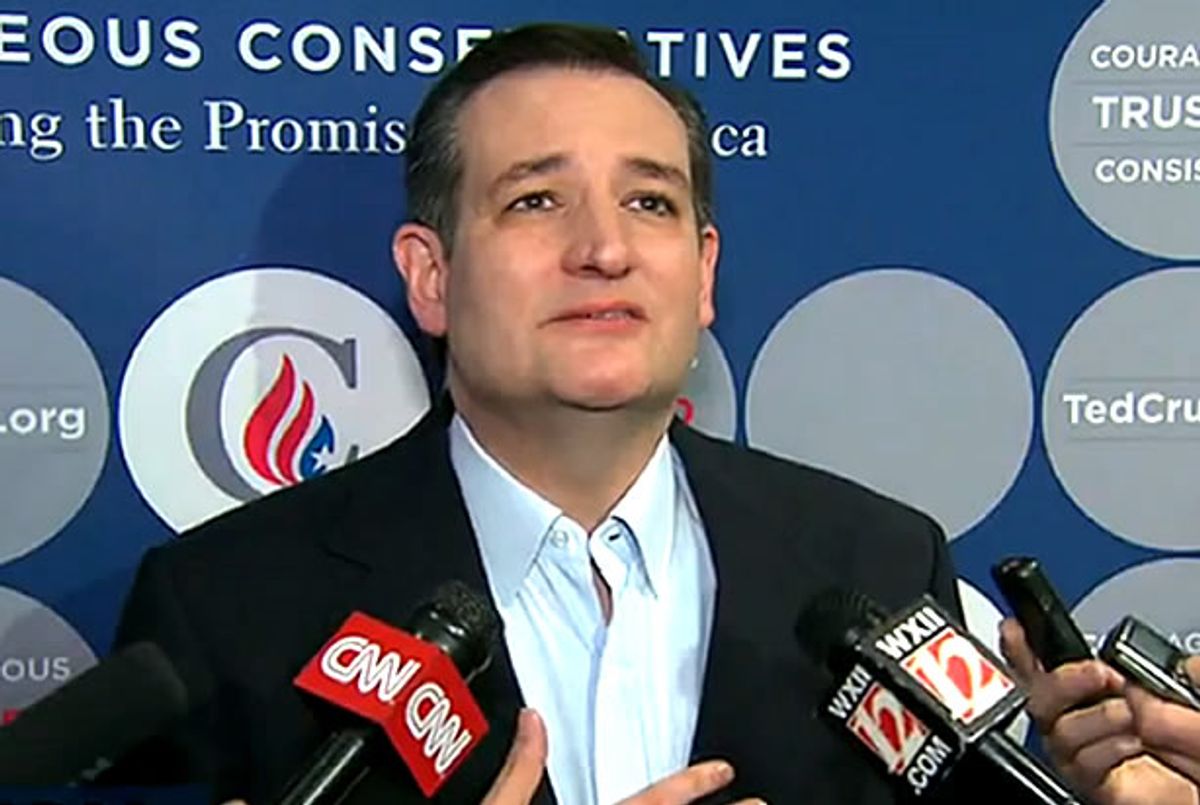 In what appears to be a doomed attempt to jump-start his flagging presidential campaign, Texas Senator Ted Cruz spent Tuesday attacking GOP front-runner and bolting-hutch of beastliness Donald Trump for behaving more like a "king" or an "emperor" than a presidential candidate.

A reporter, he recalled, asked him "what I thought about Donald Trump at rallies, asking everyone to stand up and raise their hand to pledge support." Cruz replied "there's something that strikes me profoundly wrong, this is a job interview -- I'm not asking you to pledge me your support, I'm pledging my support to you."

"This notion of asking people to stand and raise their hands and pledging allegiance," he continued, "we're familiar with that. In monarchies, kings and queens demand it of their subjects -- but in America, no man is above the law."

At another campaign stop later that same day, Cruz reiterated his complaint, saying that "no political candidate is going to make America great again. It is not going to be Donald Trump, it is not going to be me -- the only power strong enough to restore the nation is 'We the People.'"

"The idea that you would take this loyalty oath," he continued, that "a candidate running for office wants the people to pledge loyalty to him like subjects to a king -- well, we've had seven years of a president who thinks he is an emperor." Meaning not only is Trump behaving like a divinely appointed monarch, but that according to Cruz, he's also the second coming of current President Barack Obama.

Watch the entire speech below via NBC News.