"An outburst of emotions black America can relate to": Kendrick Lamar's newest release feels like the back story to his masterpiece, "To Pimp a Butterfly" 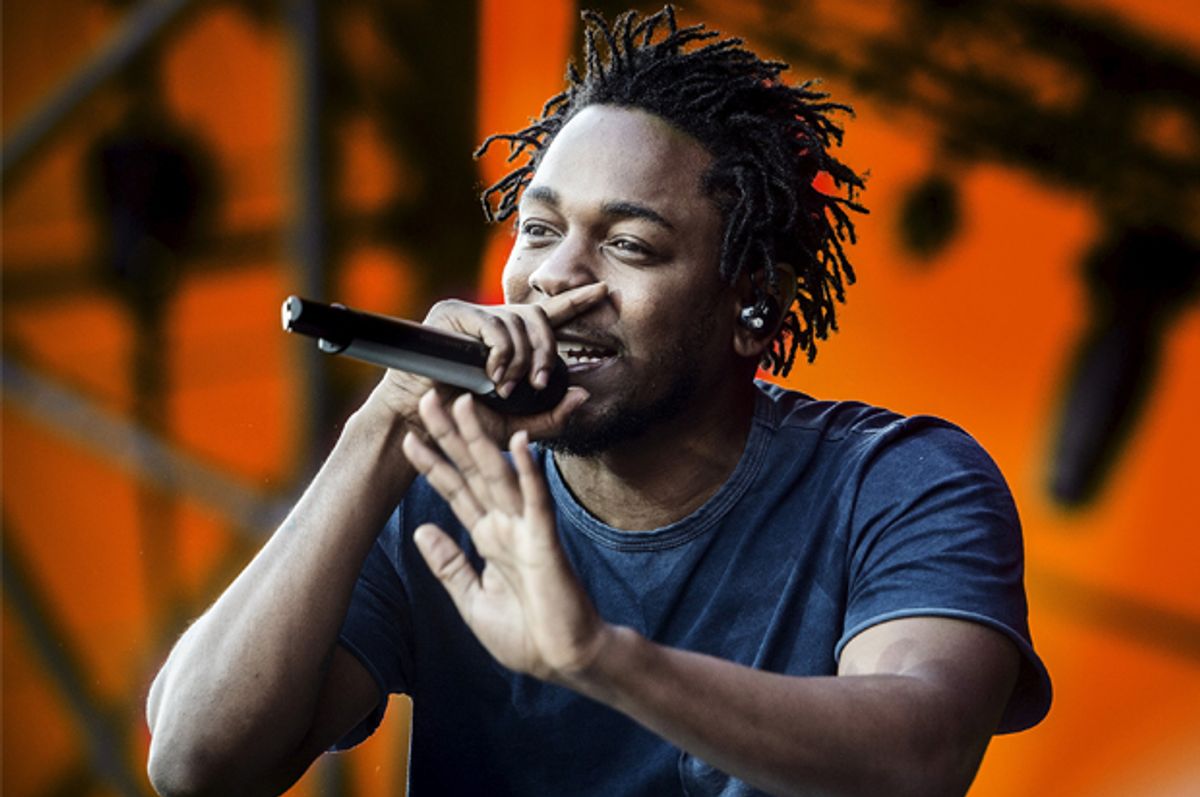 K. Dot’s surprise "Untitled Unmastered" project is a series of incomplete sketches that serve as preparation for his Grammy-winning "To Pimp a Butterfly." The Compton MC raps, yells, whispers and chants his way through the eight demo tracks. It’s an outburst of emotions that much of black America can relate to. We’re not just the audience, we play somewhat of a therapist role while listening.

The tracks were presumably recorded between 2013 and 2016, marking a pivotal time in Kendrick’s career. Back in 2013, he was just beginning to fully emerge from the underground hip-hop scene with the platinum success of his "good kid, m.A.A.d city," the precursor to his 2015 masterpiece, "To Pimp a Butterfly." With his success at being an unapologetically black rapper, he gives us what feels like a back story to it all.

His series of incomplete thoughts reveals his creative process, as well as the mental and emotional impact that comes along with it. This becomes a seemingly courageous act, as not many black artists, let alone black people, unearth this part of themselves. Discussing mental health within the African-American community is a dangerously taboo topic. This is problematic. While Kendrick’s career has encouraged us to throw off any ounce of anti-blackness, this project admonishes us to think about our mental health, and the importance of discussing it.

Historically, slavery, sharecropping and race-based exclusion from health, educational, social and economic resources have caused an onslaught of mental health problems within the African-American community. Unfortunately, we’ve yet to begin to address them. Kendrick is using his voice to encourage the activation of this critical mental health dialogue. Though the project is a collection of his thoughts on political activism, religion and the struggle to understand the balkanization of his blackness, it’s also his raw notes on the state of his own mental health.

The project opens with “untitled 01 08.19.2014,” where he equates the government to his view of God. It’s meek. Kendrick uses strong biblical metaphors as he pushes his bombastic lyricism. He compares his view of God to his cynicism toward government institutions, the justice system and Christianity. He shows us the destructive nature of our ways, and admonishes us to consider what we may be sheepishly worshiping. He uses the line “running in place trying to make it to church,” to explain that we aren’t really getting anywhere with our glorified view of the government, as though it were a deity.

He continues to call attention to government corruption in track “06 06.30.2014.” He brings to light the fact that the justice system doesn’t do what it was established to do, rehabilitate. Instead, all it does is create new slaves. Historically, the justice system has failed African-Americans; stats suggest that one in three black men will go to jail in their lifetime. Despite his success, he feels as though he’s not exempt from these institutions.

He takes things a step further in track “08 09.06.2014” and calls attention to the financial issues common to black Americans, from credit card scams to college debt. He juxtaposes these examples with his own wealth, achieved despite the shackles that could have held him back. He wants us to understand that although whiteness is both power and property, he has fought his way through it.

Once he voices all of his frustrations with the American government he then takes it down to a personal level. He’s trying to figure out what self-government looks like apart from the ruling power of white supremacy. He wants to make sure we haven’t forgotten where he is from and his concern for his brothers and sisters back home who are being incarcerated and killed. We are reminded of the fluidity of his blackness. He’s woke, but most important, he understands that there’s a level of privilege that comes with being able to revel in and fight for the idea that black lives matter. He doesn’t take this lightly. He grapples with how to reach back to make sure those who he grew up in his Compton hood understand that they aren’t forgotten—amid all of his fame.

His ultramodern, P-Funk-inspired songs “untitled 02,” “untitled 06” and the jazzy “untitled 05” reveal his roots. These tracks give us a perspective on the internal conflict between enjoying his fame, and recognizing the very real issues going on back home in Compton: violence, drugs, etc. He unveils his trouble understanding the duality of his fame and responsibility to his own community.

While he has escaped his Compton hood he finds himself distracted by the fruits of his labor: the women, money and fame. He realizes the only way he can find a balance between the industry and the Compton hood he’s left behind is through Top Dawg Entertainment, the label he’s signed to. For K. Dot his fame is solace and apart from it he’d just be a disappointing statistic. He’s avoided becoming institutionalized and the all too common jail time narrative for those in his community. His fame has provided not just material wealth, but the space and time to observe the injustices being committed against his community. Though he acknowledges the existence of the injustices taking place, he’s very clear that he doesn’t want to be a part of it.

Throughout track “untitled 03 05.28.2013” he seeks advice from allies (Asians, Indians and blacks) on how to remain authentic, while presenting his historical self. He finds himself battling against the white supremacy that takes “a piece” of Kendrick— to devalue and capitalize off his talents. Likewise “a piece of mines” talks about the “white man” taking a piece of you to become a famous artist. This is proverbial to his "To Pimp a Butterfly."

Despite Kendrick’s overwhelming success, he goes out of his way to show us his vulnerability as an artist in his new project. As Kendrick is honest with himself, it would behoove us to begin thinking of ways to come to terms with our healing process, by creating the space to discuss our own mental health in the African-American community. It is through this that we’ll be able to develop a clear vision for our roles within the movement for black lives.