"Sometimes I watch him and I'm like, 'Is that how people see me?'" 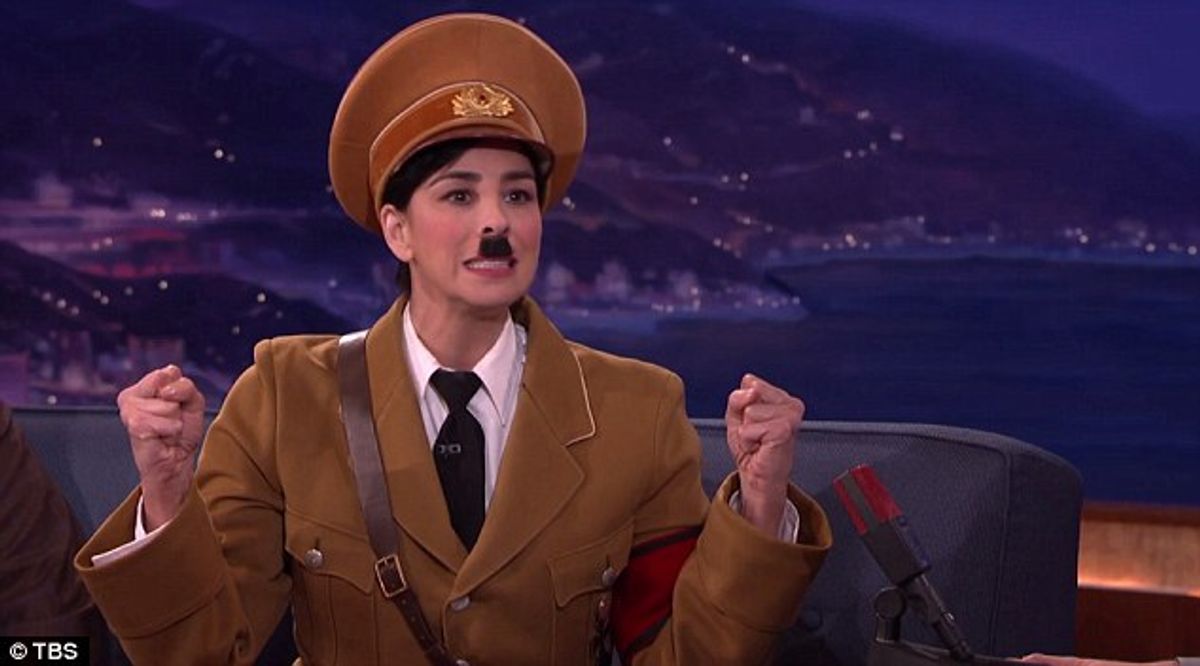 Comedian Sarah Silverman dressed in full Nazi attire as she appeared as Hitler on Conan O'Brien's late-night talk show Thursday to address growing comparisons between the Republican presidential frontrunner and the German dictator:

"I think most people would agree that Donald Trump is the most divisive presidential candidate ever," Conan began. But, "it doesn't get much worse than 'Trump is Hitler.' So I've asked if he'd come out tonight to address these comparisons," Conan said.

"Ladies and gentlemen here to defend himself is Adolf Hitler," Conan said, introducing Silverman as Hitler.

"I have to say that's more applause than I expected," Silverman as Hitler said, before Conan added, "by the way, you're the worst."

"I know, I know," Silverman as Hitler acknowledged.

“Don’t get me wrong, Conan, I agree with a lot of what he says. A lot. Like 90 percent of what he says, I’m like this guy gets it,” Silverman's Hitler admitted. “But it’s just, I don’t like the way he says it. It’s crass, you know?”

“What kind of person talks about his penis size on national television?”

"Oh yeah, I'm so sure Donald Trump has a big penis. I famously have a micro penis. That's what makes a tyrant," Silverman's Hitler insisted.

"Anyway," Silverman's Hitler went on, "all these comparisons to Trump, it's like, it bums me out."

"Sometimes I watch him and I'm like, 'Is that how people see me?'"

Watch the rest of Silverman's hilarious Hitler impression below: