"No politician is perfect": The National Review's endorsement of Ted Cruz is hilariously unenthusiastic 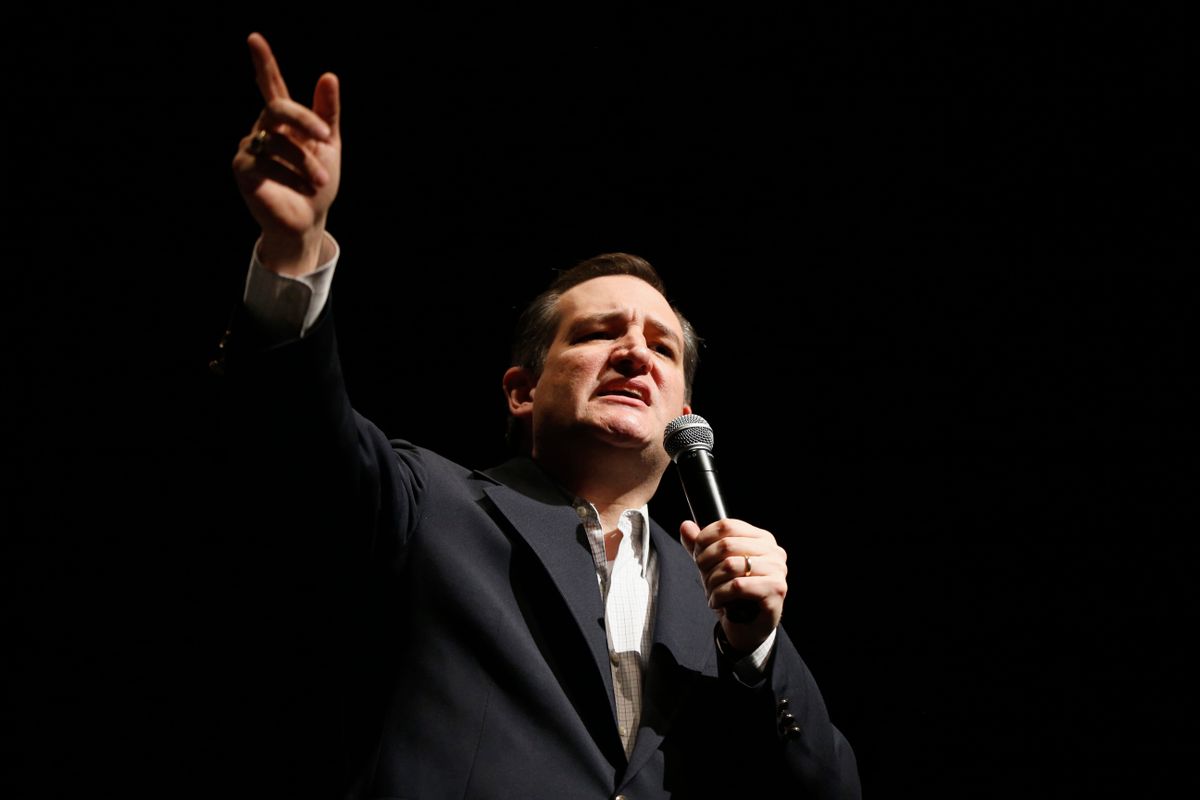 FILE - In this March 4, 2016 file photo, Republican presidential candidate, Sen. Ted Cruz speaks at a campaign stop at the University of Maine in Orono, Maine. For years, Republican leaders cast GOP hardliners as merely a restive minority. But with Donald Trump and Ted Cruz soaring, the GOP establishment now faces the prospect that it's the actual outlier. (AP Photo/) (AP/Robert F. Bukaty, File)
--

If the consequences of either Ted Cruz or Donald Trump winning the presidency weren't so terrifying, the slow crawl of the GOP to embrace the former as the antidote to the latter would honestly be pretty funny.

There is no mystery as to why the party is taking so long to accept Cruz. His Senate colleagues loathe him like the Wicked Witch loathed water. There was still the lingering hope that Marco Rubio might turn his campaign around and catch fire with primary voters. (The GOP establishment’s years-long faith in Rubio despite his obvious shortcomings as a candidate will be one of the election’s enduring mysteries.)  Just about anybody was better than Ted Cruz, it seemed.

Unfortunately, anyone but Ted has turned out to be the orange-tinted nightmare named Donald Trump, a prospect even more terrifying to establishment Republicans. So Cruz it is.

Last week Cruz finally scored his first endorsement from a Senate colleague: Mike Lee, R-Utah, who has been Cruz’s closest ally in the Senate. (Though Cruz got most of the blame for it, Lee was a principal architect of the government shutdown over Obamacare funding in the fall of 2013.) The fact that Lee had not yet endorsed Cruz had caused some raised eyebrows. Perhaps he was just waiting for the right moment, which in this case happens to coincide with a time when he’s getting bad press for holding up a federal aid package to help Flint out of its water crisis.

Then on Friday, it was the National Review’s turn to hop onboard with Cruz. This endorsement isn’t much of a surprise. The magazine had been adamantly against nominating Trump for some time, and, well, what else have they got at this point?

The National Review's writers have mostly (but not uniformly) written positively about Cruz recently. They have been less enthusiastic about Rubio, though they have encouraged the two senators to team up to form some sort of anti-Trump unity ticket. Cruz might have a personality so distasteful it’s like biting a piece of tinfoil while setting yourself on fire, but when you’ve already turned over the cover of your magazine to some of the worst charlatans on the right so they can denounce Trump, you don’t have a lot of room left to maneuver.

Still, you can feel the sadness and resignation leaking from the less-than-full-throated endorsement posted on National Review’s website on Friday:

No politician is perfect, and Senator Cruz will find that our endorsement comes with friendly and ongoing criticism.

He has done little to lay out a plausible replacement for Obamacare, and especially to counter the idea that replacing it would involve stripping insurance from millions of Americans.

Probably because there isn’t a plausible Obamacare replacement that could avoid this result.

His occasional remarks to the effect that the general election can be won by mobilizing conservatives who have been heretofore quiescent politically seems fanciful.

Compare these statements to the earlier positives the editorial’s writers tried to talk themselves into:

He is a strong believer in the liberating power of free markets, including free trade (notwithstanding the usual rhetorical hedges).

In other words, he’ll spout meaningless Republican dogma that pleases us.

His skepticism about “comprehensive immigration reform” is leading him to a realism about the impact of immigration that has been missing from our policymaking and debate.

This is basically gibberish. What “realism” is Ted Cruz coming around to on the issue of immigration? When your opponent has promised to build a 2000-mile-long wall across a desert, I guess there is a low bar for other specific ideas that make sense.

He favors a foreign policy based on a hard-headed assessment of American interests, one that seeks to strengthen our power but is mindful of its limits.

Ted Cruz’s most memorable foreign-policy statement this entire campaign came when he told a debate audience that as president, he will order the military to carpet bomb ISIS (an actual war crime) until the sand in Syria glows in the dark. But he’s shown the macho posturing that the neocons who run National Review like to hear, so that’s good enough.

It’s hard to see how this endorsement changes the primary’s dynamics. It will likely alienate any Trump supporters who still pay attention to the National Review. But if the magazine still has any cachet among the conservative intellectual classes, it is sending a signal to elected officials and party poohbahs that they should not yet throw in the towel, as a couple of them did recently. With its tepid call to arms, it’s not exactly William Wallace rallying his clan to charge at King Edward’s army. Ted Cruz doesn’t inspire that kind of loyalty. But desperation certainly does.