Noam Chomsky: "I have never seen such lunatics in the political system" 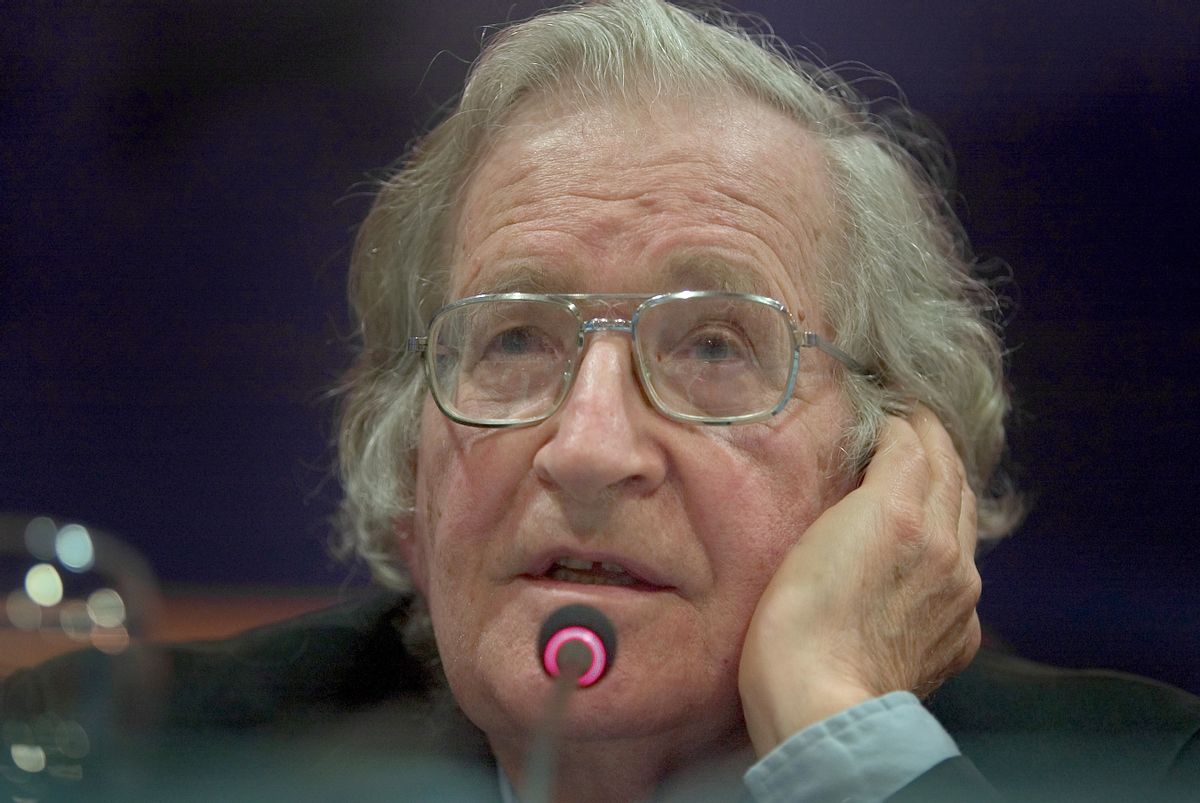 Professor Chomsky was interviewed in Boston by the writer and activist Simone Chun for the Hankyoreh newspaper. Here is the English translation of the interview, courtesy of Ms. Chun. She was accompanied in her first meeting with Prof. Chomsky in November 2015 (pictured) by Christine Ahn, the founder of Women Cross DMZ, which led a historic march across the North-South Korean border last May (full disclosure, Ms. Chun, Ms. Ahn and myself are all affiliated with the Korea Peace Institute).

Chun: Do you feel that there will be any significant change in the foreign policy of the United States after President Obama?

Chomsky: If Republicans are elected, there could be major changes that will be awful. I have never seen such lunatics in the political system. For instance, Ted Cruz’s response to terrorism is to carpet-bomb everyone.

Chun: Would you expect that Hillary Clinton’s foreign policy would be different from President Obama’s?

Chomsky: Judging by the record, she is kind of hawkish—much more militant than the centrist democrats, including Obama. Take for instance Libya: she was the one pressing the hardest for bombing, and look at what happened. They not only destroyed the country, but Libya has become the center for jihad all over Africa and the Middle East.  It’s a total disaster in every respect, but it does not matter.  Look at the so-called global war on terror. It started in 15 years ago with a small cell in a tribal sector in Afghanistan.  Now it is all over, and you can understand why. It’s about comparative advantage of force.

Chun: How about Bernie Sanders–what do you think his foreign policy will be?

Chomsky: He is doing a lot better than I expected, but he doesn’t have much to say about foreign policy. He is a kind of New Deal Democrat and focuses primarily on domestic issues.

Chun: Some people in South Korea speculate that if Bernie Sanders gets elected, he may take a non-interventionist position towards foreign policy, which would then give more power to South Korea’s right-wing government.

Chomsky: The dynamics could be different. His emphasis on domestic policy might require an aggressive foreign policy. In order to shore up support for domestic policies, he may be forced to attack somebody weak.

Chun: Do you believe that Americans would support another war?

Chomsky: The public is easily amenable to lies: the more lies there are, the greater the support for war. For instance, when the public was told that Saddam Hussein would attack the U.S., this increased support for the war.

Chun: Do you mean that the media fuels lies?

Chomsky: The media is uncritical, and their so-called the concept of objectivity translates into keeping everything within the Beltway. However, Iraq was quite different. Here, there were flat-out lies, and they sort of knew it. They were desperately trying to make connections between Saddam Hussein and 9/11.

Chun: Do you think that the Iran nuclear deal is a good thing?

Chomsky: I don’t think that any deal was needed: Iran was not a threat. Even if Iran were a threat, there was a very easy way to handle it–by establishing a Middle East Nuclear Weapons Free Zone, which is something that nearly everyone in the world wants. Iran has been calling for it for years, and the Arab countries support it. Everyone except the United States and Israel support it. The U.S. won’t allow it because it means inspecting Israel’s nuclear weapons. The U.S. has continued to block it, and in fact blocked it again just a couple of days ago; it just wasn’t widely reported. Iran’s nuclear program, as U.S. intelligence points out, is deterrent, and the bottom line is that the U.S. and Israel don’t want Iran to have a deterrent. In any case, it is better to have some deal than no deal, but it’s interesting that Obama picked the day of implementing of Iran deal to impose new sanctions on North Korea.

Chun: And do you think that the same can be said about North Korea?

Chomsky: You can understand why. If North Korea doesn’t have a deterrent, they will be wiped out.

Chun: What is the most constructive way to address the nuclear issue in the Korean peninsula?

Chomsky: In 2005, there was a very sensible deal between the U.S. and North Korea. This deal would have settled North Korea’s so-called nuclear threat, but was subsequently undermined by George W. Bush, who attacked North Korean banks in Macau and blocked the North’s access to outside the world.

Chun:  Why does the United States undermine efforts to reach an agreement with North Korea?

Chomsky: I don’t think that the United States cares. They just assume that North Korea will soon have nuclear weapons.

Chun: Can you elaborate?

Chomsky: If you look at the record, the United States has done very little to stop nuclear weapons. As soon as George W. Bush was elected, he did everything to encourage North Korea to act aggressively.  In 2005 we were close to a deal, but North Korea has always been a low priority issue for the United States. In fact, look at the entire nuclear weapons strategy of the United States: from the beginning, in the 1950s, the United States didn’t worry much about a nuclear threat. It would have been possible to enter into a treaty with the one potential threat—the Soviet Union—and block development of these weapons. At that time, the Russians were way behind technologically, and Stalin wanted a peace deal, but the U.S. didn’t want to hear the USSR’s offer. The implication is that the U.S. is ready to have a terminal war at any time.

Chun: What do you think about U.S. “Pivot to Asia” policy?

Chomsky: It is aimed at China. China is already surrounded by hostile powers such as South Korea, Japan, Taiwan, the Philippines, and Guam, but the United States wants to build up more tension. For example, few days ago, a B-52 nuclear bomber flew within a couple of miles of China.  It is very provocative. Nuclear war ends everything, but the United States always plays with fire.

Chun: What do you think about Japan? Do you think Japan is remilitarizing, and if so, does this pose a threat to the region and the world?

Chomsky: Yes, Japan is trying very hard, but it is not certain that it will succeed. Take for instance Okinawa. There is no actual military purpose, but the United States insists on maintaining a base there.

Chun: As you know, part of my work centers on supporting individual activists in South Korea who do not tend to receive media attention.  Your statements of solidarity in support of them enable them to receive much-needed attention by the Korean media.  It has been very effective.

Chomsky: I hope that my support has been helpful. Is there any hope or mood in Korea in support of Sunshine Policy?

Chun: It is difficult due to the incumbent right-wing government.

Chun: As you know, successive conservative governments have obstructed engagement with the North, and this has greatly deflated the public mood on the matter. Opposition parties remain divided and ineffective, and the current government exercises tight control over the media and represses any activists who would express criticism. South Korea appears to be heading back to the authoritarianism of the 1960s and 1970s.

Chomsky: Part of the reason why the United States doesn’t care about North Korea is that the North Korean threat provides justification for the right-wing conservative regime in the South.

Chun: Yes, many people argue that the biggest obstacle in dealing with North Korea is South Korean right-wing politics.

Chomsky: Relaxation with North Korea would mean conservatives losing power in the South. That’s why, for instance, we have to keep the war on terrorism.

Chun: Professor Chomsky, thank you again for your time and your support.