According to Coulter, Trump borrowed all "that spicy stuff on Mexican rapists" from her latest book 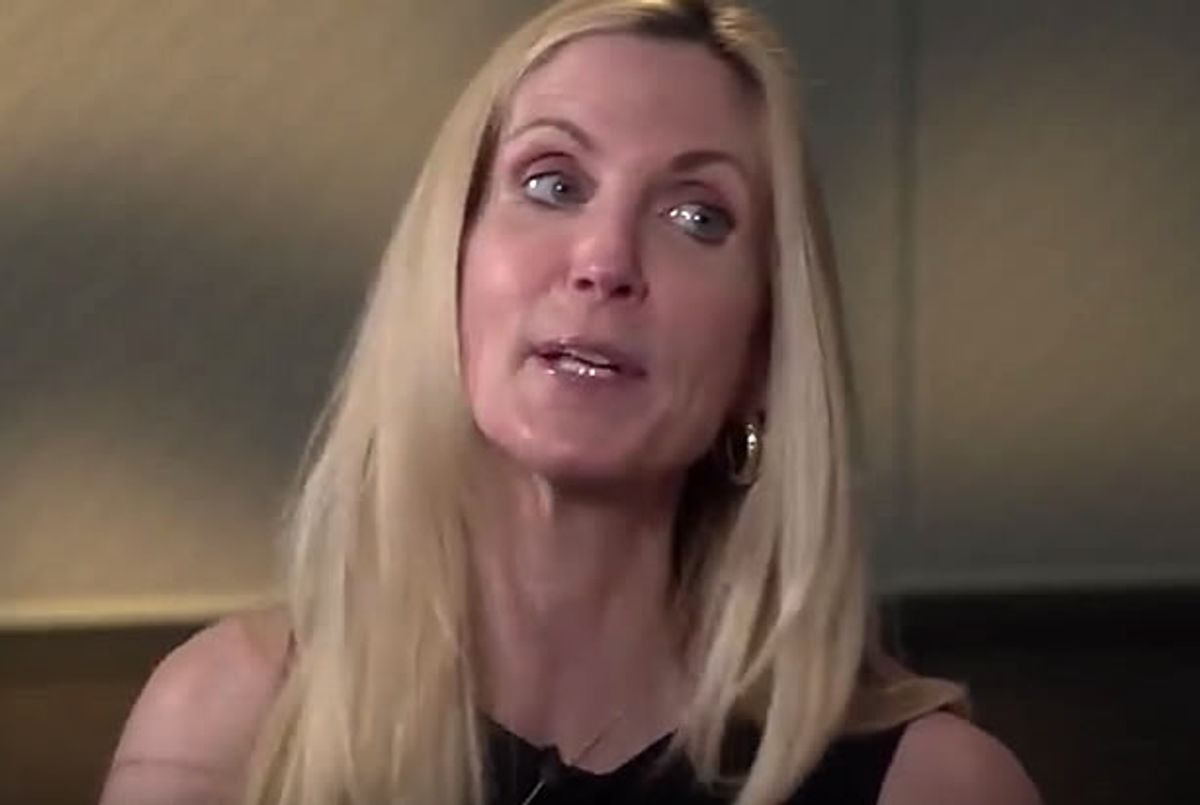 Last weekend, former A-list conservative rabble-rouser Ann Coulter appeared on the syndicated program "The Flipside with Michael Loftus" in order to take credit for the most base and vile elements of those who seek to put Donald Trump in the White House.

Coulter insisted that Trump borrowed the most offensive elements of his immigration platform from her latest book, which was "really important, and Donald Trump read it so you can understand everything that’s happening over the next year -- it’s where he got that spicy stuff on Mexican rapists."

What Trump supporters realize is that "we're all just Uganda now," because "the only way the refugee crisis and illegal immigrants, the only way it ever stops, is if all countries are identical -- so that there’s no reason to move from one country to another."

The only person who can "save" America is Trump, which is likely why she took to Twitter last night to encourage his more violent supporters to, essentially, be more violent than they already frequently are:

Watch the entire interview below via Sarah Burris YouTube.