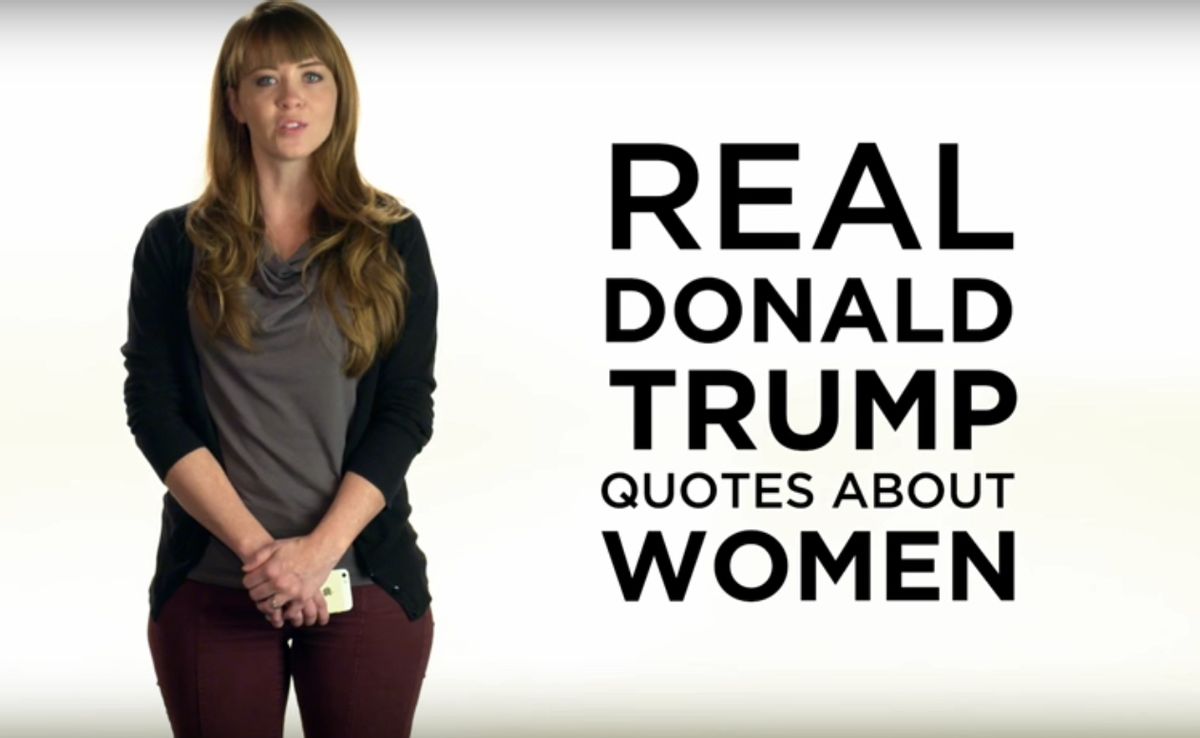 “Real quotes from Donald Trump about women,” begins a new 60-second spot released by Our Principles PAC, a group trying to prevent Trump from winning the GOP nomination.

“A person who is very flat-chested is very hard to be a ’10,’" another woman reads:

“You know, it really doesn’t matter what they write, as long as you’ve got a young and beautiful piece of ass.”

“That must be a pretty picture. You dropping to your knees.”

“This is how Donald Trump talks about our mothers, our sisters, our daughters,” the ad concludes. “If you believe America deserves better, vote against Donald Trump."

Watch the anti-Trump attack ad below: