Breitbart.com's crack-up over Donald Trump is a symptom of the corruption that brought us Trump in the first place 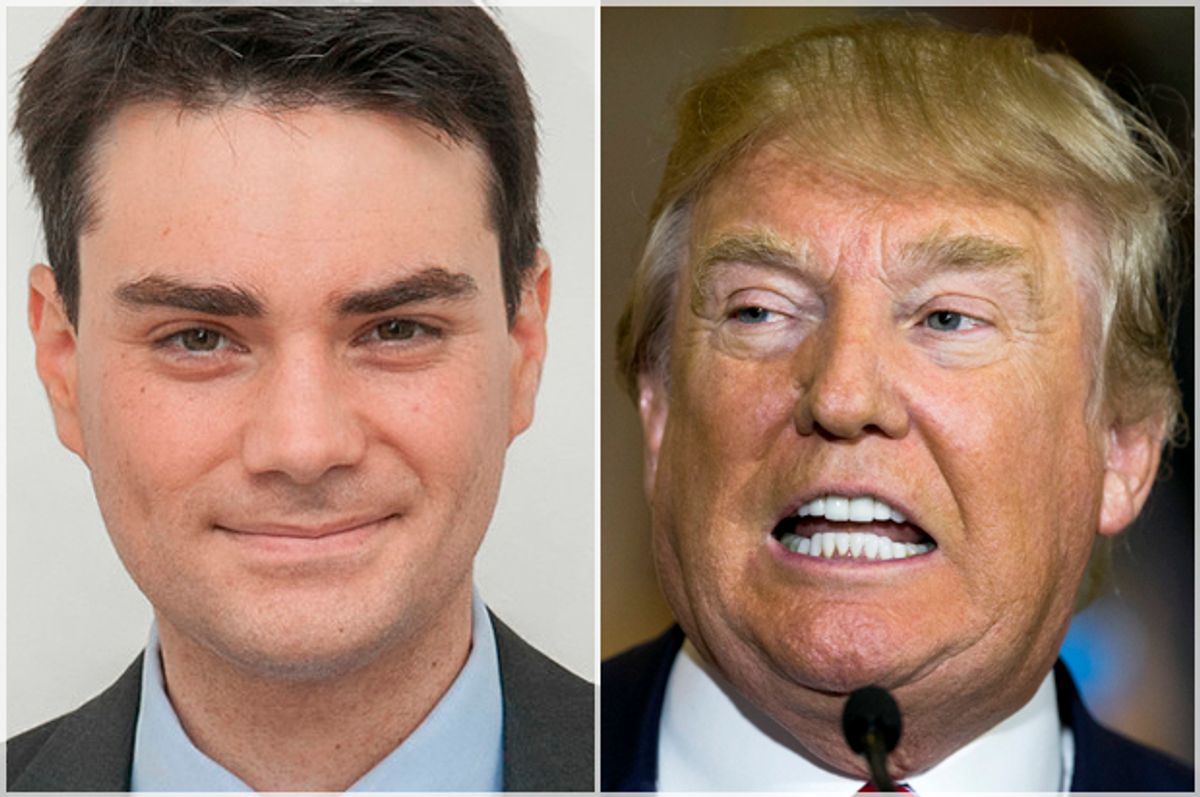 The late Andrew Breitbart’s media empire finds itself embroiled in an ugly internal conflict, and it’s all because of Donald Trump. For those who haven’t been following the bizarre details, Breitbart.com and Trump have enjoyed a mutually sycophantic relationship that was recently strained when Breitbart reporter Michelle Fields attempted to ask Trump a question, only to have Trump campaign manager Corey Lewandowski allegedly put his hands on her and roughly yank her away from the candidate. The Trump campaign adamantly denies the story, and the Breitbart management, while ostensibly standing with Fields, demonstrated an unseemly amount of deference to Trump’s denials, up to the point of questioning Fields’ version of events and responding weakly to the Trump campaign’s attacks on Fields’ character. Matthew Boyle, Breitbart’s Washington political editor, ran cover for Lewandowski, publishing a series of text messages which revealed that Boyle wanted to “make sure that this” – the allegation that one of his colleagues had been assaulted by a senior Trump official – “doesn’t turn into a big story.”

To the outside observer, it looked like Breitbart management was defending the Republican frontrunner at the expense of one of its own employees. That’s because they were – this morning both Fields and longtime Breitbart acolyte Ben Shapiro announced their resignations from the site, with Shapiro alleging that the conservative outlet had become “Trump’s personal Pravda.” Anyone’s who has followed Breitbart’s coverage of Trump over the last few months can attest to the truth of that statement (there have been unverified rumors flying around for a long time about a cash-for-coverage arrangement).

The Breitbart crack-up isn’t all that surprising, as Trump is doing the same thing to Breitbart as he is doing to the rest of the conservative movement and the Republican Party. He’s exploiting catastrophic fissures within the conservative media and political worlds to his own benefit. Almost a year ago I wrote that “the Republican primary is going to fracture the conservative media as right-wing print and broadcast outlets choose sides in the intra-party fight, and it’s going to result in some grossly hagiographic coverage of the candidates.” At the time, Breitbart was positioning itself as an arbiter of true conservatism within the party, and it looked like they were going to line up with Ted Cruz for 2016 – an alliance that made sense, given Cruz’s own obsessive focus on conservative purity.

But then Trump came along with his anti-immigrant bravado and rising poll numbers, and the Breitbarts realigned. They began talking about Trump as one of the truly “conservative” candidates, as opposed to more “moderate” candidates like Marco Rubio and Scott Walker. No rational person could ever credibly accuse an opportunist and ideological chameleon-like Trump of being more “conservative” than a lifelong true-believer like Marco Rubio, but Team Breitbart was clearly enamored of Trump and they agreed with his hardline posturing on immigration. So they began sucking up to the candidate in order to gain access and put themselves in close proximity to the frontrunner, all the while maintaining the idea that they were standing up for their principles. All that bowing and scraping to Trump has now blown up in their faces.

The Breitbart example helps us to understand the broader corruption within conservative politics that has brought them to this moment of division and rancor. Within the conservative media, you see outlets like Breitbart and certain talk radio hosts cozying up to Trump as his popular following has grown stronger, while more established publications like National Review are putting up (thus far ineffective) resistance to the Trump surge. Among Republican politicians, you see the hucksters and the strivers gravitating towards Trump as he inches closer and closer to power – Chris Christie, Ben Carson, Sarah Palin – while the party establishment either maintains a wary distance or (in the case of Mitt Romney) leads an opposition movement.

Everyone on the right is fighting over whether Trump is really one of them, and all the while they’re doing their best to ignore that they’re all responsible for creating the political conditions that brought them to this point. Trump thrives because the conservative media and Republican politicians have spent the Obama years aggravating racial grievances and prioritizing ideological purity over effective governance. Breitbart looks pretty bad right now, but there aren’t many people in conservative politics who look good.