"The Carmichael Show's" definitive take on Bill Cosby’s legacy: How Jerrod Carmichael became the most important comedian in America

“The Carmichael Show” takes issue episodes to the next level, making it a vital TV show for 2016 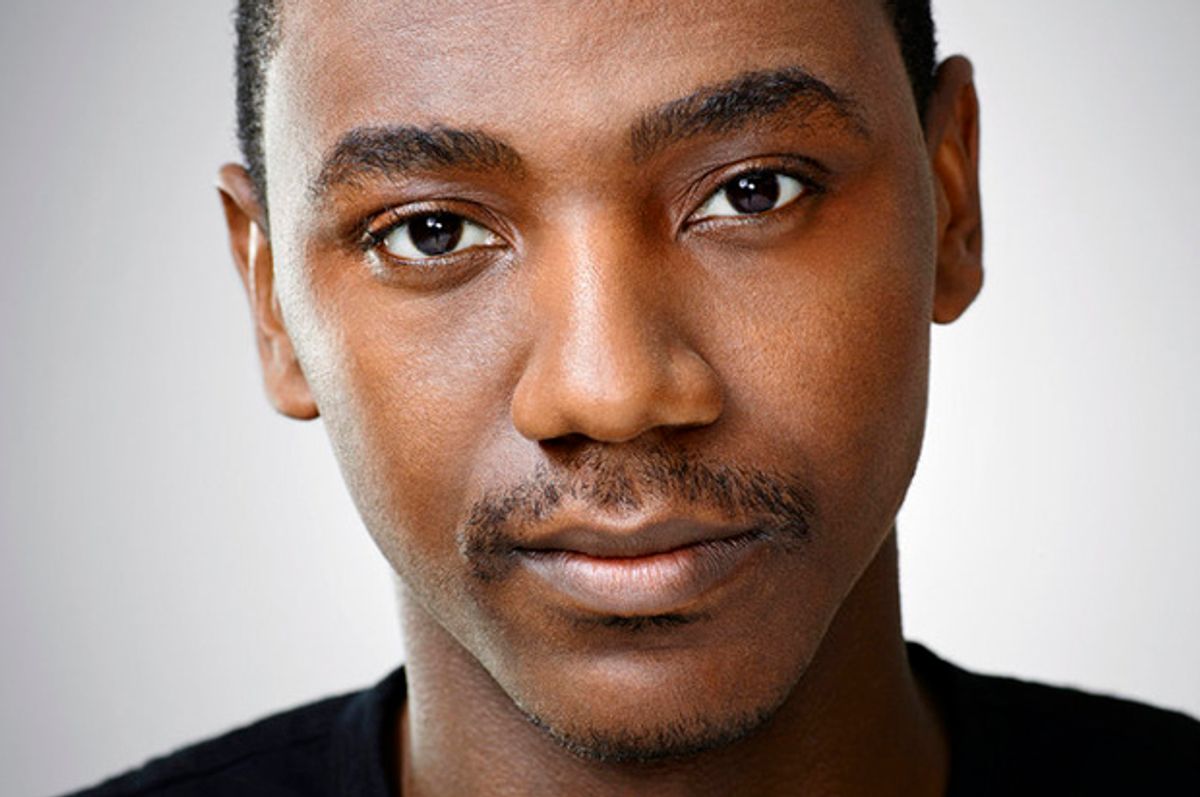 NBC’s “The Carmichael Show” is like nothing else on television, and there is no better proof of that than last night’s episode “Fallen Heroes,” which was about the ongoing Bill Cosby rape scandal. Creator and star Jerrod Carmichael—who more or less plays himself in the show—gets his girlfriend tickets to see Cosby perform live; her flat refusal to see the comedian perform sparks a discussion among the Carmichael clan about what it means to grapple with the legacy of any tarnished hero, but specifically, for this black family sitcom on NBC, this hero. “The Carmichael Show” owes its title, its format and its tenability as mainstream sitcom to “The Cosby Show,” and the episode is completely aware of it. Carmichael himself, as a stand-up comedian, clearly modeled much of his own career on Cosby’s. At the same time, this is a show about nearly any black family, stand-up sons notwithstanding. A family that grew up, like so many families did, on “The Cosby Show.”

So for this show and this comedian to consider the legacy of Bill Cosby is already presenting a perspective that feels revolutionary. As the A.V. Club’s Joshua Alston observes, Carmichael and co-writer Mike Scully are very aware of how the thorny issue of Cosby—as both a serial rapist and a trailblazer for the normalization of black lives and the mainstream acceptance of black comedy—isn’t one that’s easily resolvable. The episode leaves a lot of breathing room around most of its assertions—not to avoid the facts, but to avoid simplifying the issue—and the cast of characters, whose political beliefs range from religious and conservative to ideological indifference to bleeding-heart liberal, offer multiple arguments to identify with. As Pilot Viruet put it at Vulture, “The Carmichael Show’s" cast makes for “a microcosm of the internet in one living room.”

“The Carmichael Show” is attempting what should be impossible—a hot-button issue every week, in one of the most traditional television formats possible: a multi-camera sitcom with a laugh track, centered on a battered couch in front of the fourth wall of the audience. The show also films sometimes in Jerrod and Maxine’s loft apartment, but its heart and soul is in his childhood home, a brick Southern home with a picture window and flowered wallpaper. What’s most surprising is that it works. “The Carmichael Show” is a vehicle shaped and intended to be a tool of political discussion; from the deliberately throwback format to the wide political variance among the cast of characters, from Jerrod’s conservative parents (Loretta Devine and David Alan Grier) to his biracial, liberal girlfriend Maxine (Amber Stevens West).

But most important, “The Carmichael Show” is also incredibly, pointedly, unbelievably hilarious. Devine, who plays Cynthia Carmichael, is a God-fearing woman with impossible-to-forget inflections and mannerisms; when she learns who the stand-up tickets are for, she repeats “Bill Cosby?!” in increasing incredulity, meaning something different each time. Brother Bobby (Lil Rel Howery) asks if this means he can go back to listening to Chris Brown. Grier—who plays the patriarch Joe—responds with a virtuoso-like blend of ignorance and understanding, “Has there ever been a singer with the last name Brown who didn’t hit a girl? Chris, Bobby, James? The list is bottomless!”

“The ironic part,” Maxine says to Jerrod, when he shows her the tickets, “is that you’d have to knock me unconscious to get me to go.” He answers, flippantly—“I wouldn’t take you without your consent, Maxine!”

When “The Carmichael Show” premiered in 2015, it was just six episodes debuting late in August, in the dog days of summer. If you’re familiar with the broadcast television schedule, you know that the summer is when most scripted programming takes a hiatus, in advance of the regular television season starting in earnest in late September. It is, after all, summer, when people want to be outside more than they want to be in front of a television. Which is all to say that NBC’s decision to debut a short-run series, two episodes at a time, over three weeks in what Hollywood Reporter’s Dan Fienberg called an “odd late-summer hole,” is quite a message of non-confidence. It’s saying, we don’t think much of these episodes, so we’re burning them off where no one can see them. It’s saying, no one was going to watch this anyway.

They have rather radically changed their tune. “The Carmichael Show,” which returned for its second season last week, has rebounded from its ignominious origins to, as of yesterday, having the most coveted lead-in on NBC’s schedule—Sunday night prime time, following Steve Harvey’s overnight success “Little Big Shots.” The lead-in of a hefty reality TV show audience is a tried-and-true way to build an audience for a fledgling sitcom, and “The Carmichael Show” premiered its second season with two new episodes in a row—in a nod to the changing viewing patterns of the average American family, who are more used to binge-watching than ever. And with a sitcom about a black family following a reality show hosted by black television personality Steve Harvey, NBC is not just embracing “The Carmichael Show,” but also discovering that investing in diversity leads to better ratings, in what is an increasingly competitive market.

But “The Carmichael Show” broke out all on its own, proving itself in the wasteland of summer entertainment. Variety reports at the time that the show’s second-week ratings uptick was the first of its kind since 2006, and its overall viewers were the largest for a show in that summer time slot since 2004. “The Carmichael Show” beat out numbers from an era before Netflix streaming and Hulu; for the latter statistic, even YouTube wasn’t around yet. The show only had three weeks to imprint on the American audience, and it found a way to stick.

There’s a story here about NBC’s incompetence—not just in being unable to foster a competent comedy, but not even being able to spot a great one when they had it—but there’s also a story here about how unlikely a hit “The Carmichael Show” was. Here was a multi-camera sitcom helmed by a comedian not well known out of the stand-up scene (or serious fans of the Seth Rogen/Zac Efron film “Neighbors”); like the highly regarded ABC sitcom “Black-ish,” it aimed to bring the black family comedy back to broadcast television. In late August of last year, it certainly seemed like it could be derivative, forgettable or simply not very funny.

What changed everything, very early on, was “The Carmichael Show’s" second episode, “Protest.” It had been just over a year since the killing of Mike Brown in Ferguson, Missouri, sparked a wave of protests and birthed the Black Lives Matter movement, which has grown to become a formidable political entity. In the year following, though, progress was hard to find in police departments—but was more visible than ever on television, as more and more programming starring and created by creatives of color found an audience. It made for a charged juxtaposition between real-life and representation, what I have earlier called the “just one guy” problem.

“The Carmichael Show” stepped into that fraught space and decided to own it, right from the jump. Instead of ignoring the politics of being black in America, the show confronts them head-on; instead of using its comedy to escape big questions, “The Carmichael Show” uses its comedy to illuminate them. In “Protest,” the Carmichael family is torn on whether to join in the demonstrations around the death of another young black man; in the middle, Bobby and his estranged wife, Nekeisha (Tiffany Haddish), roll up with a huge flatscreen TV. When the other Carmichaels ask why they looted a television, they protest that they stole it from someone who had stolen it first. Cynthia goes upstairs to dig her old protest garb out from the attic, and then scolds Maxine for making the amateur mistake of wearing wedges to a march. “Protest” is about the horrific injustice of institutional racism, of course; but it is also about how all of it, whether it is politics or not, is filtered through the lens of family.

It’s this that makes the show feel so compulsively watchable: the sense of togetherness, sharp edges and all. Conversation has become increasingly fraught in this country, but on “The Carmichael Show,” it reigns supreme, despite many differences both within the family and in the outside world. Jerrod Carmichael’s stand-up, writes Jonah Weiner in the New York Times, is an aggressive, groan-inducing kind of humor, one that leans into the role of “race traitor” and pushes hard. But as his profile of Carmichael reveals—that rebellious streak is an indication of some deeper mission, some irrepressible streak of character. The comedian’s investment—and the show’s, too—is not in being “correct” or in running the other way from politics, but in beginning an uncomfortable but important conversation. And if “The Carmichael Show’s" conversations are on a stuffy sofa, in a kitschy living room, with embroidered cushions and pine end tables—well, so much the better; that’s where they need to be.