Is he a prophet, a weapon or a spy? Adam Driver and Michael Shannon face mysterious superkid in a timely puzzler 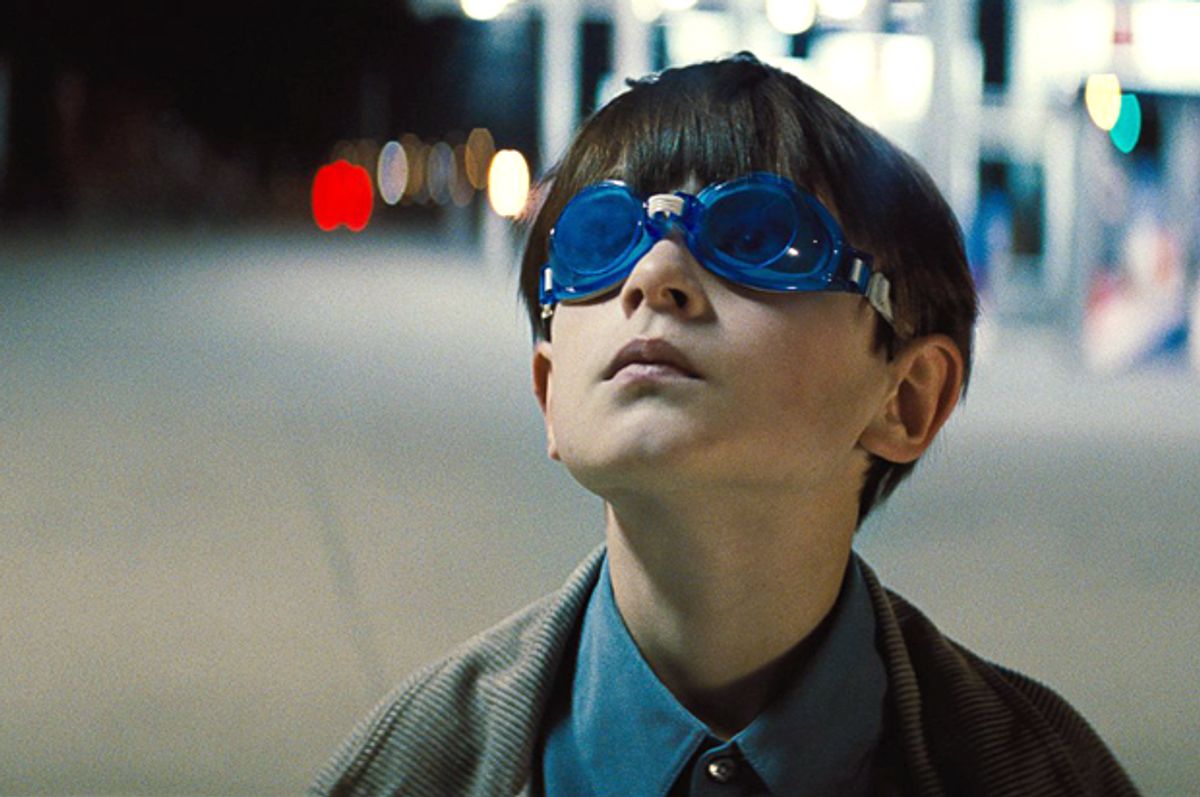 I honestly don’t know whether it’s healthy to see a movie and have the immediate reaction that it would make a terrific cable TV series. Such was my response to “Midnight Special,” the engrossing new supernatural thriller from writer-director Jeff Nichols that plunges us into the middle of a world both familiar and strange. If the relationship between movies and television has long been contested it is especially confusing right now, and the boundary has become increasingly porous. Turning “Fargo” into a TV show sounded at first (to me) like an idea that could only demean the legacy of the Coen brothers’ film or produce a knockoff riddled with lame gags; whether or not you like that series, it has done neither of those things. Only those with short cultural memories would claim this is some new problem, given that an antiwar film made by Robert Altman in 1970 became the basis for the longest-running comedy series in TV history.

If you haven’t caught up to Nichols yet after “Mud,” his Tom Sawyer-gone-dark rural adventure with Matthew McConaughey, or “Take Shelter,” his apocalyptic fable with Michael Shannon and Jessica Chastain, you need to. Everything he makes is worth watching, and he’s one of the storytellers who is both shaping and chronicling the anxieties of our young century. “Midnight Special” might be Nichols’ Bob Dylan-goes-electric moment, in that it clearly tries to push toward the interests and appetites of a much larger audience, while still embodying his obsessions with backwoods Americana and the hidden or mysterious superstrata of human existence. I suspect this movie will sharply divide Nichols’ existing fan base for reasons I can only allude to vaguely in a review; I loved it, or almost all of it, but I can understand the uncertainty.

In suggesting that “Midnight Special” might have a TV destiny, I’m not seeking to diminish it as a film. None of Nichols’ films, going back to his 2007 debut feature “Shotgun Stories,” is big on conventional plot, but “Midnight Special” has a combination of narrative density and political or social allegory that has become commonplace in cable drama, from “Homeland” to “The Americans” to “Mr. Robot.” We get very little exposition about why Alton (Jaeden Lieberher), the 8-year-old boy at the center of the story, is seen as so extraordinary, or why the federal government, members of a fundamentalist Mormon-style sect and possibly unknown others are so eager to find him.

What we know is that Alton is traveling across east Texas, northern Louisiana and other parts of the rural South with two adult men in a primer-gray ’72 Chevy hot rod. One of those men, Roy — played by the reliably terrific Shannon, a Nichols regular at this point — is getting his picture splashed all over TV news broadcasts, along with the license number of the Chevy. Most of the darker possibilities behind this scenario lift right away, as it becomes clear that Alton is not just a willing companion but is in some sense directing the journey, and also that Roy is his birth father. (An extremely minor spoiler, I promise you.)

So this isn’t an abduction, at least not in the classic sense, whatever Nancy Grace is saying about it on TV. As for what’s really going on, there is never a scene when Nichols has some authority figure sit heavily in a chair and explain it all, and for that I am profoundly grateful. Yes, it will eventually become clear why Alton almost always wears tinted swim goggles and never goes outside by daylight. (No, he’s not a vampire, thank Christ.) We will learn, more or less, why Alton became central to the life of the isolated religious community led by Calvin Meyer (Sam Shepard), and why the government became so interested in Meyer’s sermons that a nerdy young NSA analyst named Paul Sevier who appears not to own a tie (played by Adam Driver, without a light saber) has started tagging along with the FBI.

Nichols uses the compressed time of cinema with tremendous verve, flinging us headlong into a story whose forward momentum is captured perfectly by that midnight-running Chevy. (Sadly, it becomes necessary to ditch that particular vehicle on the group’s journey toward an ambiguous rendezvous in the Florida panhandle.) What a TV series could presumably do is explore all these people’s stories in more detail, and answer some of the questions for which the screenplay of “Midnight Special” simply doesn’t have time. Exactly how and why did Roy lure his old friend Lucas (Joel Edgerton), a Texas state trooper by day, into his blatantly illegal act of resistance? As Nichols did with “Take Shelter,” which both was and was not a movie about global climate change and its consequences, he has employed blatantly fanciful elements here to depict the world that produced the competing insurrections of Bernie Sanders and Donald Trump, a world where state authority is seen as inherently untrustworthy and information has become a tool of oppression.

Driver’s character, the NSA info-geek named Paul who knows only that Alton possesses an unimagined ability to conquer or outwit all the codes, ciphers and secrets his agency can invent, is in many ways the key to the story. When he finally comes face to face with Alton, Paul tells him, “I think you’re a weapon,” in hushed tones of mingled admiration and threat. Of course we’re expected to conclude that isn’t the right answer, but what is? Meyer, laconic leader of the fundamentalist commune, sees Alton as a prophet who receives visions straight from the deity. Nichols is totally unafraid of the big questions; some of those that come into play here include whether “prophet” and “weapon” are two ways of saying the same thing, and what unknown or poorly understood aspects of reality might lie behind our species-wide preoccupation with supernatural phenomena.

In the compressed universe of “Midnight Special,” Paul is required to flip almost instantaneously from one state to the other, as if from a 0 to a 1 (a joke he would no doubt appreciate), on the way toward an extraordinary revelation of Alton’s destiny that is perhaps too sudden and hurried to be fully satisfactory. I’m eager to debate the ending of “Midnight Special” with all comers — but let’s not do that right now, OK? In the TV version of this story (which for all I know is not remotely contemplated and will never happen) all sorts of things could be explored in more detail. We could learn more about the conversion of Paul and why it happened — yeah, his name would seem not to be accidental! — not to mention more about Alton’s relationship to the human race and the differences between a prophet and a weapon. I suppose we could try to figure those things out for ourselves, but TV is always easier.