Bernie Sanders & the death of TPP: Why his stunning Michigan upset could be the final nail in the free-trade coffin

At a campaign event this weekend, Hillary Clinton opposed the trade deal like never before. Can you guess why? 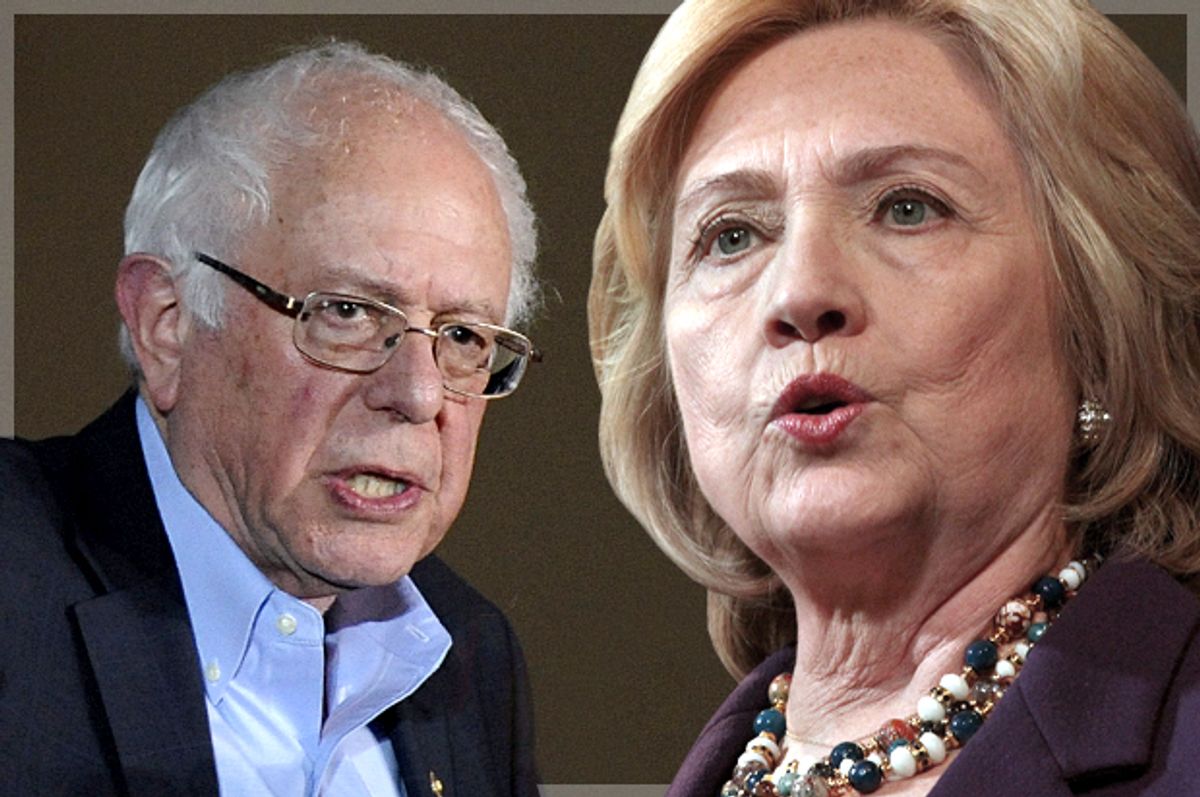 Horse-race journalists dismissed Bernie Sanders’ victory in Michigan last week by pointing to the unforgiving delegate math. Because Hillary Clinton currently leads by roughly 228 pledged delegates, Sanders would need not just to win states tonight, but win them by good-size margins to recapture the lead. Squeaker victories just tread water, given how Democrats distribute delegates on a proportional basis.

But that’s a cramped way of looking at a presidential primary and its effect on politics. Because we’ve already seen a tangible result from Bernie’s victory in Michigan, one that could set Democrats on a different path on manufacturing and trade for a generation.

In a campaign event this weekend in Youngstown, Ohio, Clinton went further than before in opposing the Trans-Pacific Partnership (TPP). Instead of stale bromides like wanting to make trade agreements “work for workers,” she took aim at a specific policy: the “rules of origin” for automobiles.

Indeed, as I wrote for Salon almost one year ago, the TPP’s rules of origin represent one of the worst provisions affecting good-paying jobs in the Rust Belt. The rules refer to how much of a good can be produced outside a member country while still qualifying as originating from inside a member country. As Rep. Brad Sherman, D-Calif., said at that time, this makes TPP a great deal for China. "Goods can be 65 percent made in China, then they can ship them to Vietnam, slap a ‘Made in Vietnam’ label on it and get them into this country duty-free," Sherman explained. "But because China’s not party to the agreement, we can’t get our goods in [to China]."

TPP’s rules of origin on automobiles, a focus of labor union attacks, are particularly egregious, because they have been worsened from prior agreements. Under NAFTA, 62.5 percent of a car had to be made in one of the three member countries (the United States, Canada or Mexico) to be traded tariff-free. In TPP, that number was reduced to 45 percent, and an appendix states that other car part components would be automatically considered as coming from a TPP country regardless of its origin, lowering the number in many cases to 35 percent. So a car could be labeled “Made in America,” even if a majority of its parts, including the steel, originates from China.

That’s critical for Ohio, one of the few states with steel mills left. And because Japanese automakers already import many cheap Chinese parts, it gives them a manufacturing edge, hurting the entire U.S. auto industry. Domestic automakers are already responding by seeking to lower their own costs: General Motors plans to sell a Chinese-made Buick inside the United States.

In Youngstown, Clinton declared the situation unacceptable. “We are no longer going to be at the mercy of whatever any country decides to do to take advantage of our markets,” Clinton said, with Ohio Sen. Sherrod Brown, U.S. manufacturing’s biggest champion in Congress, flanking her.

While many assume Clinton is simply pretending to oppose TPP until becoming president, her complaint is not a generalized opposition that can easily be walked back. She made a very specific claim that the rules of origin for auto parts were inadequate and needed to be changed. It’s technically possible for her to go back on her word and sign TPP afterward, but getting specific makes it that much harder.

Let’s be clear: Seeking this change from the other 11 TPP member nations would probably doom the entire deal. It was difficult enough to reach a compromise at all; negotiations took several years and looked dead at several points. The reason President Obama sought trade promotion authority was to ensure that Congress couldn’t change a word of the final agreement. Now Clinton says she wants to alter a major piece.

This would put TPP back on a negotiation track. And Japan’s Economic Minister, Akira Amari, has already said his country would not re-negotiate TPP with a new Clinton Administration. “If we go back now, many countries will be left wondering what was all the effort for to agree this deal in the first place,” he told Reuters in October.

This also makes it much harder for Clinton supporters in Congress to deliver the required votes to sign off on TPP, should it come up for a vote during the balance of the Obama presidency. A vote before the election is highly unlikely, and if Clinton is president-elect and wants TPP changes, how could Democrats agree to ram through the deal in the lame duck session? Donald Trump’s fierce opposition to TPP creates the same pressure on the other side of the aisle.

So while Bernie Sanders, in a statement this weekend, criticized Clinton’s Youngstown remarks, saying, “We don’t need to tinker with this agreement, we need to defeat it,” it looks to me like tinkering and defeating are pretty much the same thing. And this comes directly out of Sanders’ win in Michigan, and the prospect of a repeat in Ohio (and in North Carolina, another state voting today, which actually lost more jobs from past trade agreements than Michigan).

Clinton’s harder line against trade agreements that shortchange U.S. workers reflects a new reckoning, even at the highest levels, of the benefits of these deals, which are less about trade and more about locking in corporate profits at the expense of labor. Even Paul Krugman, who earned his Nobel Prize in economics for his work on the gains from trade, is now skeptical. “The elite case for ever-freer trade… is largely a scam,” Krugman wrote last week. After decades of questionable rewards and demonstrable desperation produced by globalization policies, without adequately compensating those who lose out, elites are finding it harder to tout the fruits of their handiwork.

Sanders’ role in the 2016 campaign, therefore, may signal the end of so-called free trade agreements. That’s good news for anyone who wants to increase wages, reduce inequality, and stop the growing corporate takeover of our government. Trade agreements presented the best opportunity for multinational corporations to secure provisions that could never pass on their own. Sealing off that route is an unabashed good for public policy.

Ultimately, we’re still going to exchange goods with other countries. But without more trade agreements relinquishing our sovereignty to corporate forces, we might be able to focus on more important trade-related matters, like rebuilding an advanced manufacturing base in America and strengthening the security of our supply chains with domestic production. In other words, we can work on better jobs and outcomes for the middle class instead of more profits for corporations. A two-point victory in a primary may not have changed the delegate trend in the election. But it might have changed the world.