"A step backwards for justice": Despite pressure from activists and Black Lives Matter, families of police brutality victims seeing no progress 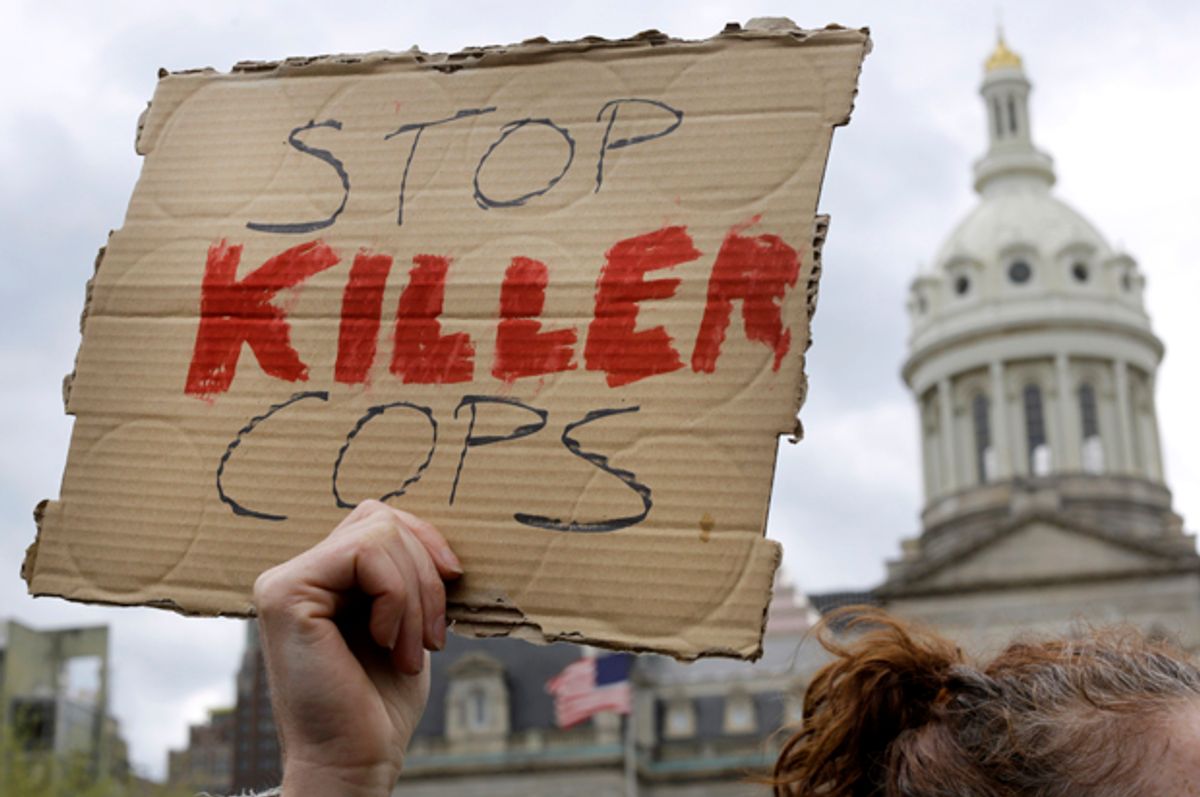 A December 2014 investigation found that, out of the 179 cases in which the NYPD killed residents over a 15-year period, just three led to indictments, and only one to conviction. In 86 percent of the cases where the race was known, the victim was black or Latino.

The Black Lives Matter civil rights movement has ignited a discussion about this state violence in the U.S., and the disproportionate toll it has on black and Latino Americans. Despite months of pressure from activists, however, those who have lost loved ones to police brutality in New York are concerned that their government is not holding the culprits responsible.

On March 8, U.S. Attorney Preet Bharara announced he would not pursue charges against the New York police officers responsible who killed Ramarley Graham, a black Bronx 18-year-old who was shot point-blank in the chest in his home in 2012, in front of his grandmother and 7-year-old brother.

Graham's parents and activists criticized New York Mayor Bill de Blasio and NYPD Commissioner Bill Bratton, who they say have done nothing to bring justice. Richard Haste, the officer who killed Graham, still works for the NYPD, and has received raises of almost $25,000 in the four years since he fatally shot the young man.

"After four years, there has been no justice or accountability – NYPD officers murdered our son in his home," Graham's parents said in a statement. "He was doing nothing wrong, he should have been safe at home. NYPD busted in without a warrant and then abused and intimidated members of our family while releasing misleading and inaccurate information about the killing."

"The criminal justice system on the local and federal levels have failed to demonstrate a commitment to valuing and protecting black lives," they added. "Mayor de Blasio and Commissioner Bratton are part of this injustice and devaluing of Ramarley's life as long as they allow these officers to continue receiving paychecks as NYPD employees."

The civil rights organization ColorOfChange created a petition asking de Blasio to fire all officers involved in the killing.

Other families have taken similar action.

On March 11, 16 family members of New Yorkers killed by police — including the mothers of Eric Garner, Sean Bell and Ramarley Graham, among others — sent a letter to Gov. Andrew Cuomo, expressing "deep disappointment" with his plan to replace the executive order he issued in 2015 authorizing a special prosecutor in cases where police kill civilians with his older "independent monitor" plan.

In 2015, families of New Yorkers killed by police urged Cuomo to issue an executive order authorizing a special prosecutor in cases where police kill residents. Cuomo instead proposed creating an independent monitor to review grand jury proceedings and the actions of district attorneys in such cases. The family members, along with social justice activists, criticized this plan, and pressured the governor to change it.

Cuomo said he would agree to issue an executive order for a special prosecutor if his proposal for an independent monitor failed to pass the legislature. When it failed, Cuomo agreed to issue the executive order.

Now, the governor is taking a step back and returning to his independent monitor plan. The families protested this decision in their letter.

"We remain strongly opposed to this plan, and see it as a step backwards for justice in New York and a retreat from the sentiments you expressed to both us and the public on this issue," they wrote, arguing the independent monitor "is not a special prosecutor, but more narrow, weaker and less independent."

The families urged Cuomo "to strongly reconsider advancing this regressive proposal" and requested a meeting with the governor.

"We were proud to stand with you last year when you demonstrated national leadership by signing the executive order for a special prosecutor," they continued. "You were not only responsive to our advocacy but that of impacted Black and Latino communities across New York and the country, who saw hope in your action and the supportive movement of people behind it."

"The overwhelming impediment to justice in these cases was the status quo that allows the major conflict of interest to persist when local district attorneys, who collaborate with and depend upon the police on a daily  basis for success, handle them," the families said. "Why would we return to this status quo?"