Baby boomers have a Donald Trump problem: Immigration, nativism and the mythic golden age of the middle class 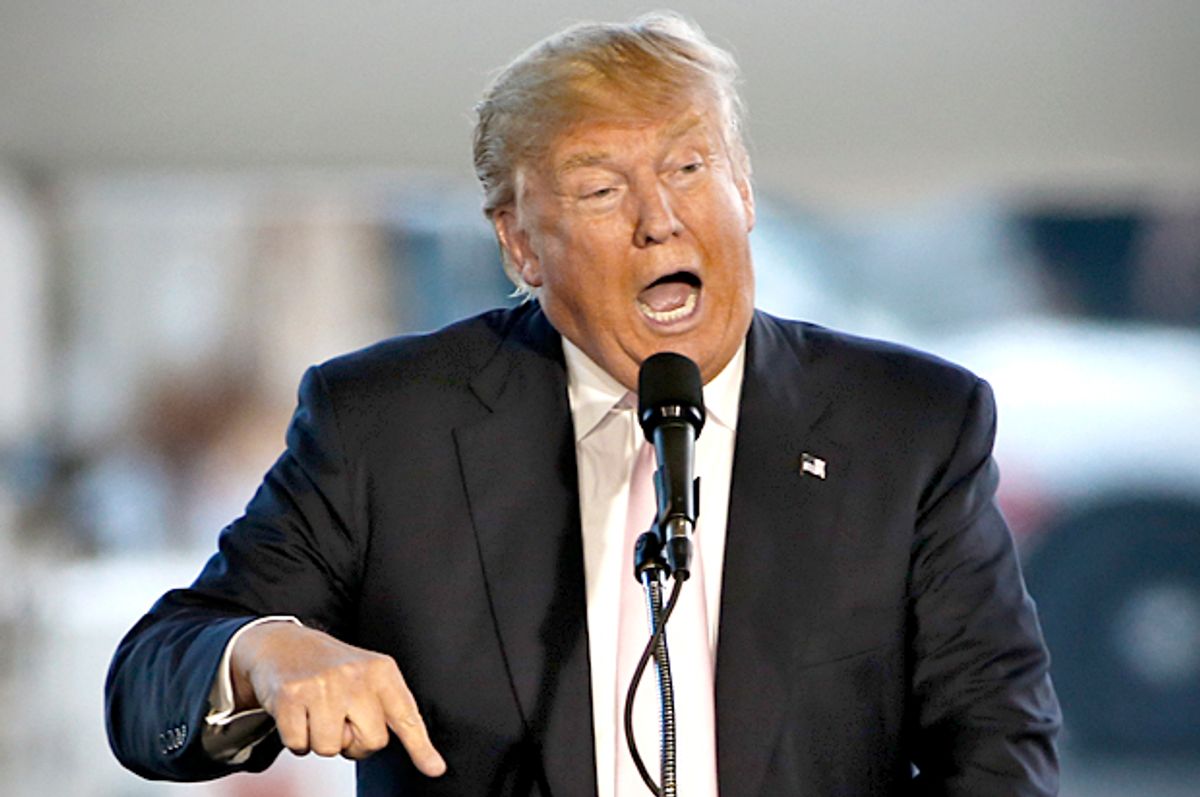 If you grew up in mid-20th century America, you probably didn’t know many immigrants. There was Gus, the refugee from the Greek civil war who ran a bar across the street from the factory gate; and Mrs. DiNardi, the parish widow who sailed from Sicily to Ellis Island in 1900. Television offered a few lovingly comic portrayals: Lucy’s husband, Cuban bandleader Ricky Ricardo, and Danny Thomas’ Lebanese Uncle Tonoose. For the most part, though, the immigrant experience was a relic of an earlier era in the nation’s history. In the 1960s, only 4.7 percent of the population was foreign born, the lowest proportion ever.

When Donald Trump promises to Make America Great Again by building a wall to keep out Mexicans and banning all Muslims from entering the country, this is the Great America to which he hearkens. It was a nation created by an earlier nativist panic, which occurred during a period of jarring demographic change and economic dislocation similar to today, and whose outcome still resonates in the anti-immigrant attitudes of 2016.

Between 1900 and 1910, 8.2 million immigrants arrived in the United States, mostly Catholics and Jews from Italy, Poland, Austria-Hungary and Russia. World War I put a temporary halt to the arrivals, but after the conflict ended, the ships began returning to New York Harbor, just as the wartime boom bottomed out. America’s rural Protestant majority found the newcomers alarming. They practiced exotic religions, drank to excess, and slavishly obeyed urban political bosses. Worst of all, their rejection of birth control meant they might someday outnumber the real Americans. The Saturday Evening Post, a leading organ of small-town thought, predicted that more Jews, Slavs and Latins would result in “a hybrid race of people as worthless as the good-for-nothing mongrels of Central America and Southeastern Europe.” The Ku Klux Klan got a second wind, this time with Bolshevik Jews and Romish Papists as its demons. In California, voters approved a referendum forbidding Japanese land ownership. Unions battled for restrictions on immigration, against industrialists who wanted to keep the spigot of cheap labor open. And Prohibition banned an Irish and Italian vice corrupting farm boys moving to the city.

To pacify white Protestant fears of an ethnically dominated America, Congress passed the Johnson-Reed Act of 1924, establishing immigration quotas based on each nation’s representation in the population of 1890 – before the surge in immigration from Southern and Eastern Europe.

“Through the whole movement, from 1921 on, for more drastic curbs on the new immigration ran an increasingly assertive racial nativism,” wrote John Higham in "Strangers in the Land: Patterns of American Nativism, 1860-1925." “Out of the rising vigor of the racial tradition in the early twenties came one plea after another for an immigration law specifically designed to keep the old stock from becoming ‘hopelessly bogged down in the mire of mongrelization.’”

The Johnson-Reed Act severely curtailed immigration until 1965, when the Immigration and Naturalization Act abolished quotas. By 1933, only 23,000 immigrants arrived in the U.S., far below 1907’s high of 1.2 million. As a result, the baby boomers – the 50-ish and 60-ish voters who form the core of the Trump Coalition – were raised in a society almost devoid of foreigners, except for elderly Europeans retired from the workforce: By 1960, Italy was the most common nation of origin for non-native Americans.

Many baby boomers recall their childhoods as the golden age of the American middle class, and the argument has been made that the immigration ban contributed to the good times. In his 1964 book "Manpower and Economic Growth," economist Stanley Lebergott concluded that advances in productivity could not account for all the wage gains since the 1920s, especially for low-wage workers: “Instead we find that halting the flow of millions of migrants offers a much more reasonable explanation.”

Unions made enormous gains during this period, because companies could no longer import foreign strikebreakers. Millions of African-Americans migrated north to take dirty factory jobs that had once gone to Europeans. The era’s prosperity contributed to a magnanimous liberalism that extended rights to ethnic groups no longer seen as competitors with white labor: President Johnson signed the Voting Rights Act and the Immigration and Naturalization Act in the same year.

A half-century later, 13.1 percent of the population is foreign born, almost as high as a hundred years ago. Mexicans are the largest group. The New York Times has called immigration “a new generational fault line,” because “baby boomers and older Americans – even those who fought for integration – came of age in one of the most homogenous moments in the nation’s history.” According to a recent Rasmussen poll, 56 percent of voters over 40 want to build a wall along the Mexican border, compared to 42 percent of 18-to-39 year olds.

This return to a polyglot America coincides with a time when low-skill workers are suffering painful economic reverses. Wages have been flat for decades, even as productivity has increased, resulting in inequality not seen since … the 1920s. The Great Recession wiped out $16 trillion in household wealth. Middle-aged whites without college educations are in such despair over their fortunes that their death rates are increasing due to drug use, alcoholism and suicide. These are the voters most attracted to Trump’s nativist message. He leads Hillary Clinton by 24 points among non-college whites. And he’s attracting their support with nativist rhetoric that sounds uncannily similar to the anti-immigrant language of the last century.

In 1918, the anti-immigration National Civic Federation raised a similar specter of rape against Germans: “Shall we permit the bestial hordes who ravished Belgium women and bayoneted little children to make their homes where American womanhood is held sacred and innocent childhood is loved?”

Trump views all Muslims as a fifth column of the Islamic State, an organization he believes is bent on destroying Christian America: “tens of thousands of people have cell phones with ISIS flags,” he said during a debate. “They’re not coming to this country if I’m president.” The Ku Klux Klan felt exactly the same way about Roman Catholics. In 1928, Sen. Thomas Heflin of Alabama, a reputed Klansman, declared that “[t]he Knights of Columbus slogan … is make America Catholic. Here they tell you in their book that they will force the propaganda of Protestants to cease. They will lay the heavy hand of a Catholic state on you and crush the life out of Protestantism in America.”

Nativism was an effective platform for the Republican Party in that year’s presidential election, when it tarred the Catholic Al Smith as the candidate of “Rum and Romanism.” (Heflin crossed party lines to vote for Herbert Hoover, resulting in the loss of his Senate seat.) The party has gotten so much mileage out of branding itself as the National Association for the Advancement of White Protestants that nearly a century later, it’s taking a stand against another new America, with the support of voters who preferred the America created by its last great immigrant panic. There’s nothing new about Trump’s nativism except the groups at which it’s directed.