How to make "Indiana Jones 5" the best of the series: Kill off the racist, sexist tropes the series is steeped in 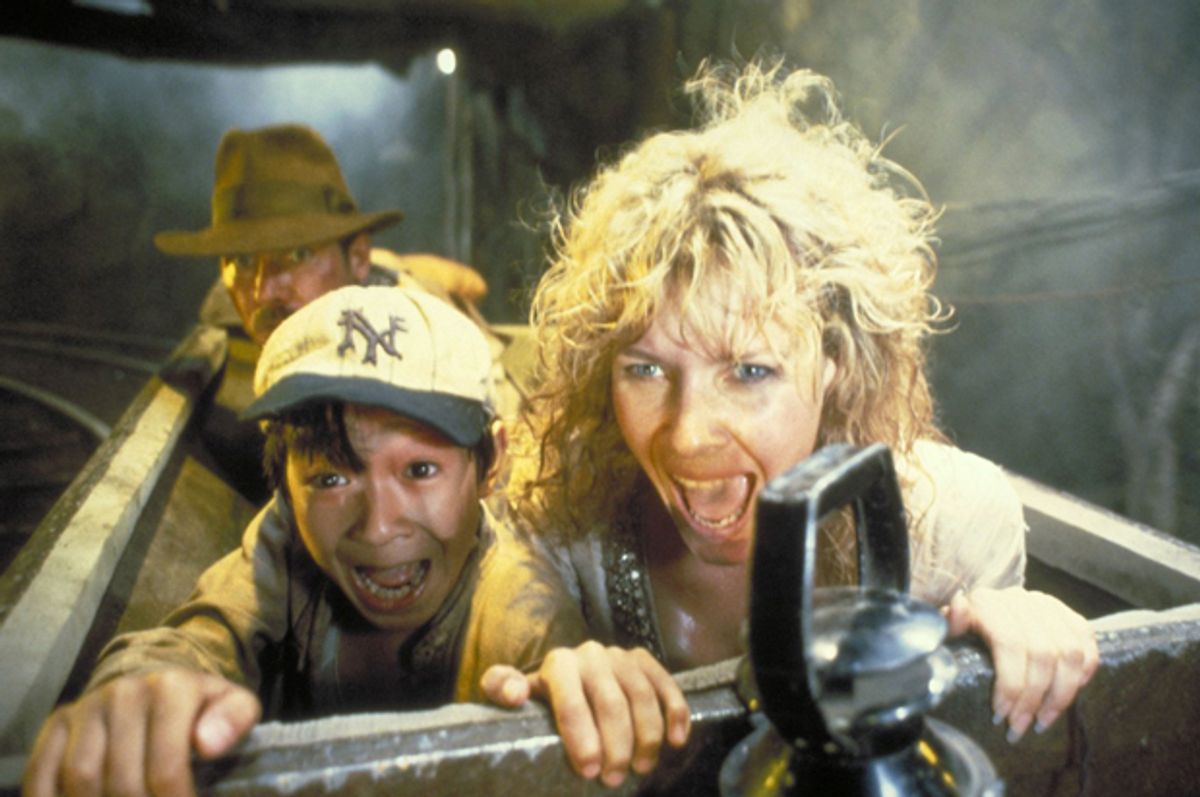 Like most millennials, I’m absolutely psyched that Steven Spielberg is making a fifth "Indiana Jones" movie. The 1980s trilogy was a staple of my childhood, and after the disappointment of 2008’s "Indiana Jones and the Kingdom of the Crystal Skull," I’m hoping with bated breath that this new (and presumably final) chapter will offer a fitting close to the Harrison Ford-helmed series.

That said, there is something the existing Indiana Jones films contained that I hope Spielberg will be circumspect enough to omit this time around — namely, the copious quantities of racism and sexism.

It gives me no joy to admit such a thing about such a cherished franchise, but the bigoted tropes in some of these films are so rampant that they become cringe-inducing. We can start with the original film, 1981’s "Raiders of the Lost Ark," which perpetuated Hollywood’s long-standing tradition of vilifying Arabs. As a study published by the Islamic Human Rights Commission pointed out, that film utilized “cultural stereotypes and scenarios [that] are patently obvious,” including a street scene with bazaars, veiled women and snake-charming music. Aside from a character in Arab-face played by John Rhys-Davies, the Arabs in "Raiders of the Lost Ark" exist mainly to affirm the movie’s Orientalist stereotypes. They aren’t human beings with agency who impact the plot as much as the characters of European descent, but two-dimensional archetypes who cheer, jeer, aid or thwart the protagonists as the needs of the plot dictate.

Of course, while the offenses in "Raiders of the Lost Ark" can at least be contextualized as par for the course in 1980s Hollywood, the same cannot be said for the prejudice against Indians in its sequel, 1984’s "Indiana Jones and the Temple of Doom." When the filmmakers requested permission to shoot in India, the government denied them on the grounds that they thought the movie racist. Despite this undeniable warning, Spielberg and crew proceeded, and the subsequent movie — though quite fun on a visceral level — makes it clear why the Indian authorities later banned it from being screened in their country. Setting aside the cackling Chinese gangsters from the opening sequence, the movie contains blazingly racist caricatures of Indians eating disgusting foods, lacking the table manners and sophistication of their Western counterparts, and being swept up in a barbaric cult. Even the sympathetic Indian characters are depicted as helpless and childlike, needing nothing more than a white savior like Indiana Jones to rescue their kidnapped offspring.

Additionally, whereas "Raiders of the Lost Ark" contained a proactively adventurous female counterpart worthy of Indiana Jones in Karen Allen’s Marion Ravenwood, Kate Capshaw’s Willie Scott is a materialistic, self-absorbed and shrill nuisance who only aids the heroes after being pushed into it. At one point in the film, Harrison Ford’s Indiana Jones wearily remarks that “the biggest trouble with her is the noise”; in another scene, while listing pros and cons about having her around, he includes “speaks her mind” under both sections. Just like the Indians’ “bizarre” culture is used as a running gag, so too is Scott’s femininity set up as an ongoing burden the main character is expected to struggle with. Because her constant shrieking is quite literally hard on the ears, Capshaw does nothing to add sympathy to her character or contradict Jones’ negative opinion of her (which, of course, doesn’t stop them from coupling in the end).

Although 1989’s "Indiana Jones and the Last Crusade" includes some of the same Arab caricatures seen in the first film, it is easily the least offensive (and, in my subjective assessment, the most enjoyable) movie in the franchise. Neither of these things can be said of 2008’s "Indiana Jones and the Kingdom of the Crystal Skull," which, though leagues less offensive than "Temple of Doom," is still shockingly insensitive. Ravenwood, despite her heroic role in the first movie, is reduced to a damsel-in-distress trope in this one. Additionally, "Kingdom of the Crystal Skull" contains racist caricatures that, though featured much less prominently than the ones in "Temple of Doom," are no less disturbing. This time around, though, it’s the indigenous people of South America — first in Peru, where a pair of “savage” stereotypes wearing skull masks need to be defeated or scared off by the heroes, and then in Brazil, where an indigenous tribe serves a similar plot function. While these characters may be callbacks to the Hovitos from the opening scene of "Raiders of the Lost Ark" (who were similarly depicted as simple-minded “savages”), they are perhaps more offensive because so much time has passed between the two films.

Perhaps this is the main message that Spielberg and Company should bear in mind when crafting "Indiana Jones 5." Aside from the vocal protests of the Indian government in response to "Temple of Doom," there wasn’t much of an outcry when the various racist and sexist characters were presented in the original movies. Consequently, although it is understandable why some people condemn the movies wholesale as a result of these flaws, there is a value to recognizing them as products of their time. This doesn’t excuse their racism and sexism, of course, but it does provide an appropriate context for appreciating them. With the possible exception of "Kingdom of the Crystal Skull," they all remain fantastically entertaining popcorn fare, with sharp writing, brilliant action sequences and state-of-the-art special effects that hold up remarkably well today. While the problematic content does tarnish the series' legacy for more socially conscious viewers, they certainly don’t negate it entirely.

That said, we live in a time when directors, producers and other filmmakers are aware of — or should be aware of — how popular culture can unwittingly perpetuate systems of oppression. As such, filmmakers have an ethical responsibility to be aware of the tropes that they use and the prejudices those tropes manage to reinforce. Thankfully, many filmmakers, including Spielberg’s protégé J.J. Abrams, have already taken steps to increase diversity and draw awareness to casual racism and sexism within Hollywood cinema. If Spielberg wants the fifth Indiana Jones film to be a worthy finale for his series, he will need to take their lead and learn from his past mistakes. There is no reason why the new movie can’t be careful about racist and sexist stereotyping and still contain the same fantastic writing, acting, action choreography and special effects as the 1980s films. Indeed, if anything an increased sensitivity will only make this movie more timeless. If nothing else, it will be wonderful to have a great Indiana Jones flick that I don’t have to wince through.