Merrick Garland, the "holy sh*t" nominee: Why Obama's Supreme Court nomination is so surprising — and frustrating 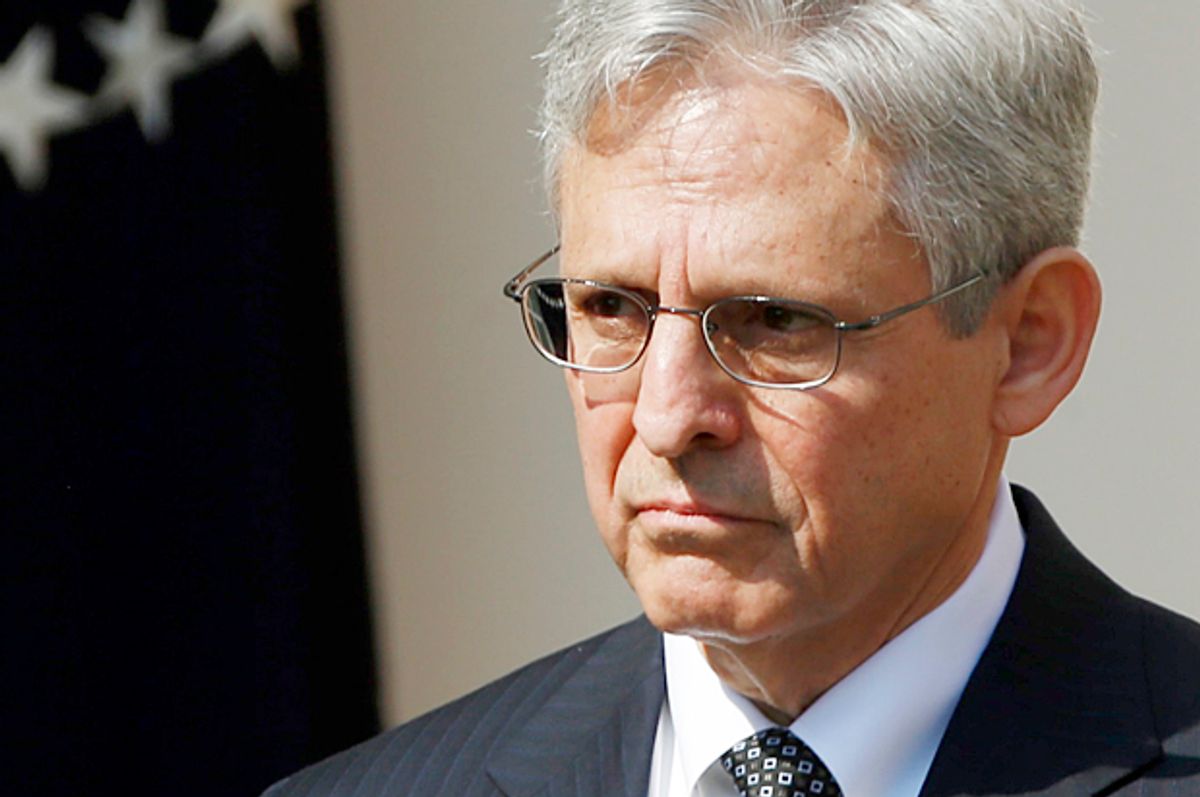 That was the instant reaction from many when the news broke on Wednesday morning that President Obama was nominating Garland, the 63-year-old chief judge of the United States Court of Appeals for the District of Columbia Circuit, to fill the Supreme Court vacancy left by the death of Antonin Scalia.

It's easy to understand why. Garland is the epitome of a bland choice: a centrist, impeccably credentialed white man. In choosing him, Obama passed over several more interesting and/or liberal picks, and nominated someone whose judicial history suggests he might actually move the court to the right on criminal justice issues. In an election year, at a time when Democrats are fervently pitching themselves as the party of a changing, increasingly diverse nation, when the nominee could have been the potential embodiment of a leftward transformation on the court, Garland is a deflating sort of pick.

Which makes you wonder why Obama picked him. The president's speech introducing Garland to the world offered some substantial clues.

The first reason is clearly a political one. The nomination is playing out against an especially fraught backdrop, with the election in November and Republicans in the Senate seemingly intransigent in their insistence on blocking any nominee's path to the court. In choosing Garland, Obama picked the person who will test Republican obstructionism to its limit. He pointedly mentioned the repeated praise that Garland has won from GOP stalwart Orrin Hatch over the past 19 years. Just last week, Hatch had named Garland as an example of the kind of nominee he'd like Obama to pick, but when Obama actually did pick him, he immediately stuck to the GOP script, announcing that he didn't even want to meet with Garland. That sort of political hay appears to have been irresistible to Obama.

From a more pragmatic perspective, Garland also works as an excellent sacrificial lamb if Republicans follow through on their promise to block him. Democrats can reap any political rewards and save younger, bolder nominees for another day. There's even a chance that Garland would be confirmed in a lame-duck session if Hillary Clinton wins in November and Republicans want to stave off a more liberal alternative.

But Obama also signaled that he chose Garland because—aside from the fact that he clearly thinks he would make a good Supreme Court justice—he sees him as a symbol of the kinds of moderate compromise politics that he has been preaching ever since he rose to prominence. He hailed Garland's ability to forge consensus and "assemble unlikely coalitions," and called him a "thoughtful, fair-minded judge who follows the law," an implicit rejection of the more activist, pathbreaking judicial approach Obama has said in the past he prefers not to take. Obama used his most disappointed, whispery tone when he lamented that the Supreme Court is "supposed to be above politics" and that "courtesy" and "comity" seemed to be things of the past.

This has always been one of the sides of Obama that has infuriated his critics ever since he arrived in the White House: his insistence, against all available evidence, on continuing to see if his opponents can be reasonable. It has led him to some major disasters, but after almost eight years in office he's still singing the same tune. Now Garland is about to subject himself to the tribulations of the confirmation process, and Obama, along with the rest of us, will get to see if hell freezes over and Republicans actually come around to his way of thinking.