The Senate Majority Leader said that the august body "will continue to honor the Biden rule," which doesn't exist 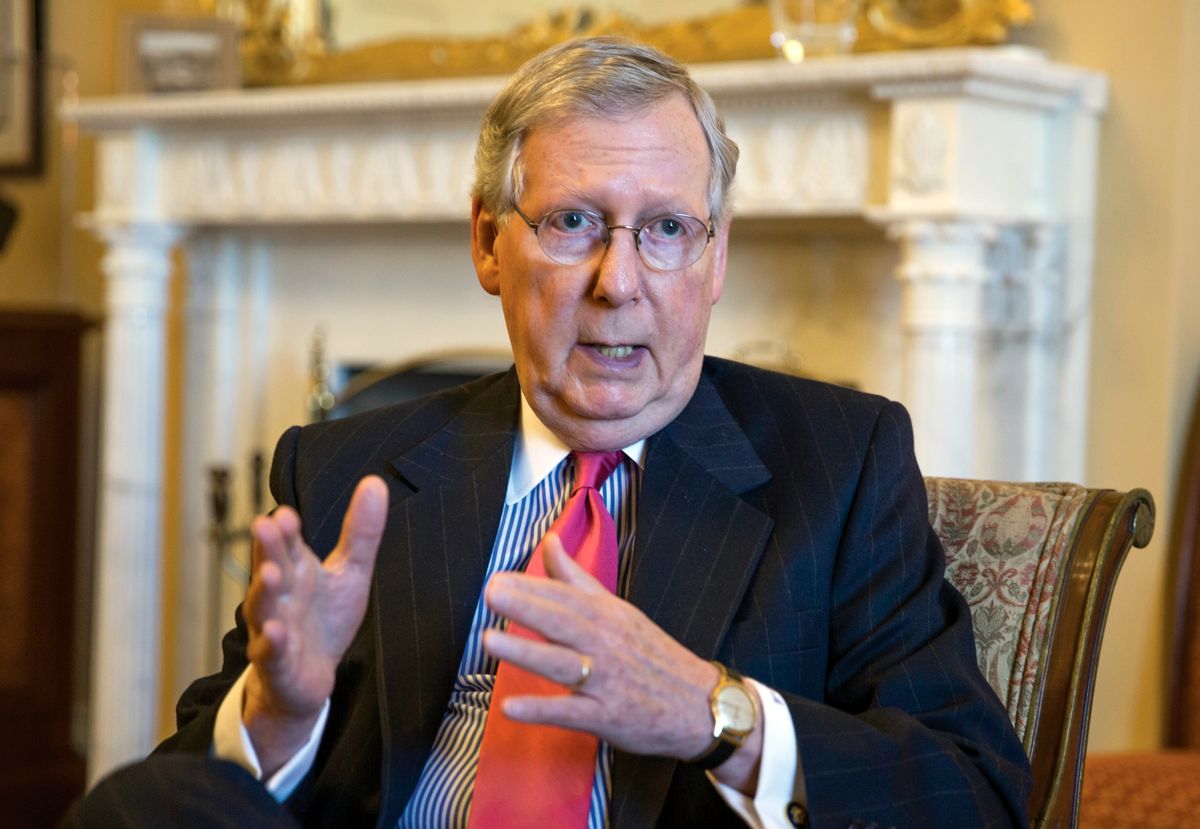 In this Dec. 16, 2015, photo, Senate Majority Leader Mitch McConnell of Ky. gestures during an interview with The Associated Press in his office on Capitol Hill in Washington. (AP Photo/J. Scott Applewhite) (AP)
--

Majority Leader Mitch McConnell took to the Senate floor today and declared that President Barack Obama's nominee for the Supreme Court vacancy created by the death of Justice Antonin Scalia will not receive a hearing.

"The next justice could fundamentally alter the direction of the Supreme Court and have a profound impact on our country, so of course the American people should have a say in the Court’s direction," McConnell said.

"The senate will continue to observe the 'Biden Rule' so the American people have a voice in this momentous decision," he added, without acknowledging that the "Biden Rule" has little to do with outgoing presidents nominating people to the Supreme Court.

(Biden made an observation to the effect that if an outgoing president nominates someone before the summer of his last term in office, that person typically receives the Senate's approval, but that if he or she is nominated during the summer, that person does not -- meaning that McConnell even gets what could be called the "Biden Observation" wrong.)

"The American people may well elect a president who decides to nominate Judge Garland for Senate consideration," McConnell concluded. "The next president may also nominate somebody very different. Either way, our view is this -- give the people a voice in filling this vacancy."

Watch McConnell's statement in the Senate below via MSNBC.