Our nominee is a disaster: Time may be running out, but Democrats will come to rue Clinton over Sanders 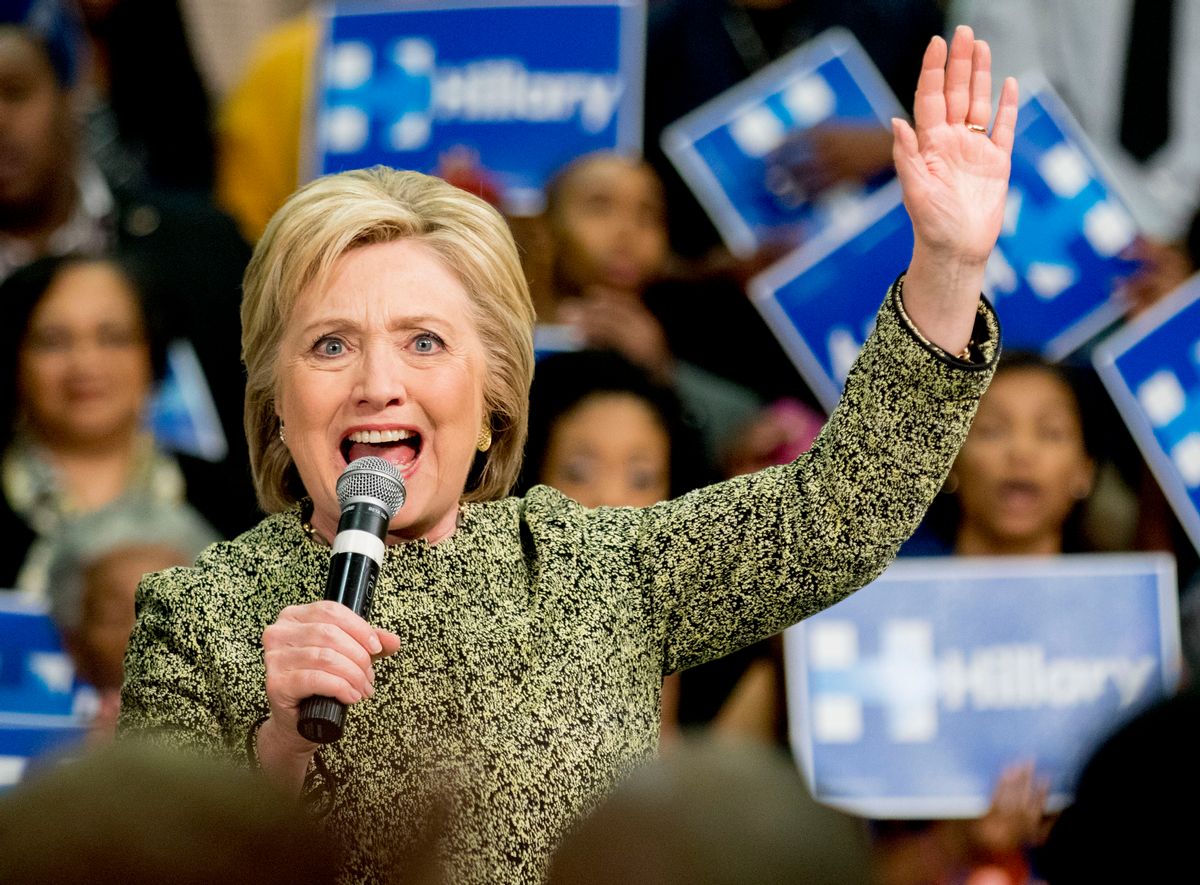 Bernie Sanders is the only Democrat not linked to an FBI investigation. If this doesn't mean anything to you, then you're too terrified of Trump's rallies to realize that Clinton could get indicted. Also, if you can't fathom the possibility of Donald Trump winning, then keep in mind that most Americans don't trust or like Hillary Clinton. A general election isn't a popularity contest among Democrats. In 10 out of 10 national polls regarding favorability, Hillary Clinton has negative favorability ratings nationally in all 10.

Be very careful what you wish for, because most Americans have an unfavorable view of Clinton and Bernie Sanders already beats Trump by a wider margin. I'm only voting for Bernie Sanders in 2016 and I explain why in this YouTube segment. Most importantly, Democrats should remember that 33% of Bernie Sanders voters will refuse to vote for Clinton in November, if she becomes nominee.

As stated by The Wall Street Journal, there are a great many Bernie Sanders supporters like myself:

A new Wall Street Journal/NBC News poll indicates one third of Vermont Senator Bernie Sanders' supporters cannot see themselves voting for Hillary Clinton in November. This could spell trouble for Clinton who will likely need Sanders' backers in order to win the White House.

So, you can replay the unrest at Trump rallies one million more times (we know how that terrified voters into choosing Clinton the other day), but I'll just show you this video of the typical IED blast that American soldiers had to battle in Iraq.

Between half to two-thirds of all the American soldiers killed and wounded in Iraq and Afghanistan were the victims of IED blasts, and Hillary Clinton advocated sending U.S. ground troops back to the Middle East last November.

I called Donald Trump a clown and buffoon when I appeared on CNN, but Hillary Clinton in many ways is worse.

I explained last year during an appearance on MSNBC that Republicans want another ground war, and I know very well that Hillary Clinton will give them their wish.

Of course, IED's and perpetual wars that we send American soldiers to fight don't bother certain Democrats. Sadly, most Democrats don't care about how Hillary Clinton plans to utilize the AUMF, and certainly don't comprehend the ramifications of merging both political parties into one on matters of war and foreign policy.

Bryan Pagliano's immunity will allow him to tell the FBI every detail of Clinton's server, in addition to why she had the server in the first place. The moment Bryan Pagliano was given immunity was the moment Bernie Sanders became the nominee; indictments are most likely around the corner.

However, if Clinton ends up winning the nomination, then I'm writing-in Bernie's name, and no amount of fear-mongering can influence a person who sees the DNC for what it's become; a political machine that values power and party loyalty, without adherence to core ideals or principle. The same could also be said for its prized candidates and many of its supporters.

At least, the Republicans are loyal to their insane views, while many Democrats have worked hard to mock the genuine progressives who've rallied behind Bernie Sanders. Have you ever wondered why this dynamic exists?

The lesser evil theory should also apply to the long-term future of the Democratic Party. We only have a two-party system and if Clinton moves the country even further to the right in terms of war, foreign policy, Wall Street and other issues, then we essentially have a one-party system.

Why did Trump contribute money to Clinton's Senate campaigns and Foundation?

Why did Bill Clinton and Donald Trump go golfing and why did the Clintons go to Trump's wedding?

At some point, people like Bill and Hillary Clinton must learn that their duplicity, in terms of overt leaning towards conservative policies (read Michelle Alexander's Nation piece) must come with peaceful political repercussions from a disenchanted base.

In today's world, Trump's overt racism is evil, but Hillary Clinton's reference to black youth as "super predators," her 3 a. m. ad against Obama, Clinton's willingness to accept prison lobbyist donations (after Bill Clinton apologized for mass incarceration) and her racist 2008 campaign isn't evil; it's just politics.

The problem with Hillary supporters is that they have no concept of hypocrisy.

When a political party knows it can side with Bush on Iraq, evolve on gay marriage all the way until 2013, accept prison lobbyist donations after "apologizing" for mass incarceration, and still expect to rally the faithful and obedient masses in November, then American democracy has a problem.

Also, Trump needs Congress to implement his crazy schemes and nothing he's spewed can be done unilaterally, aside from war, and he's less hawkish militarily than Clinton!

Please excuse my loyalty to Bernie Sanders over the political party that's sided with Republicans on numerous topics, when Sanders wants to address structural issues pertaining to Wall Street and foreign policy.

There are those in the media and American politics who would allow Hillary Clinton and the DNC to get away with virtually anything, without the slightest fear of how these actions might affect a general election. Thus, Debbie Wasserman Shultz, Hillary Clinton, Bill Clinton and every other top Democratic leader can act with impunity, and expect The Daily Banters and Beasts of the world to defend them, regardless of whether or not Democrats morph into moderate Republicans.

I'm never voting for anyone who believed Bush's intelligence on Iraq, because Bernie Sanders used the same intelligence and voted against the invasion.

I'm never voting for a political dynasty that incarcerated more Americans than any presidency in history, because unlike Hillary Clinton, Bernie Sanders doesn't take prison lobbyist donations and addressed prison reform long before 2016.

I'm never voting for a person I consider a liar. If you consider me a liar for my support of Warren, Webb and O'Malley before Sanders, or even an article on a Republican I wrote simply to protest perpetual wars, then don't vote for me when I run for president.

Yes, Clinton supporters rely on a childish and dangerous form of moral relativism, blissfully ignoring the irony that on each topic, their candidate is worse than the morally relative comparison.

But Sanders supported the F-35!

Ok, but that was a weapons system, and Hillary Clinton is a neocon with a weapons deal scandal, voted for Iraq, and has an ongoing FBI investigation. Checkmate. End of debate.

I'm not voting for a person who won't break up Too Big to Fail Banks, or reinstate Glass Steagall, because Bernie Sanders already wants to implement these safeguards; before the next financial collapse, not after.

I'm not voting for someone linked to an FBI investigation. One Nixon is enough for me, and I don't need to rally behind a person who adores Nixon's closest associate, Henry Kissinger.

As for pragmatism, Clinton or one of her aides could be indicted at any moment before or after the election, so you better vote for Bernie Sanders if you don't want Trump, or you fear impeachment during Clinton's first or second year in office, if she wins the election.

It's important to have principles in life, and I'm never voting for anyone who says "I've always tried" to tell the truth. Therefore, I'm never "falling in line," or pledging allegiance to Hillary or the DNC. I'm an American first, before any party loyalty, and I'm voting my conscience. You vote your conscience, and don't forget to ask why Donald Trump donated money to Clinton's Senate campaigns.

That being said, Bernie Sanders is still the front-runner. Clinton could get FBI and Justice Department indictments at any moment, and future primaries are favorable to Sanders. This is far from over.