The genius of “Underground”: A gripping slavery drama that dares to be entertaining

Growing up, I watched “Roots” dutifully, but I wouldn't say I enjoyed it—WGN's “Underground” is different 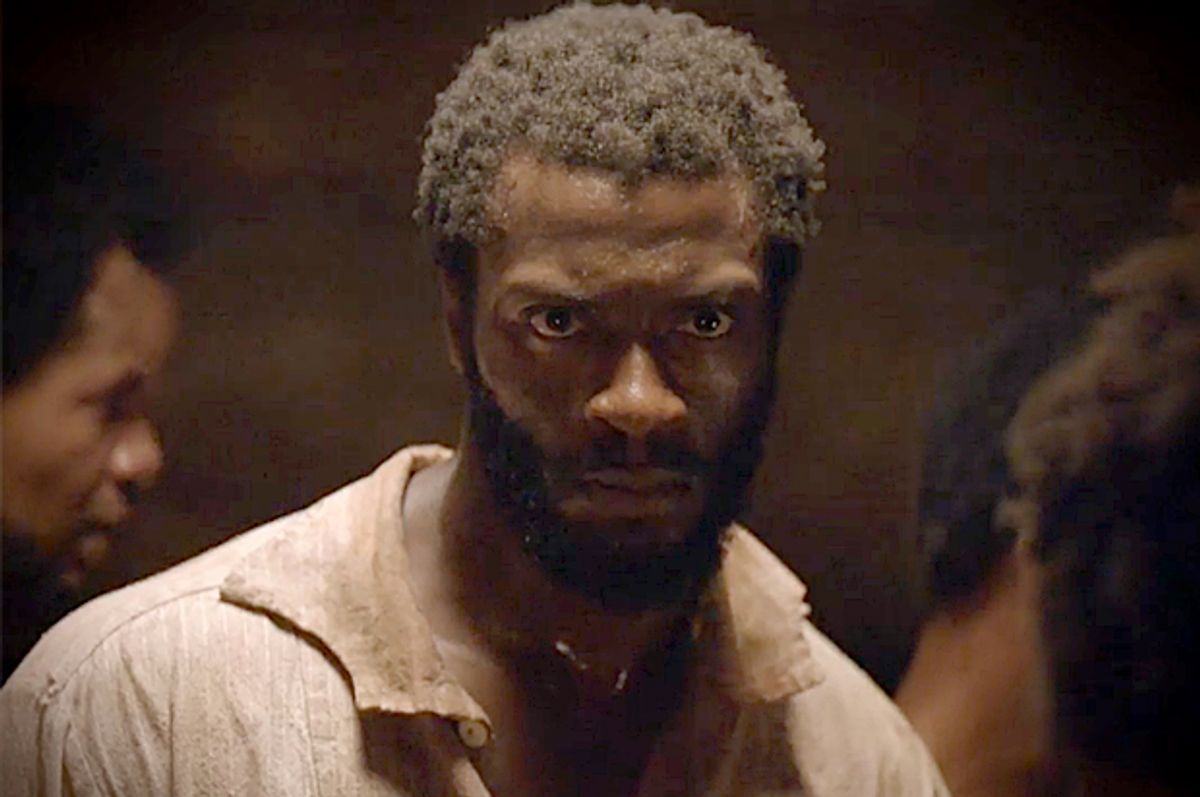 Not long ago I sat with my husband and previewed several episodes of “Underground,” a new drama that premiered last week on WGN America. As the end credits rolled on Episode 2, which airs tonight at 10 p.m. on the cable channel, I asked him whether this is a series he’d willingly watch.

He considered the question in silence for a few moments, then nodded. “It takes a while to get to the dramatic hook, but I like the cast and it’s a decent heist story. Sure!”

Then I asked him whether his mother – a sweet, gentle, white woman who lives in a small Midwestern city – would watch. Barely missing a beat, he snorted. “Hell no!”

There it is, “Underground’s” big challenge: getting people like my mother-in-law, the average television consumer, to watch a series about slavery, one in which the perilous Underground Railroad plays a central role.

Making “Underground” something of a different proposition from previous television projects about slavery is that it capitalizes on all the elements of an exciting, high-concept drama while remaining respectful of the subject.

Given the tense sociopolitical climate and diversity issues in the entertainment industry, “Underground’s” very existence would be considered by some as a miracle, albeit one no doubt facilitated by having John Legend sign on to the series as an executive producer.

Rather, call it a miracle for WGN America’s quickly expanding brand. “Underground’s” series premiere was the most-watched program on WGN America to date, averaging 2.3 million total viewers in its time slot debut, which is about 10 times the network’s prime-time average in season-to-date ratings.

Including the three encores that aired on premiere night, the debut’s total viewership swells to 3.5 million, with 1.5 million of those from the coveted adults 25-54 demographic.

“Underground” follows an ingenious blacksmith named Noah (Aldis Hodge) as he plans to escape the Georgia plantation where he’s toiled as a slave all his life. A skilled worker, Noah knows he can find work in the North and live as a free man.

He also knows that the key to a successful escape is a meticulous plan; early in the premiere, he makes the realization that the one commonality shared by runaway slaves who get caught is that each attempted to make their 600-mile escape alone.

Slavery is not a subject most people would willing examine in a meaningful way, and certainly not via prime-time entertainment. That’s because, well, the definition of entertainment connotes an element of amusement or enjoyment, and bearing witness to the brutality of slavery is neither of those things.

Look, as an African American woman, I get it. I grew up in a household where viewing any repeats of “Roots” or its sequels “Roots: The Next Generation,” “Roots: The Gift” — possibly the only Christmas special to include a hanging — and much later, “Alex Haley’s Queen,” was mandatory. So were any documentaries about the Underground Railroad, or Frederick Douglass, the Amistad, or any other prominent figures or historical chapters about the pre-Civil War South that one can think of.

Looking back with the sensibility of an adult, I am beyond grateful that my mother augmented our school history lessons by insisting that we watch those miniseries, specials and documentaries. Those works made me appreciate the difficult striving of all those in my family who constructed the scaffolding upon which my very comfortable life is built.

But as a kid, I would have much rather tuned in to, say, “The Facts of Life” or “Taxi.”

So yes, the eat-your-vegetables seriousness with which the topic has heretofore been addressed may influence an uninitiated viewer’s desire to watch “Underground.” A greater factor, however, may be the fact that a significant number of white American viewers don’t like to be reminded that white people used to partake in the exploitation and subjugation of black people.

But that stain on America impacts our ability to address social inequality in a fundamental way even now. It’s also incredibly hard to discuss calmly and with meaning. To bring up the topic of white privilege or to refer to the Black Lives Matter movement is to implicitly acknowledge slavery’s continued effect on our culture.

Unless we’re talking about “The Nightly Show With Larry Wilmore,” there isn’t really a series on television that does that in a sustained, front-and-center fashion. (And Wilmore’s ratings, sad to say, are reportedly 55 percent lower than “The Colbert Report’s” were during the same time period in 2014.)

“Underground,” then, is an act of bravery – not only for taking on slavery as a subject for a series as opposed to a mini, or a special, but for pushing aside any implied obligation to be utterly earnest in demonstrating the era’s grimness. It has seized its right to making a thrilling action series that also is heartfelt, honest and emotionally gripping.

“Underground’s” first four episodes more than do justice to the subject by not shying away from the tragedy and complexity of the so-called “peculiar institution.” At the same time, creators and executive producers Misha Green and Joe Pokaski, veterans of NBC’s “Heroes,” inject the story with the same fuel utilized in such adventures as “The Great Escape.”

Noah forms a team of specialists out of men and women whose intelligence and bravery are underestimated by the oppressors who have dehumanized them. The various subplots includes a few soap opera elements, as a few slaves turn the master-and-servant dynamic on its ear, or keep the audience guessing as to where their allegiances lie.

“Underground” employs brave stylistic choices as well. Viewers who sample the drama will immediately notice Legend’s influence on the show’s contemporary soundtrack, further augmented by the work of Raphael Saadiq as the show’s composer. Legend and Saadiq chose to forgo the swelling orchestral strains typical of period pieces, instead using soulful hip-hop breaks and pop music interludes to punctuate the intrigue playing out onscreen.

This is not unheard of; the CW’s “Reign” uses the same stylistic tactic in loosely adapting the tale of Queen of Scotland Mary Stuart. Period pieces about royal romance are devoid of cultural controversy, though. And this tactic works more effectively in some scenes than others; hip-hop’s grit and bone-shaking cadence feels in tune with the sweat and struggle of Noah and his compatriots.

In contrast, a scene in the third episode employs Problem Child’s “Good to Be Young” to illustrate the festive, decadent air of an antebellum Southern ball – daring, but the thematic disconnect also is jarring.

“Underground” defies convention in other more fundamental ways, resisting the temptation to write all of the white characters as drawling racists fond of flowery Foghorn Leghorn-style speechifying (although there are a few of those). If anything, “Underground” takes the interesting tactic of defining several major white characters as participants in slavery purely for economic and political reasons, and not necessarily due to prevailing racial attitudes of the time.

Nevertheless, there’s also a heaping dollop of squeamish tension derived from the precarious situation of Jurnee Smollett-Bell’s Rosalee, the young house slave Noah loves, and whose beauty draws threatening attention from the white slave masters and overseers in her orbit.

Those scenes in particular, where Rosalee is spoken about in lurid terms while powerful men paw her like a cut of meat, are uncomfortable for anyone to watch.

Certainly my mother-in-law, a woman who may be singularly responsible for keeping CBS in business, would not settle into watching those moments with ease. For viewers like her who enjoy the closed-case efficiency of network procedurals and simple comedy of multi-camera half-hours, “Underground” could be a tougher sell.

It may also be difficult to convince those who can only digest a story like this if it’s presented with dry gravity, to give the show a shot. The hope – my hope – is that enough viewers continue embracing “Underground” not only to give it a respectably long run on television, but to inspire more series like it.