Donald Trump's other authoritarian shtick: Why we should be paying much more attention to his "law and order" extremism

Everybody is by now familiar with Trump's xenophobia? But what about his slavish devotion to police excess? 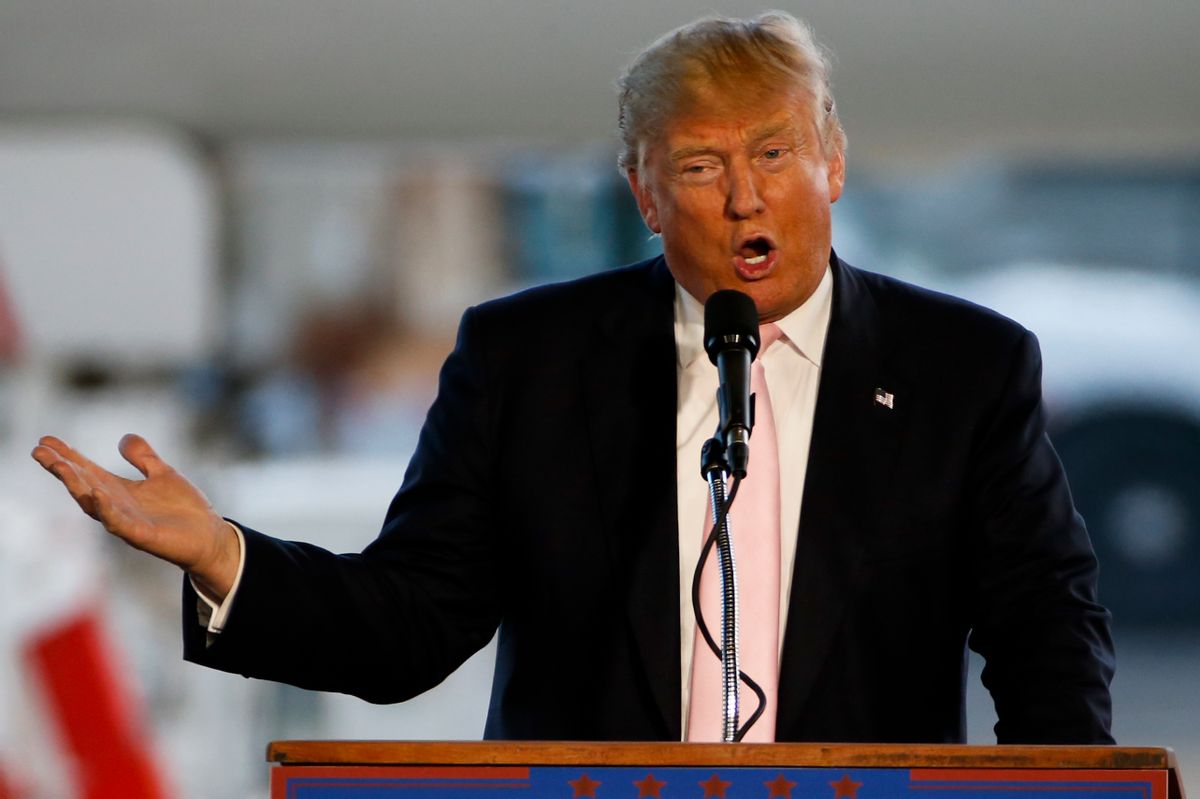 Donald Trump's xenophobia, nativism and nationalism are well established by now. His rantings about Latino immigrants and Muslims and "China and Japan" have been discussed at great lengths on every television network and in the pages of all the major newspapers for months. When he says, "We're going to make America great again," we know he means to restore total American global dominance and white American privilege.

We tend to think of Trump's authoritarianism in terms of his promises to "get rid of the bad people so fast your head will spin," leaving the impression that he isn't concerned with such impediments as due process. And he has made it clear that he plans to do everything in his power to ensure that torture and wanton extrajudicial killings are part of the program as a deterrent and as a punishment. There is no doubt that Trump unabashedly sees himself as a "strongman" leader.

But the violence that finally spilled over last week focused attention, at least briefly, on another aspect of his appeal that hasn't received quite the same amount of coverage, even though it's been a fundamental part of his appeal from the very beginning: his call for "law and order," and the thinly veiled racism that phrase evokes.

Trump has pretty much stolen all of his slogans from previous presidential races. As everyone knows, his ubiquitous "Make America Great Again" is lifted directly from Ronald Reagan's 1980 campaign: 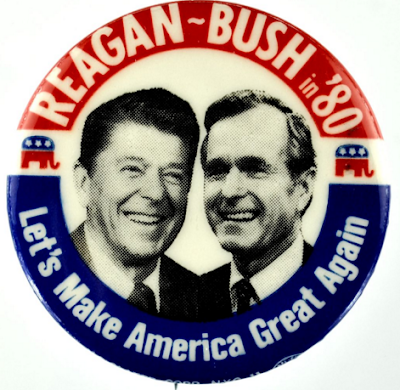 His reference to the "silent majority" is from a famous speech by Richard Nixon. But his common use of "law and order" in the context he usually says it also brings to mind another candidate from the same era, Alabama Gov. George Wallace, when he ran for the White House in 1968.

Wallace's use of the phrase was not explicitly racist in that it also applied to the dirty hippies who were protesting the Vietnam war at the time. But it was quite clearly aimed at unhappy whites who were angry about civil rights and were disturbed by the urban unrest of the period. It was a tumultuous time and both Wallace and Nixon exploited the unease of the "silent majority" with a coded call for a return to "law and order" -- meaning a crackdown by the authorities.

The Vietnam war ended, Nixon resigned, and the world moved on from the radical politics and counter-cultures of the period. But the racialized dogwhistle of "law and order" continued for a couple of decades as the crime rate escalated during the '80s and '90s, with the famous Willie Horton ad  being a prime example of its exploitation. It had, however, pretty much died out as a presidential campaign issue until Donald Trump decided to run as an authoritarian strong man using the slogans of his youth.

From the beginning of the campaign, he's faced protesters at his rallies, many of them African Americans from the Black Lives Matter movement. His typical reaction ranges from moderately tolerant to massively irritated. As everyone has seen, he's made threats, he's offered to pay the legal fees of anyone who hits them, he's lied about the protesters initiating violence, and he's coined a catchphrase of his own for the occasion: "Get 'em out."

When he's been asked about the underlying issue to which the Black Lives Matter movement is trying to draw attention, Trump's sympathy is clearly with the police, not the unarmed victims for whom the movement is advocating.

For instance, NBC's Chuck Todd asked about Black Lives Matter and the police shooting of Walter Scott in Charleston, S.C., last August. Todd wondered if he thought this was a crisis, and Trump bizarrely replied that it was a "double crisis," because horrible mistakes are made, "but at the same time we have to give the power back to the police because crime is rampant and I'm a big person that believes in very... we need police and we need protection."

Trump: Look, I look at some of the cities you look at Baltimore, you look at certain areas of this country, Chicago, certain areas, they need strong police protection and those police can do the job but their jobs are being taken away from them. There is turmoil in our country

Chuck Todd: Can you understand why African Americans don't trust the police?

Trump: Well I can see it when I see what's going on but at the same time we have to give power back to the police because we have to have law and order.

He commonly meets with police on the campaign trail and reassures them that under his leadership they will be given a free hand. He will say, "You're not recognized properly, you will be recognized properly if I win. Remember that. We know what you're going through. You speak a little bit rough to somebody and all of sudden you end up fighting for your job."

He calls them up on stage and says:

I was unable to find any polling among police officers about their feelings for Trump, but at least one police union in New England endorsed him for president. When he accepted the endorsement, he pledged,

Needless to say, the president does not have the power to "make the death penalty happen," but Trump doesn't see many limits to the office. The police certainly know where his sympathies lie.

The media haven't pressed Trump very much on this topic, but there was a question in the February 6 debate that should have raised some eyebrows. (With Trump there's always so much outrageousness it's hard to keep up.) He was asked how he would bridge the divide between police and the community:

Well, there is a divide, but I have to say that the police are absolutely mistreated and misunderstood, and if there is an incident, whether it's an incident done purposely—which is a horror, and you should really take very strong action—or if it is a mistake, it's on your news casts all night, all week, all month, and it never ends.

The police in this country have done an unbelievable job of keeping law and order, and they're afraid for their jobs, they're afraid of the mistreatment they get, and I'm telling you that not only, me speaking, minorities all over the country, they respect the police of this country and we have to give them more respect.

They can't act. They can't act. They're afraid for losing their pension, their job. They don't know what to do. And I deal with them all the time. We have to give great respect, far greater than we are right now, to our really fantastic police.

Well, they do [see police brutality]. And, you know, they sue. Everybody sues, right? They see excessive -- I mean, they go out, they sue. We have so much litigation -- I see the courts, I see what they're doing. They sue, and you know what? We don't want excessive force. But at what point -- you know, either you're going to have a police force that can do its job...

The police in the country have powerful unions and some of the strongest job protections of any profession in the county. The idea that they are petrified of being fired for simply doing their jobs is preposterous. Trump is clearly alluding to the discredited "Ferguson Effect," which numerous studies have found simply does not exist. In fact, for all of Trump's sycophancy toward the police, his comments are insulting to the many cops who are professional and do their jobs with integrity every day.

Trump has no intention of bridging any divides. He is an old-school "law and order" man. And he's always been a guy who loves a man in uniform (even though he's never been in one himself, ever since he left his expensive military prep school). His views on civil liberties and crime have never been more clearly expressed than when he took out that full page ad in the New York Times to demand that the Central Park Five be given the death penalty, even before they'd been convicted of the crime, for which they were later exonerated.

It was then that Trump wrote what might as well be his first original campaign slogan: CIVIL LIBERTIES END WHEN AN ATTACK ON OUR SAFETY BEGINS!