Ted Cruz whines to Megyn Kelly: The media's more interested in when Trump goes to the bathroom than his mob connections 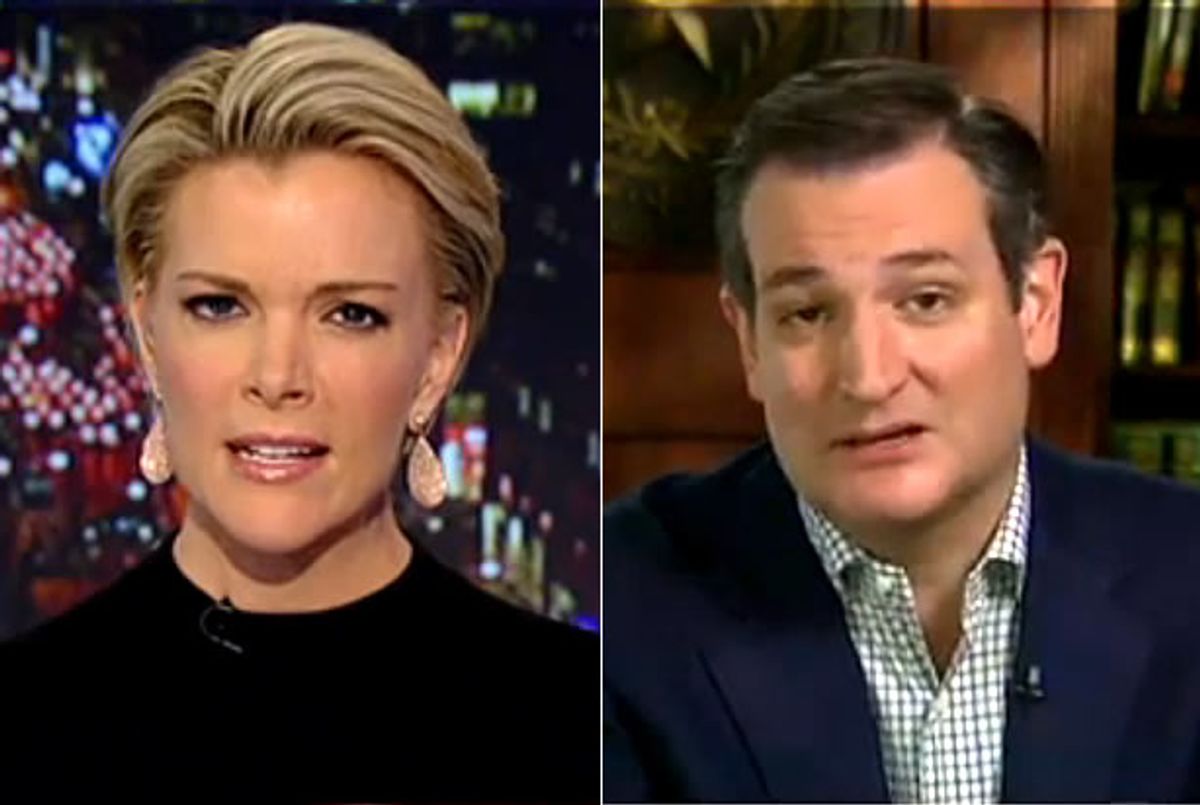 On The Kelly File Wednesday evening, Texas Senator Ted Cruz spoke with host Megyn Kelly about his suspicions as to why Donald Trump decided to eighty-six appearing at Monday's debate in Utah, suggesting that the front-runner is afraid to debate him one-on-one, and would prefer to be coddled by a media that fawningly details his every visit to the little boy's room.

According to Cruz, Trump is "running and hiding" from anything resembling a serious policy debate. "He's scared of debate," he added, "because he looks down on the voters, [thinks] that they're gullible and will believe anything he says." Cruz later challenged him to debate at a conservative conference they will be both be attending this weekend, but said there's little chance of the front-runner accepting it.

"I have a feeling," Cruz continued, "that Trump will keep running and hiding and basking in the protection of the network media that's trying to do everything they can to make him the nominee, because they know he's the one candidate on the face of the planet who Hillary Clinton can beat in the general election."

Kelly asked Cruz to explain how that conspiracy works, and he replied that the media's "given him the equivalent of $2 billion in free media. If you turn on the TV at any given moment, it's a wall-to-wall infomercial. When there were protests at his appearance in Chicago, it was a telethon -- I kept waiting for Jerry Lewis to come out."

"This is not an accident," he said, "this is the suits in the suites, who are almost all liberal Democrats."

"Donald Trump practically goes to the bathroom and it gets carried live on network television," Cruz continued. "Every speech he gives -- he does a press conference that's like watching the shopping channel, he's up there selling steaks and steak knives and wine. The media desperately wants him to be the nominee, and as a result, they don't cover anything about his record."

"The media is doing everything they can to cover up his background," he concluded. "You've seen no media coverage of his reported connections to the mob. If he's the nominee, I guarantee you, every station, they'll cover all that -- that's how they give the election to Hillary Clinton."