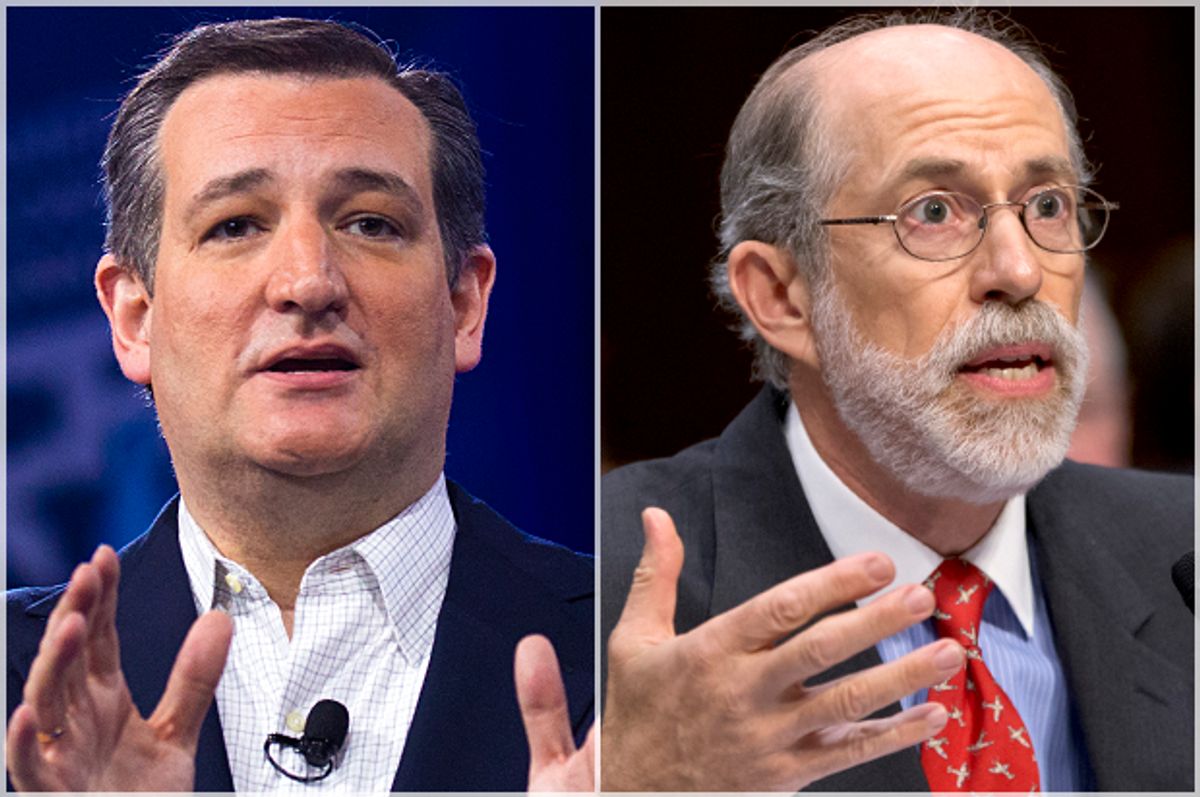 While Donald Trump’s outrageous anti-Muslim bombast has dominated headlines, Ted Cruz has quietly signaled to conservatives that he too will take a hardline stance against Islam. The latest illustration of Cruz’s extreme views on Muslims came Thursday, when Bloomberg View’s Eli Lake broke news that the Texas senator’s national security advisory team would include former Reagan administration official Frank Gaffney.

Gaffney, who the Southern Poverty Law Center calls an "anti-Muslim extremist," also checks the birther and "Obama might be a secret Muslim" conspiracist boxes. In 2010, he argued against the construction of a proposed mosque in Tennessee on the grounds that it would further the Muslim Brotherhood’s mission to “destroy western civilization from within.”

Gaffney was linked to Trump earlier in the presidential campaign, when Trump cited a (highly suspect) poll produced by Gaffney's far-right Center for Security Policy in defense of his controversial proposal to temporarily ban Muslims from entering the United States. At the time, Cruz distanced himself from Trump's comments, but said, "I understand why Donald made that proposal."

After the San Bernardino shooting, Cruz called President Barack Obama "an apologist for radical Islamic terrorism" and voted against a nonbinding amendment that stated the government "must not bar individuals from entering into the United States based on their religion."

Gaffney's affiliation with the Cruz campaign is a clear signal that Trump is not the only Republican presidential candidate friendly to anti-Muslim rhetoric.