After a petition campaign, endorsed by Roger Waters, Bernie rejects speaking for the influential pro-Israel group 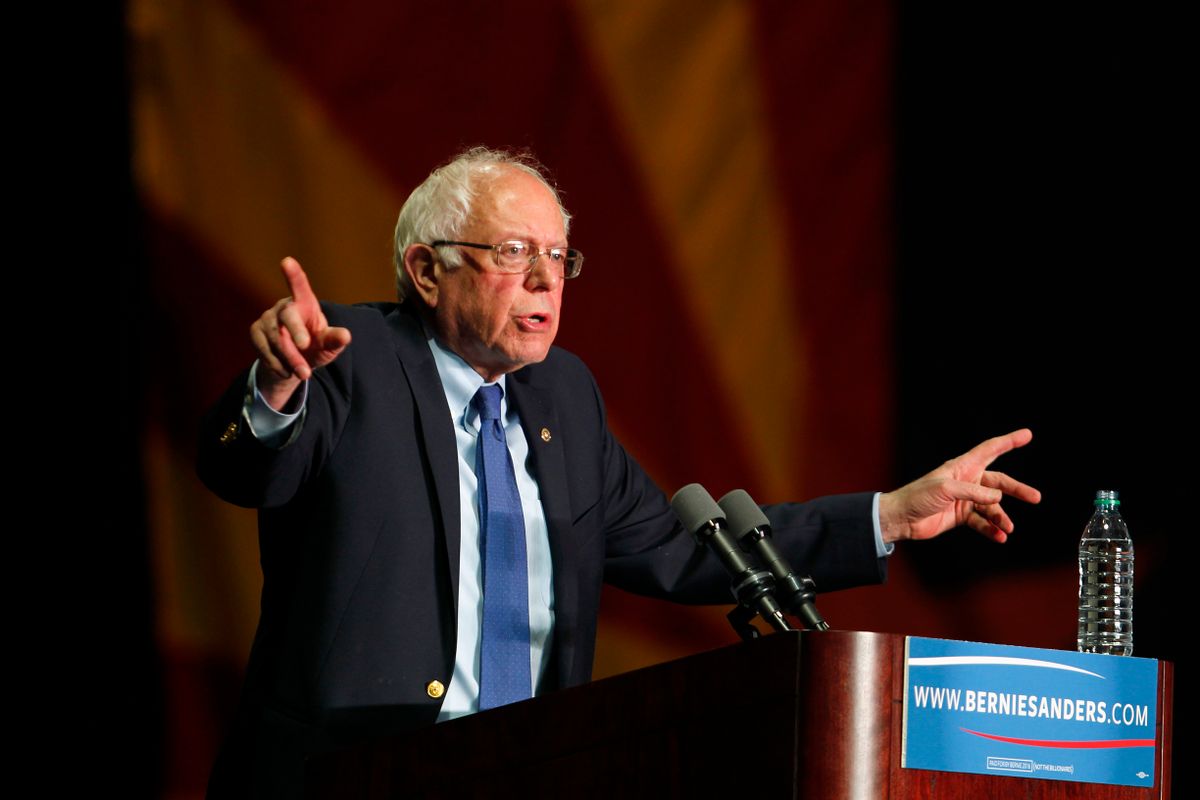 Bernie Sanders will be the only presidential candidate to skip the 2016 policy conference of the American Israel Public Affairs Committee, or AIPAC, the most influential pro-Israel group in the U.S.

The Vermont senator sent a letter to AIPAC President Robert Cohen on Friday, confirming that he will not be attending the conference. He said he will "be traveling throughout the West and the campaign schedule that we have prevents me from attending."

"Since AIPAC has chosen not to permit candidates to address the conference remotely, the best that I can do is to send you a copy of the remarks that I would have given if I was able to attend," Sanders wrote, adding that he should have the speech prepared for Monday. "Any help that you could give us in getting those remarks out to your members would be much appreciated," he added.

Prominent journalist Max Blumenthal, who specializes in Israel-Palestine, created a petition calling on Sanders to reject AIPAC's invitation to its conference.

"As the main arm of the pro-Israel lobby in the United States, AIPAC has sworn to promote the racist, militaristic, and anti-democratic policies of the most right-wing government in Israel's history," Blumenthal wrote in a description accompanying the petition. "Its conference this year will feature Islamophobes, anti-immigrant activists, and religious extremists."

"With his promise to seek a "level playing field" on Israel-Palestine, Bernie does not belong on the same stage as these figures," Blumenthal added.

As of Friday, the petition had more than 5,000 signatures. Musician Roger Waters, formerly of band Pink Floyd, endorsed it. Waters has established himself as a leading activist on behalf of Palestinian human rights.

The group RootsAction also disseminated the petition, and got an additional 14,000 signatures.

Salon reached out to Blumenthal, who characterized Sanders' decision as a victory for the Palestinian human rights movement.

He emphasized the importance of garnering almost 20,000 petitions in a brief period of time, "with little media coverage, and on an issue that has been little-discussed in the debates."

"Regardless of any spin he's offering, I think Sanders recognized that sharing a stage with bigots at AIPAC and apartheid lobbyists would be anathema to his hardcore base of support," Blumenthal explained.

"This is a demonstration of the growing grassroots impact of Palestine solidarity and a sign of things to come in the future: self-styled progressive politicians will be punished for supporting Israeli apartheid," he added.

The Sanders campaign did not say whether it was responding to the petition.

There were rumors earlier this week that Sanders would not be attending, but his campaign did not officially confirm until Friday.

Clinton and Cruz have both expressed die-hard support for Israel. Hillary wrote an open letter in November promising to reaffirm the U.S.'s "unbreakable bond with Israel — and Benjamin Netanyahu," the country's hard-line right-wing prime minister, whom President Obama has criticized for expanding illegal settlements on occupied Palestinian land.

Sanders' views on Israel-Palestine are a bit murky. When called out by peace activists during Israel's summer 2014 war in Gaza — in which the Israeli military killed approximately 2,200 Palestinians, the majority of whom were civilians, including hundreds of children, according to the U.N. — the Vermont senator shouted down the activists.

At the same time, however, he has criticized Netanyahu, and, unlike other candidates, has promised to pursue a "level playing field" on the issue.

Israel has illegally occupied Palestinian territories in the West Bank since 1967, and effectively occupies Gaza, on which it has imposed a blockade for almost a decade, controlling everything that enters the densely populated strip. The U.N. has explicitly maintained since November 1967 that the occupation is illegal, and U.N. experts have for years said that the siege on Gaza violates international law.

For decades, Israel has also illegally colonized more and more Palestinian land with settlements. Today, there are more than 600,000 Israelis living in the occupied Palestinians territories, including East Jerusalem, which intentional law considers to be Palestinian land.

As Israel moves further and further to the right, and politicians get more and more extreme (former Foreign Minister Avigdor Lieberman called for beheading "disloyal" Palestinian citizens of Israel last May, leading critics to compare Israel to ISIS), American Jews are moving away from the country.

The fastest growing Jewish-American organization is Jewish Voice for Peace, which opposes the illegal Israeli occupation, and many young Jews, in particular, are distancing themselves from the Zionist movement.

Sanders is the only presidential candidate who is Jewish. Were he elected, he would be the first Jewish president.

The 2016 AIPAC Policy Conference will be held in Washington, D.C. from March 20-22. An enormous pro-Palestinian march is planned for Sunday in the capital. Several other anti-AIPAC protests have been planned by peace and social justice groups.