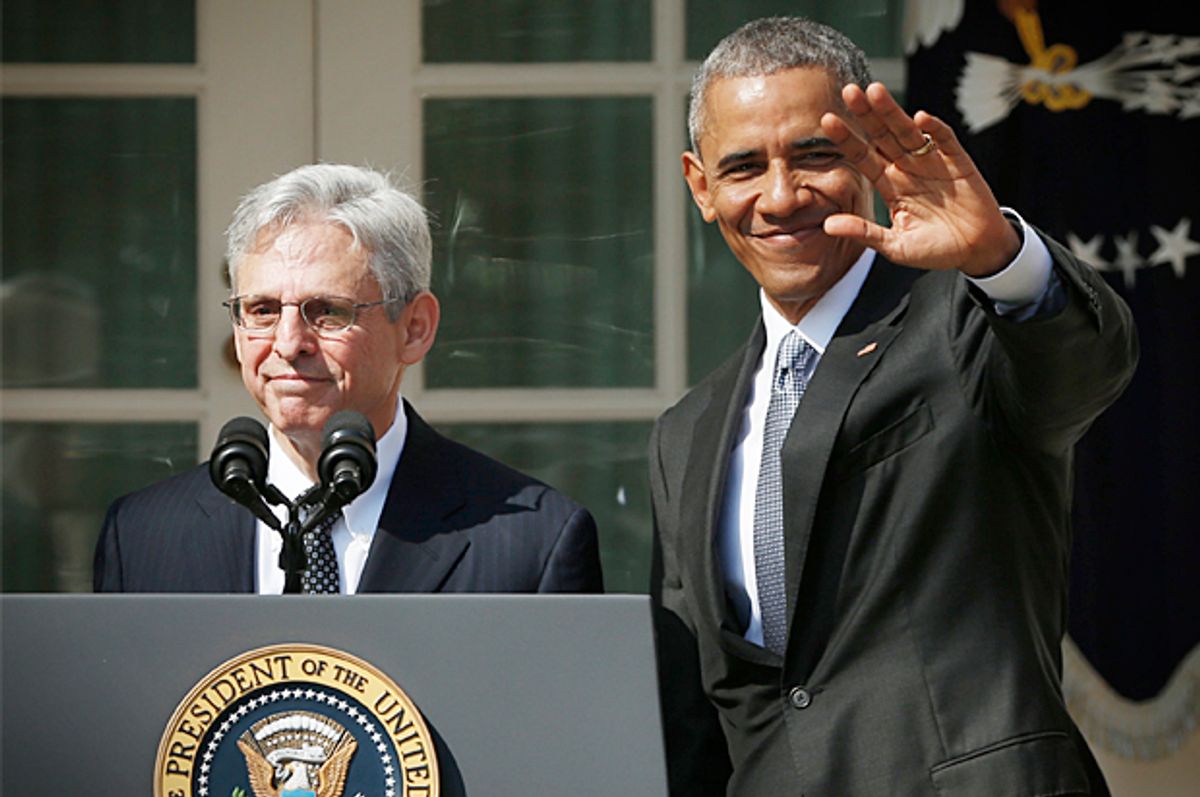 It’s fitting that this March, as women across the country celebrate Women’s History Month, advocates for reproductive justice prepare for what may be one of the most significant battles for abortion rights in recent history: the Supreme Court’s decision in Whole Woman’s Health v. Hellerstedt.

While we can anticipate airwaves filled with uplifting, message-tested stories about women and their progress throughout the month of March, we will rarely hear about the radical activists who shaped the women’s rights movement. It is long overdue that we focus our Women’s History Month efforts on celebrating the role abortion and reproductive rights have played and continue to play in the fight for equality and against oppression.

Reproductive rights and bodily agency have always been central goals of the women’s rights movement. From feminist anarchists like Emma Goldman, who argued that a woman should fight for her suffrage by “refusing the right to anyone over her body [and] by refusing to bear children, unless she wants them,” and second wave leaders like Gloria Steinem, who declared that “the definition of patriarchy is to be able to control reproduction, and that means you have to control women's bodies,” to reproductive justice leaders like Loretta Ross, who have connected the right to parent, the right not to parent, and the right to raise children in safe and healthy communities, activists have seen reproductive rights as integral to the movement and continued pushing for more.

You wouldn’t know this from the recent commemorations of Women’s History Month. Commenters tend to focus on other, presumably safer, topics in the space. President Obama, in his 2015 speech, highlighted past victories and asked progressive advocates to focus on some of the critical economic issues facing women today – childcare, paid leave and pay equality.

These are all important issues worth fighting for. But by not advocating for the advancement of abortion rights, the president did a disservice to the millions of women for whom agency over their bodies is central not just to their economic freedom, but to their basic dignity as human beings. Perhaps his silence is due, in part, to his inexplicable failure to stand up for abortion rights for rape victims in war zones – a move fully within his executive power, and one that will stain his legacy toward women and girls if he doesn't rectify it soon.

The absence of conversation and celebration of the full spectrum of reproductive rights is especially frustrating considering that politicians have shown that they will stop at nothing to infringe on basic dignity and human rights by passing laws restricting abortion access, chipping away at women’s opportunities for full participation in society.

One of the more egregious examples of these is Texas Gov. Rick Perry’s 2013 regressive omnibus, HB2, a law that closed many of the state’s abortion clinics and threatens most of those remaining open. This forced significant hardship on Texas women, who are now often expected to travel hundreds of miles for an abortion, frequently over state lines. The upcoming decision in Whole Woman’s Health v. Hellerstedt – the legal case against HB2 – will not only impact Texas women, but every woman and man in this country.

Though we will continue to fight tirelessly, this fight is not just about the courts. The right to abortion must be robustly embraced by political leaders who call themselves pro-choice.

After eight years of inaction on reproductive rights, President Obama must repair his compromised legacy with our movement. Too often, he has let women down by conceding with Congress. He has been willing to uphold the Hyde Amendment and his egregious inaction on the Helms Amendment, which bars federal funding for abortion assistance overseas and which needs not exclude cases of rape, incest, and life endangerment, means he has work to do now.

The death of Antonin Scalia left President Obama with the opportunity to nominate a replacement justice who is an open, unapologetic defender of abortion. Unfortunately, it looks like his pattern of hesitation over acting as an advocate for reproductive justice will continue.

Judge Merrick Garland, Obama’s nominee for the seat, has no public legal or personal record on reproductive rights. This is untenable, especially at a time when the Supreme Court is considering the most sweeping abortion access case in a generation.

Let us be clear: Yes, the Republican leadership has declared its intention to obstruct a vote on Garland’s nomination, insisting that the Supreme Court should remain one short until a new president is elected, in the hopes that one of their antiabortion candidates can nominate their own champion against progress. But that was no reason for the president to fail women once more by trying to compromise with what has become an uncompromising force.

Silence on abortion rights is not a net positive in a candidate; women deserve to know how a potential Supreme Court justice might vote on issues paramount to their health and well-being. They deserve leaders who are proud – not hesitant – to be their defenders.

This Women’s History Month, we are watching and we will take action. We urge people to remember that the struggle for reproductive freedom has been essential in our historic fights for equality. Omitting these critical conversations about abortion, just because they make some people uncomfortable, opens the door to oppressive, dangerous legislation like HB2.

We are not going to take lightly anyone – our president, our elected officials, or members of our Supreme Court – who does not live up to their promise to stand proudly for our rights and liberties.

Be proud of women’s history – and fight for progress – by celebrating reproductive justice this March.

After failing to put forward an openly pro-choice nominee for the Supreme Court, an executive order clarifying that Helms does not strip abortion funding in the cases of rape, incest and life endangerment is a good place for President Obama to start repairing his bad legacy on reproductive rights.

Erin Matson and Pamela Merritt are the co-founders and co-directors of Reproaction, a new direct action group forming to increase access to abortion and advance reproductive justice. Reproaction is proud of their left-flank analysis, and are not in this fight to protect the past or maintain the status quo. They believe that the current state of abortion access—the closed clinics, financial barriers, insulting hurdles, baseless religious exemptions, and terrorism against providers—is a degrading, man-made humanitarian crisis. Learn more at http://www.reproaction.org/.