The "Kurt Cobain was murdered" brigade is back: Photos of his suicide gun reignite conspiracy theories 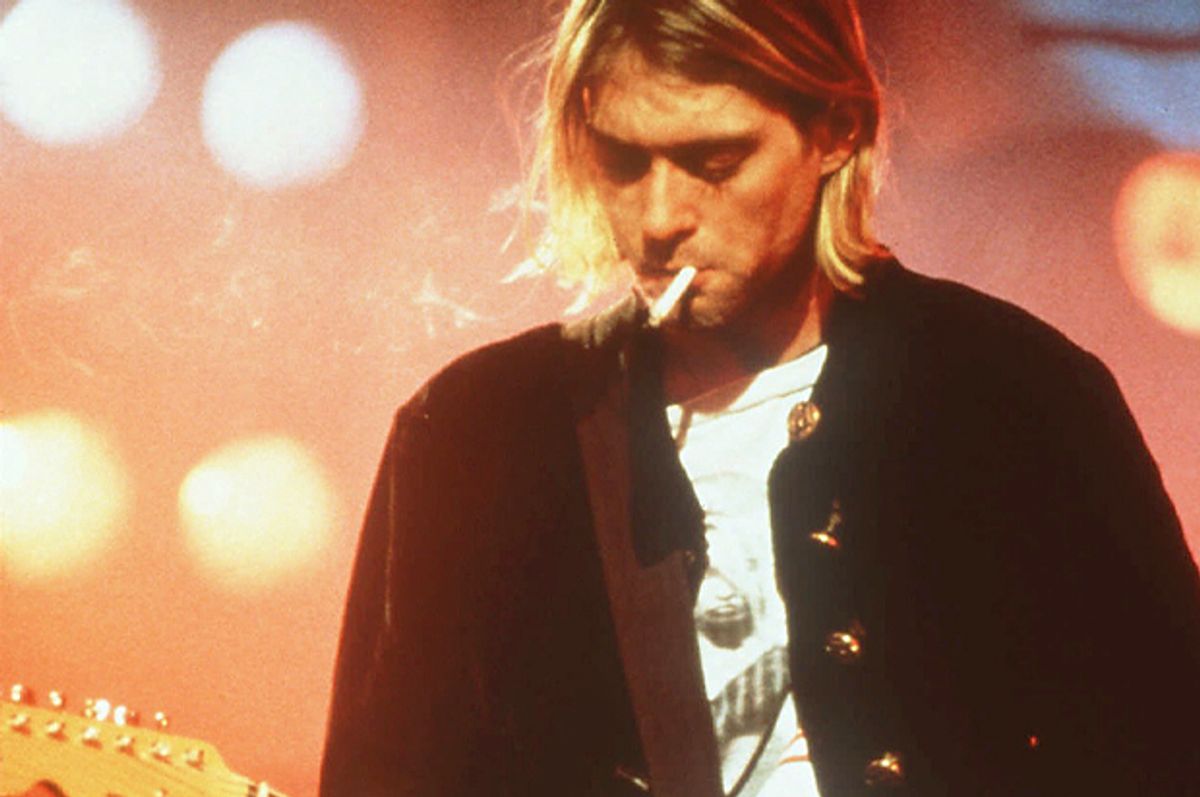 Let's start with a few basic facts. Nirvana frontman Kurt Cobain was a rock legend. He was married to another rock legend, Hole's Courtney Love. He openly struggled with health problems, drug abuse and depression. He died 22 years ago, at the tragically young age of 27. That death was ruled a suicide. Idolized in life, he has attained immortal status in death — a face on a t-shirt, a symbol of an entire generation. But he's not immortal. He's not a symbol. He was a mortal who had parents and siblings and a daughter. So think about that as you consider the grotesque spectacle that is the recent unveiling of the gun that snuffed out his life.

Like daylight savings and ramps at the farmer's market, the impending anniversary of Cobain's death always seems to bring out the "Kurt was murdered" brigade. And so, because the Internet is one big rabbit hole of conspiracy theories, because there are people who actively believe Sandy Hook was a hoax and that the earth is flat, this week the Seattle Police Department released five new photographs of the rifle that killed Cobain. And it's just ignited the believers to cling all the more firmly to their theories.

Two years ago, near the twentieth anniversary of Cobain's death, the police announced they had "Seattle Police Department Cold Case Detective Mike Ciesynski reviewed the case file in anticipation of media inquiries about Cobain’s death, and the many conspiracy theories surrounding the case." Ciesynski immersed himself in the known information about the mysterious last days of Cobain, who was found dead of a gunshot in his home by an electrician. He watched documentaries and read articles about the conspiracy theories. And while he admitted, "They're all very interesting," he added decisively, "It’s a suicide. This is a closed case."

But then last year, the police department released 34 new photographs from the scene, including some that appear to show drug paraphernalia. Now, they have added the release of the five photos of Ciesynski with the gun, taken last year. And in the meantime, the department is also announcing its intention to block a lawsuit aimed at forcing it to release more images — specifically, "graphic crime scene photographs" that members of the insatiable online have been demanding. It adds that Cobain's now adult daughter Frances Bean Cobain has stated her belief that the release of more explicit photographs would only serve to "encourage disturbed stalkers and fanatical threats."

But if you were to look around on social media Friday, you'd find plenty of folks swearing that the photos are actually further proof that something is rotten here. Seattle writer Richard Lee quickly declared that "The release of the five photos of the shotgun in the Kurt Cobain homicide case provides crystal-clear proof of one thing above all else — that the Seattle Police Department has its own culture of cover-ups and secrecy." Lee, by the way, is a leading proponent of the Cobain murder theory and one of the people fighting to get the gruesome death photos of Cobain released. Last year, the Daily Beast described him with the phrase "totally bonkers." On Twitter, meanwhile, you can find people pointing to the photo of "the gun used by Courtney Love in murder of Kurt Cobain," while on Facebook, some fans are asking, "What further proof do you need to conclude, he didn't blow his own head off?! Do you see that gun?"

Sure, Cobain had survived a reported suicide attempt the month before his death. Sure, he'd recently escaped from a rehab facility in Los Angeles. Sure, there was the potentially "lethal" amount of heroin in his system. Sure, there was a suicide note that promised it would "be pretty easy to understand" and ended with the promise, "I love you." But this is supposed to be Courtney's — or someone else's????? — doing? Right.

If you're puzzled that a guy on a crazy amount of heroin could get a very long gun to his head and pull the trigger, that's reasonable. But in the Occam's Razor of death, let the power of depression, drugs, a seemingly very powerful will to die and a nearby firearm not be underestimated. And more than two decades after he ended his life, a selfish pack of conspiracy theorists still won't let Cobain — or his family — have any peace.