Fox News "brainwashed" so many dads: "People are being bamboozled on a massive scale" 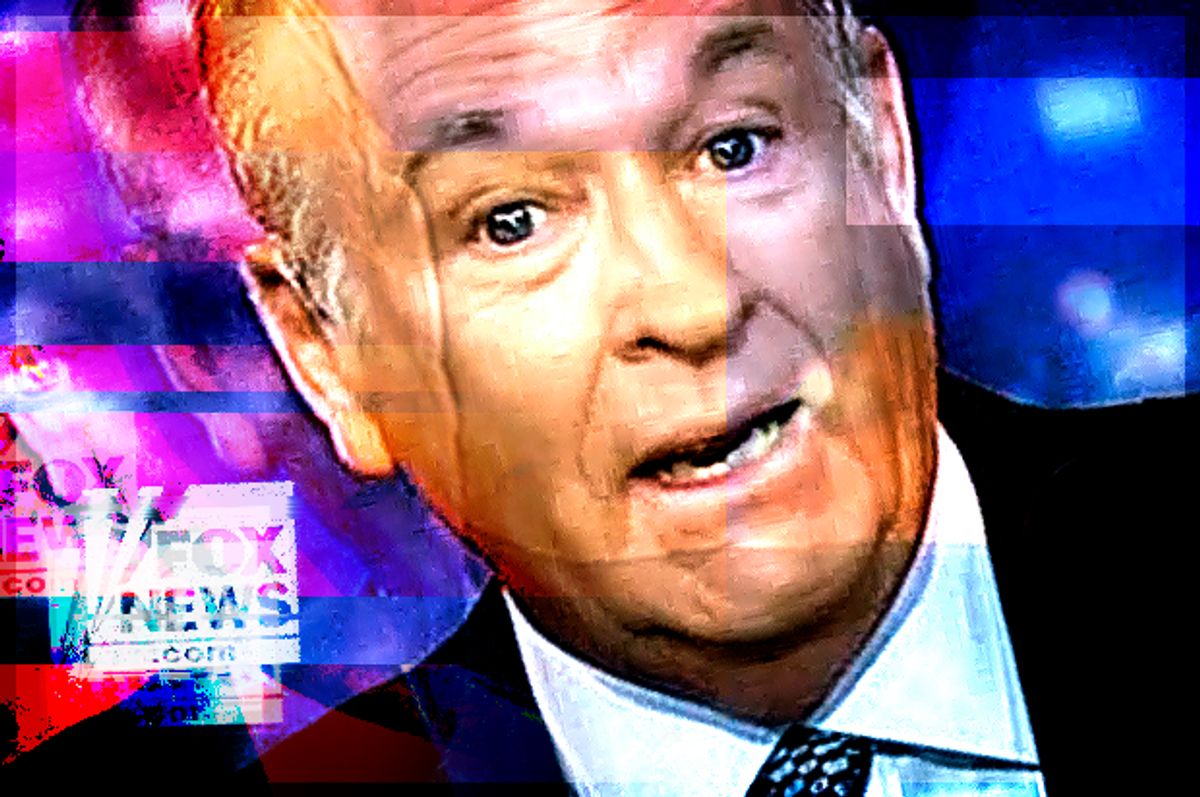 Filmmaker Jen Senko noticed a disturbing phenomenon. Her father, Frank, was a goofy, fun, non-political dad who treated people with respect when she was a child. However, when she was older, she noticed her father would rant about “Feminazis,” listen to Rush Limbaugh and watch Fox News. He became the family pest, forcing one-sided discussions of conservative politics and becoming enraged and unreachable after watching Fox News.

Senko investigates the reasons for this transformation in her stirring new documentary, “The Brainwashing of My Dad.” She interviews activist Noam Chomsky, author David Brock, who penned the article “Confessions of a Right-Wing Hit Man,” and Salon’s own Matthew Saccaro (“I Was a Teenage Fox News Robot”), among others to emphasize the invasiveness of Fox News. She even includes Skype interviews with ordinary people whose Fox News-loving family members shut them out of their lives.

The documentary, co-narrated by Senko and co-producer Matthew Modine, traces the history of the insidious ways the conservatives gained control of the media and how the Republican Noise Machine sustained such wide influence and impact, even as Fox News propagates lies, by bleeding false stories.

Senko spoke with Salon about “The Brainwashing of My Dad.”

You noticed this transformation with your father. What tipped the scales that you decided to make a documentary feature about the topic of how folks are swayed from liberal to conservative thinking, by Fox News in particular, but also talk radio and other media?

I felt like I could see the writing on the wall. I still don’t know why I could see it. I think, and this sounds weird, but when I was younger, I was really bullied, so that profoundly affected me in a lot of ways. When I first heard Rush Limbaugh, I thought he was a bully. My mother said that she was raised Christian and Limbaugh didn’t sound Christian or nice. I felt that when Hillary Clinton said there was this vast right-wing conspiracy, I felt: That’s it! That is happening! Even when Bill Clinton first became president, I felt the country was moving to the right. I felt the more I saw my dad change, and the more he became unrecognizable to us, the more alarmed I got. I talked to friends and a cousin who were very argumentative usually about the same topic and around the same time. It rang alarm bells to me. There was a very dangerous thing happening in our country. It was a phenomenon. So I wanted to make this film. I always felt since I was young that movies and media are incredibly influential. We don’t grasp how influential TV and media can be. Look at “War of the Worlds.” People believed it.

Where did you research all the facts about Roger Ailes, or the various memos you cite?

After John Kerry lost, I got into an argument with my dad. It prompted me to start a media group called PRISM, People’s Response to Inefficient Subservient Media. We watched the Sunday news shows, and read about politics, and wrote letters together. We started renting documentaries. I found all these facts that eventually I sewed together from those sources. I learned about the Powell Memo from Frances Causey’s “Heist: Who Stole the American Dream” and the Federal Communication Act from Sue Wilson’s “Broadcast Blues.”

How did you find the folks who recounted stories of their own experiences with friends and family members on Skype in the film?

The Skype folks were from word of mouth. We had 947 backers from our Kickstarter campaign. I mentioned that I was looking for stories similar to mine. People were writing to me, so I tried the Skyping them in the film and it worked. I liked the patchwork quality of those scenes; there was a different texture for those stories. It was also very emotional for people to be seen talking about folks they love being like pod people.

Can you talk about how you assembled the photos, and clips, as well as animation by Bill Plympton to tell this story?

I hired an archivist to do photo research. My editor, Kala Mandrake, was wonderful because she would suggest things and find things on her own. She found some of the Fox News clips. She wasn’t political at first but she got into it and became political. Bill’s animation came near the end. Adam Rackoff [Matthew Modine’s producing partner] came in and he knew Bill, and Adam suggested we ask Bill to do some animation. He asked for a storyboard and then worked with me to get the appropriate visuals.

What do you think is the greatest harm being done by Fox News and talk radio?

I think that the greatest danger is that people are unwittingly voting against their own interests and democracy is being compromised. People are being bamboozled on a massive scale. They wonder why they are so unhappy. They blame Obama for everything and they don’t realize that the whole theory of “trickle down economics” have been fed to them through the media. It permeates everywhere. It’s not just Republicans. It becomes part of the language. The most dangerous part is that you have a country of half-brainwashed people. When I first used the term “brainwash,” it was done tongue-in-cheek; I wanted to evoke Red Scare films of the 1950s. But by the end of the film, and after interviewing neuroscientists, I believe people were or are being brainwashed. It’s just a different type of brainwashing—not coercive, but more subtle. It’s an insidious poison that’s seeping in through radios and TV sets, and it’s poisoning families. You have people fighting with their families. They are not blaming those who are at fault, but blaming each other.

In addition to stories of friends who don’t speak to family members, I often hear stories of “defriendings” on Facebook because people post different political viewpoints. How do you think your film could help people with different opinions bridge the gap?

One of the biggest questions we get is: “How do I talk to my mom or dad, or whoever?” We refer them to our website, which is like a library, a repository, or a community center where they get books like the one by George Lakoff, “Don’t Think of an Elephant,” or organizations like HearYourselfThink.org. They talk about how to break down the person you’re talking to: “Deprogramming the Amygdala.” They talk about how Fox activates the Amygdala part of the brain by inducing fear and emotion. Rational thought is turned off. You accept anything you hear. You react in a “Fight or Flight” way. They work with that person and try to calm them down. I’m hoping that my film can reach millions of people and that conversations will start and people will find the resources and build organizations like HearYourselfThink.

Your film traces how the civil rights and women’s movements helped create a liberal America, but that this shifted with Nixon and later Reagan. Do you think that there could be a, dare I say “fair and balanced,” way for liberals and conservatives to coexist in a way that wasn’t so extreme, or that actually benefited the culture wars?

I no longer consider the word “conservative.” We’re being polite. It’s radical. It’s pretty far right. When we educate people about the tricks the far right media uses—and hopefully they will see how they are bamboozled—there will be a call for more objectivity. I have a fantasy about a law where you couldn’t put the word “News” in your title like “Fox News” if it was over 60 percent opinion. Media is owned by six different corporations, so it’s not liberal. I hope that we can mobilize like Grover Norquist did. I think we could have a shot to create a media that would be more objective. First we have to educate people about what this far right media does and how you do it.

You observe that “resentment and insecurity, and the injured pride of aging white men” is what accounts for the rise of conservatism among men like your father. Do you think you could have stopped him from embracing a conservative ideology?

My dad wouldn’t have changed if he hadn’t started with talk radio. I don’t think he would have embraced conservatism if he didn’t have a long commute to work where he listened to talk radio. If they taught people in school how you can be manipulated by the media, maybe that could have been prevented?