Moreover, if Clinton wins, she's sure to nominate a "43-year-old firebrand" instead of 63-year-old moderate 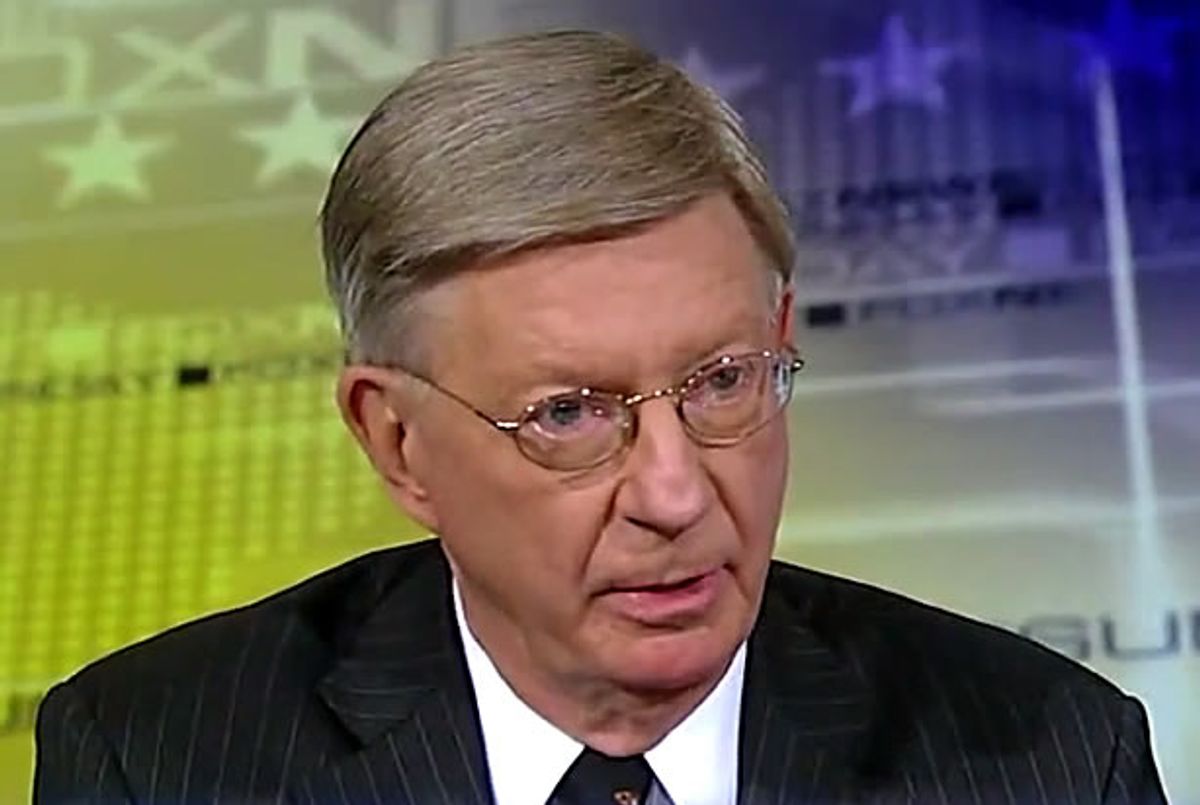 Conservative syndicated columnist George Will appeared on Fox News Sunday with Chris Wallace to suggest that with Donald Trump leading at the polls, it would be in Republicans' best interest to hold hearings on President Barack Obama's Supreme Court nominee, Merrick Garland, because "if Trump [becomes] the president-elect, I don't know how you guess who he might want to put on the court."

"What's puzzling," he continued, "is the Republican Senate leaders who are [delaying the hearings] have all said they will support Donald Trump if he's the nominee. They’re saying, 'We're quite content to have judicial nominations made by Mr. Trump whose qualifications for so doing are somewhat foggy.'"

"Stylistically, Trump is in the George Wallace tradition. Wallace famously said, 'There’s too much dignity in American politics, we have to have more meanness.'

Part of Will's thinking here is merely pragmatic -- he believes that if Trump is the nominee, Hillary Clinton will win the general election, and according to the "freshly minted 'McConnell Rule' that nominees should be sent up a president after the people having spoke," it's entirely possible that "the people [will] have said, 'Hillary Clinton,' and Mrs. Clinton says, 'Fine, let's withdraw Mr. Garland and appoint a 43-year-old, not a 63-year-old -- [and] not a moderate, but a 43-year-old firebrand.'"

That would "serve the Republicans right."

More generally, voting on Garland would "demonstrate to the Republican base something that they very much doubt -- which is [that] there is some reason to want the Republicans to control the Senate."

"They can't defund Planned Parenthood; they can't repeal Obamacare; they can’t even prevent the reauthorization of the Export-Import Bank -- [but] this they can stand up and say we can actually do something.."

Moreover, Will concluded, the "Biden Rule" only states that "we have no confirmations during a political season," but at this particular historical moment, he asked, "when are we not in a political season? It's not just election years anymore."

Watch the entire exchange below via Fox News Sunday on Hulu.