Is there life after "Life on Mars?": David Bowie's death has made this ubiquitous song so painful to hear

Last night, HBO aired back to back shows, "Vinyl" and "Girls," that both ended on "Life on Mars?" Too soon, I say 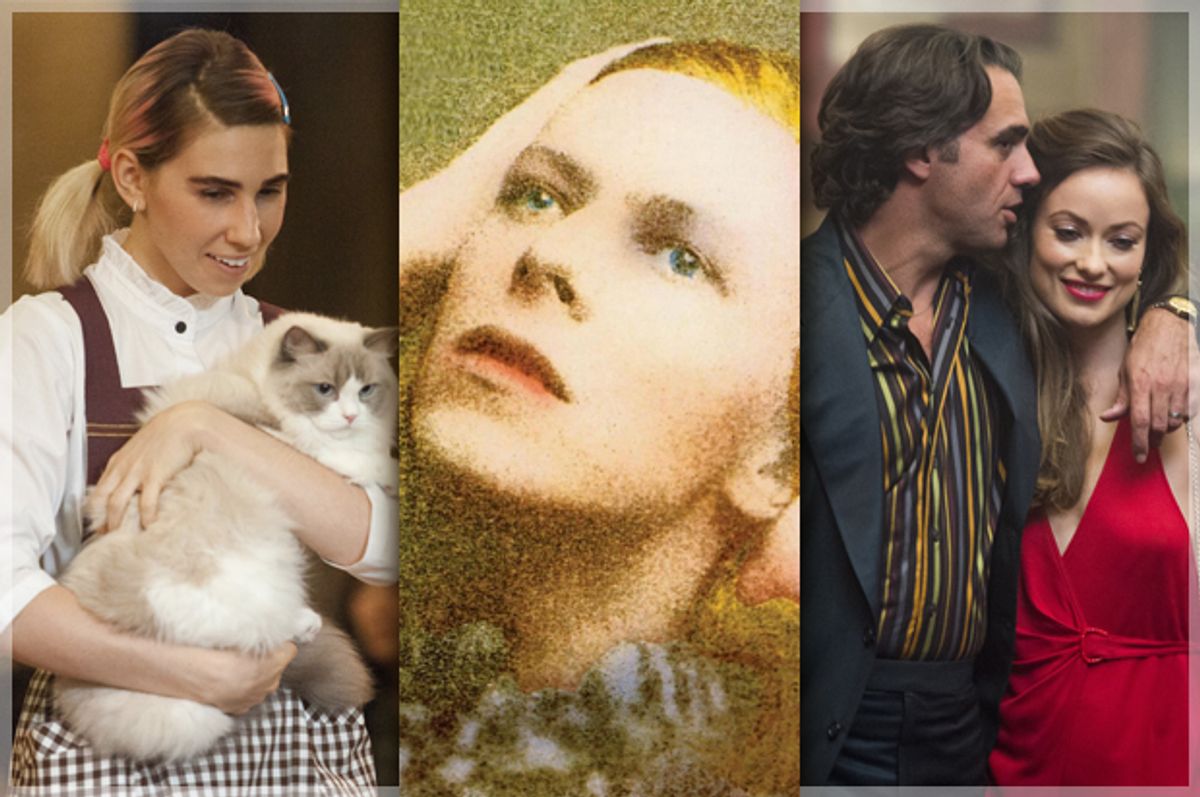 A day or two after David Bowie died, I was in denial and I still am. I decided the best thing to do was to work on my current book, which does not include much about Bowie only… well, every film he’s ever made. So I rented Ridley Scott’s excellent “The Martian,” and lost myself in Matt Damon’s wry and moving performance until… boom, “Life on Mars,” is played on the soundtrack. Now this film is a high tech, suspense with lots of special effects, plus it’s about life on the freakin’ red planet so I gave it a little pass as it jabbed me in my Bowie-heart, which was still aching.

“Life On Mars” has had a funny life of its own. It wasn’t originally one of Bowie’s biggest hits, although it was often lauded by critics as the best song the man ever penned. It appears on an album, 1971’s “Hunky Dory,” that passed the ball to the slam dunk that was “The Rise and Fall of Ziggy Stardust and the Spiders From Mars,” and you could argue that the takeaway song in America at least, from that one, is “Changes.” For years, that was Bowie’s signature tune, assumed to be autobiographical and it probably was. Who could tell with Bowie?

“Life On Mars” might be about Bowie, too, but lyrically it follows a “girl” with “mousy hair,” who loses herself in the cinema, much in the way I tried to while watching Matt Damon in the goddamned “Martian.” She’s “hooked to the silver screen.” It’s one of Bowie’s great ballads, coming on the heels of the hard rocking, proggy “The Man Who Sold the World,” and features melancholy piano chords played in the studio by the wizarding Rick Wakeman, most famous as the keyboardist in Yes.  “Hunky Dory” has rockers that vie with most anything on “Ziggy”; they are really sibling albums the way “Rubber Soul” and “Revolver” tend to be classified — “Queen Bitch,” “Andy Warhol.” But it’s the downbeat songs — “Eight Line Poem,” “Quicksand” etc. — which demonstrate Bowie’s fearless leap into genius. Of these, “Life On Mars” is the boldest. Lou Reed could have written “Queen Bitch” (which is in fact a tribute to the Velvet Underground) but nobody else could have penned words like “It’s on America’s tortured brow / that Mickey Mouse has grown up a cow.” First of all, you’d have to be British, and gazing from the West side of the ocean, and second of all, you’d have to be David Bowie.

“Rule Britannia is out of bounds, to my mother, my dog and clowns.” Bowie’s lyrics were sometimes dismissed as pretentious. Influenced by half-read books. Of “Rock and Roll Suicide,” another stellar ballad which closes “Ziggy,” Lester Bangs once opined that the Bowie lyrics “Time takes a cigarette, puts it in your mouth…” was one of the worst rock lyrics ever written, but fuck him anyway. Bowie was a master. And “Life On Mars,” could very well be his masterpiece. But that does not mean it needs to be passed around Hollywood like Quaaludes in the Roxy parking lot circa ’72, when the man absolutely ruled Los Angeles and every hip kid had a poster of Ziggy Stardust on their wall.

Some things have portended to the current reign of “Life on Mars.” Bowie chose it to feature in a video directed by his more or less official lifelong photographer:

And it was selected by Barbra Streisand for inclusion on her album “ButterFly” two years after its release:

Yes, Babs did a version that was not quite like buttah. Bowie reportedly loathed it, but it’s pretty faithful and showed that the song could easily be embraced and sung with emotion by a woman. Which brings us to last night. I am still hurting and “Life on Mars” is like poking a convalescent with a stick. The better the Bowie, the sharper the pain. Lorde’s version at the Brit awards last month had me reaching for the Advil.

Many hardcore fans might never stop hurting. Some of us use his records as a salve. I know one person who played every Bowie album from the debut (“Man of Words, Man of Music”) through “Black Star” in order to purge out the pain. I have not been able to listen to anything unless forced. And last night, I was forced to hear back to back versions of “Life on Mars,” at the end of two HBO shows, the maligned “Vinyl” and the lauded “Girls,” which is having one of its best seasons and is prone to ending its shows with a twee cover of some old hit or other.

Both get a pass, I suppose. Vinyl takes place in the ‘70s and culminated in part with a piano player doing a solo rendition recorded by Trey Songz. The guy at the piano looked a little like Rufus Wainwright if Rufus Wainwright were on a bad show about the ‘70s. “Girls” played itself out with a cover by Aurora:

and I literally shouted at the screen, “What the fuck?”

When he was alive, Bowie did a lot of licensing. It was good for the catalog and probably kept him in Tang for those long ten years when he did not release an album, but there are a LOT of Bowie songs to choose from. So why “Life on Mars?” and why now?

Does it seem, with this election season, that we are living on Mars? Probably? Do we take refuge in entertainment a la the “mousy girl?” Definitely. Do we “look at those cavemen go…” certainly. Was it a coincidence? Maybe. More likely music supervisors are lazy. Some of them anyway. A few weeks back I posted a gibe at how “Hallelujah” was the only Jeff Buckley song most people knew, and “Legend” the only Bob Marley album owned by casual music fans. I wonder if “Life On Mars” might join the fray now.

Maybe I need to just play it on repeat until I’m inoculated? Or maybe I needed to write this post to say you know… stop. It’s not a real tribute if you don’t feel it and it’s not a real moment on screen if everybody’s doing it. It’s why Bowie left glitter behind all those years ago. Everybody was doing it. It’s why he left disco behind, too. Everybody was doing it. I never watched that TV show “Life on Mars.” I don’t believe there is life on Mars. Maybe some water and a few microscopic bugs, but not even a Spider. I just want to be left alone with my pain, and watch a lot of TV without you people bothering me with possibly the best song ever written.