Meals or wheels? In latest attack on the poor, Alabama Republican tells food stamp recipients: If you want to eat, give up your car

Even though they need to drive to work, Alabama food stamp recipients might have to sacrifice their cars 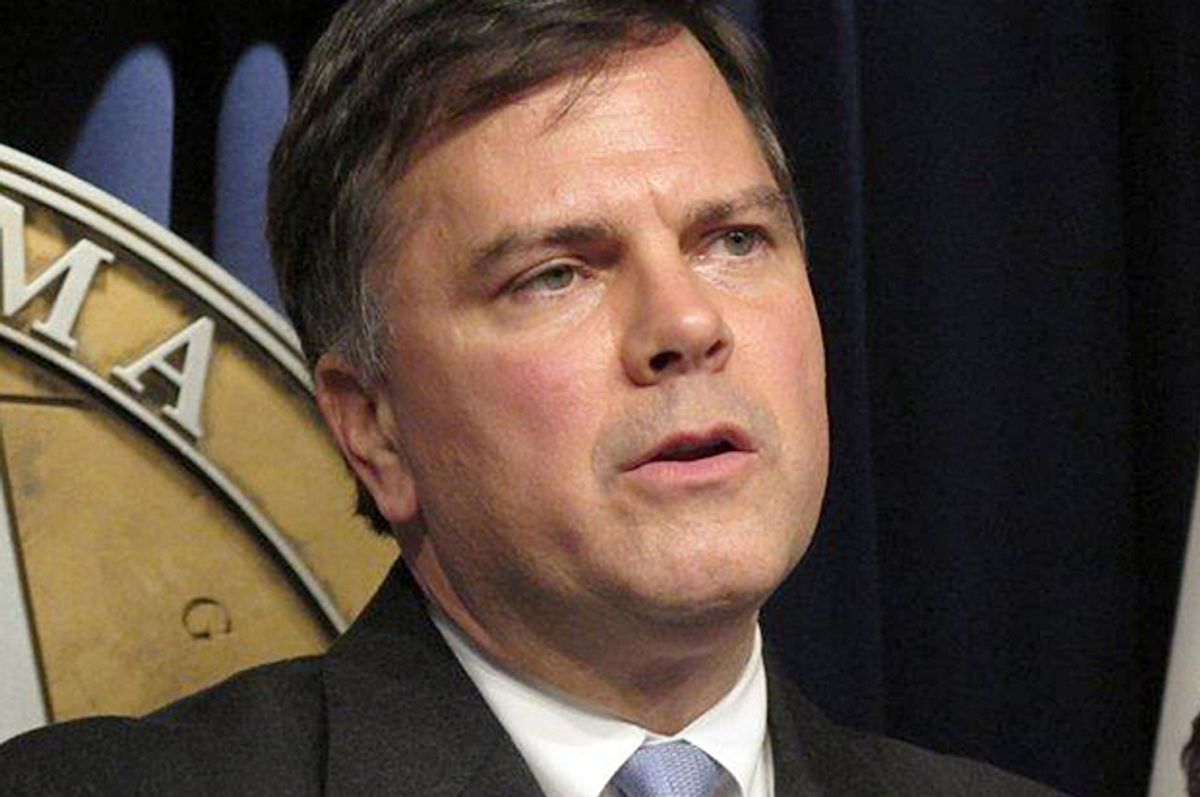 For today's reminder that however nasty and mean-spirited the Republican presidential candidates can get, there are plenty of state level Republicans who can equal or best them: In Alabama, Republican state Senator Arthur Orr is trying to pass a bill that would force low income people to choose between being able to eat or being able to get a job.

To be clear, the bill doesn't expressly forbid you from seeking work while you're drawing assistance like food stamps. Instead, the bill would change the way food stamp eligibility is calculated, counting your car as a financial asset — like a savings account — and requiring you to sell it before you're allowed to get assistance. The result, for huge numbers of low income people who have little to no access to public transportation — and this is Alabama, so that means a whole bunch of them — is that they won't have any ability to either look for work or to get to their job if they are lucky enough to find one.

Orr denies that he's trying to keep people from looking for work, of course. On the contrary, his public statements are riffs on right wing myth that people rely on assistance because they're too lazy to work. "85 percent are employed," Orr said. "You make it sound like it’s an impossibility to find a job."

But it doesn't matter if unemployment is high or low if a person who wants a job can't get to it. Which, for huge numbers of Americans, especially in places like Alabama, means driving a car.

(Update: The original report that this article was based on stated that a person's car is counted among assets. However, it's been updated with a clarification, stating that this proposed calculation only involves cars valued over $4,650. Which means that if the blue book on your car is worth more than that, you are in danger of losing food assistance.

This might seem more reasonable on its surface, but if you've bought a car in the last decade, you'll know it really is not. For instance, when I checked the blue book on a 10 year-old Toyota Corolla with 100,000 miles on it, I found it was worth around $5,000. The value is set so low that unless you're driving a fairly old car — which is more likely to be stacking up expensive repairs that low income people can't afford — you are basically screwed. So no, don't consider this one debunked.)

Orr's move shows that, while Republicans try to argue that they're cutting assistance to get people to work, in reality, the motive is pure sadism and disregard for the basic humanity of poor people. Anyone who sincerely wants to get people to work would not be taking away transportation that you need to get to work. This isn't a matter of misunderstanding, either. Orr's proposal has been heavily criticized by social workers in the area, but he simply doesn't care.

This is the result of decades of conservative nonsense about how people on assistance are somehow living high on the hog. The average food stamp recipient gets a paltry $127 a month, but legends abound about people using food stamps to buy lobster and steaks. Fox News got in on the action, digging up one dude in California they could find who had done this, but not telling the audience that this is an anomaly that has nothing to do with how most people on assistance live. At my local grocery store, you can buy a whopping five lobster tails for your whole month's allotment leaving open the question of how these lobster lovers are surviving for the other 85 meals they need that month.

But this bill shows why writing policy from urban legends is such a terrible way to govern. Most people on food assistance who can work do so, but they can't if you take their car away. Orr's unwillingness to see that stems directly from a larger unwillingness to give up dehumanizing myths about people living in poverty.