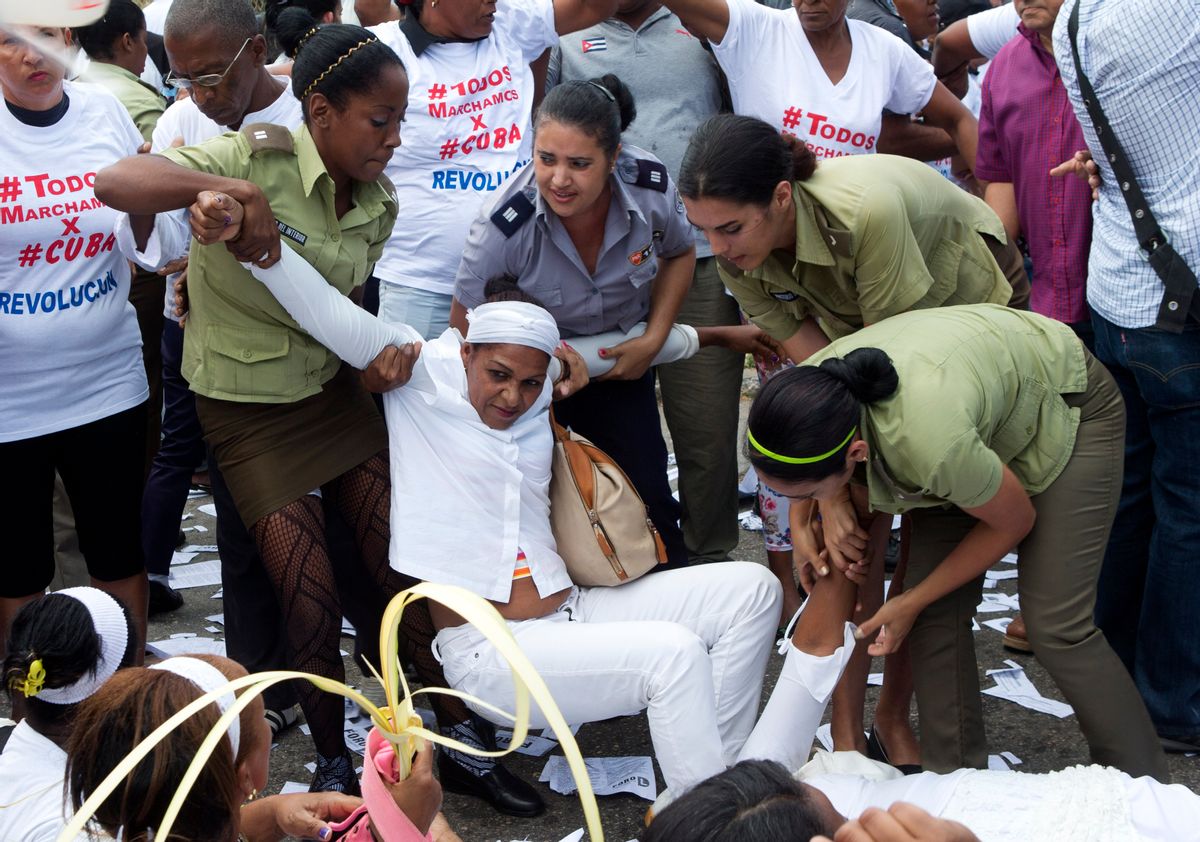 Policewomen drag away a member of Ladies in White during their weekly protest in Havana, Cuba, Sunday, March 20, 2016. (AP Photo/Rebecca Blackwell)
--

President Obama began a historic visit to Cuba on Sunday, becoming the first president to do so since Calvin Coolidge in 1928. The trip to the Communist country is, of course, divisive — meaning Republicans flipped a burger over it.

Cuban-Canadian-American and mouthpiece for the GOP fringe, Ted Cruz penned a Politico Op-Ed condemning Obama's visit. In it, Cruz says it's "injurious to our future" for Obama to "legitimize the corrupt and oppressive Castro regime with his presence on the island."

The Trump tweet was a sort of bugle call for right wingers on Twitter to start typing their own half-baked, free-associative critiques of the visit: