Trump praises campaign manager after video shows him violently yanking a protester: "I give him credit for having spirit" 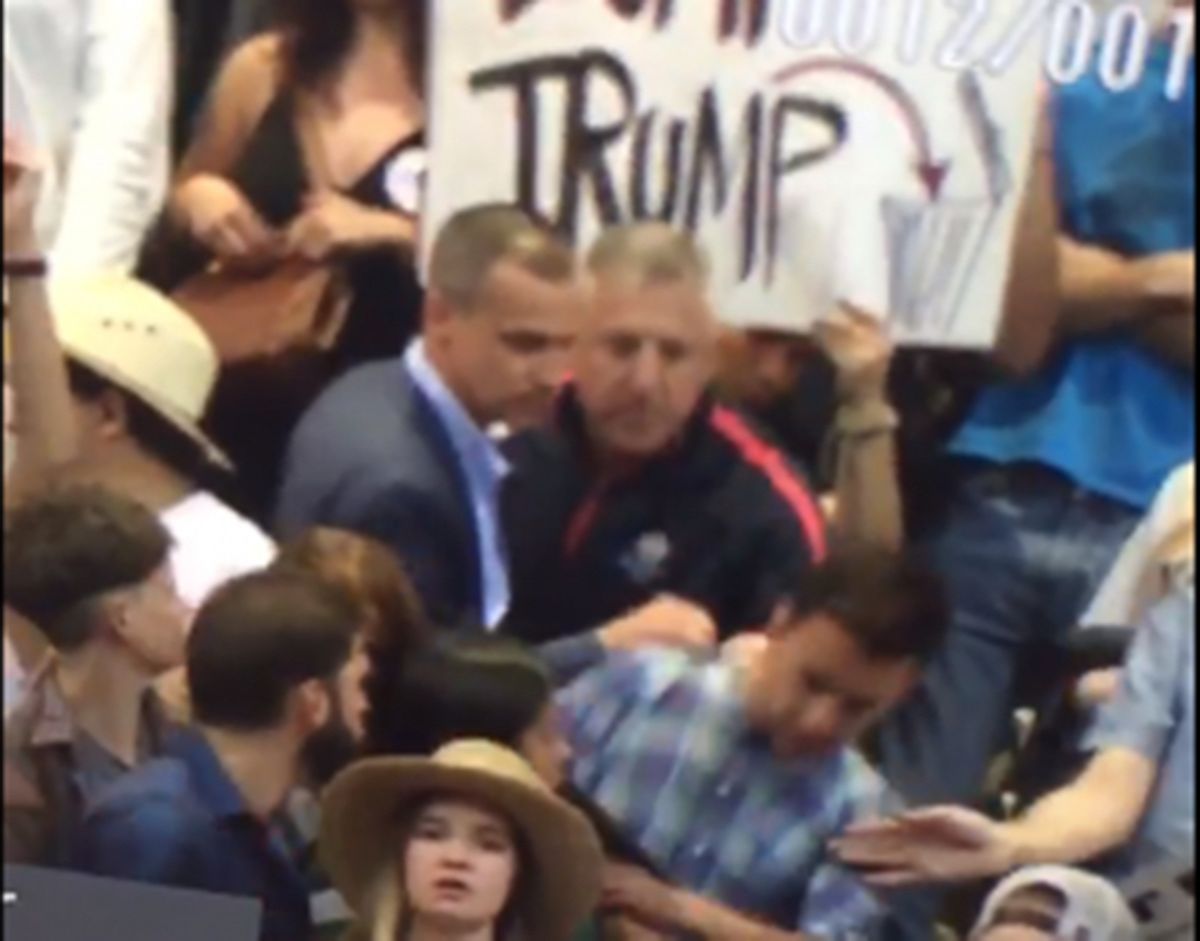 Donald Trump applauded the strong-arm tactics of his controversial campaign manager, Corey Lewandowski, after video proved he violently yanked an anti-Trump protester during a campaign rally over the weekend.

“I give him credit for having spirit," Trump told ABC's George Stephanopoulos during an interview on Sunday. At the Republican frontrunner's heavily protested rally in Tucson, Arizona, on Saturday, Lewandowski was caught on video grabbing a protester by the collar to yank him away:

"Now he didn't touch," Trump quickly added during his ABC interview, continuing to defend Lewandowski. A statement released by the Trump campaign over the weekend initially denied that it was Lewandowski filmed violently grabbing the young man, blaming a "man to Lewandowski’s left” instead.

"The video clearly shows the protestor reacting to the man who pulled him, not to Mr. Lewandowski," Trump campaign spokesperson Hope Hicks said in a statement.

When Stephanopoulos pointed out, however, that "the video there showed that he touched him. Your private security pulled him," Trump doubled down on the deflection of blame for Lewandowski, going so far as to praise his campaign manager for his violent reaction.

"That was somebody else pulling him," Trump told Stephanopoulos, blaming a man Washington Post reporter Ben Schreckinger points out is also a member of Trump's private security.

"I give him credit for having spirit," Trump continued, returning to praise for Lewandowski. "He wanted them to take down those horrible profanity-laced signs," Trump said, referring to anti-Trump protesters whom he called "professional agitators."

When pressed on why Lewandowski was even roaming the crowds while such contentious protests were taking place inside and outside of the arena, Trump blamed the police:

You know what, because the security at the arena, the police were a little bit lax and he had signs, they had signs up in that area that were horrendous, that I cannot say what they said on the sign. But the ultimate word. And it was all over the camera. And frankly the television cameras can't take it and they can't do anything about it.

Lewandowski, of course, recently had a criminal complaint filed against him by former Breitbart reporter Michelle Fields, who accused the campaign manager of violently yanking her by the arm to prevent her from questioning the candidate after a press conference.