"We should not be immune or afraid of critics": President Obama retains optimism as Raul Castro criticizes U.S. policy during historic Cuba meeting

During a somewhat testy and at times awkward press conference, the two leaders expressed common ground 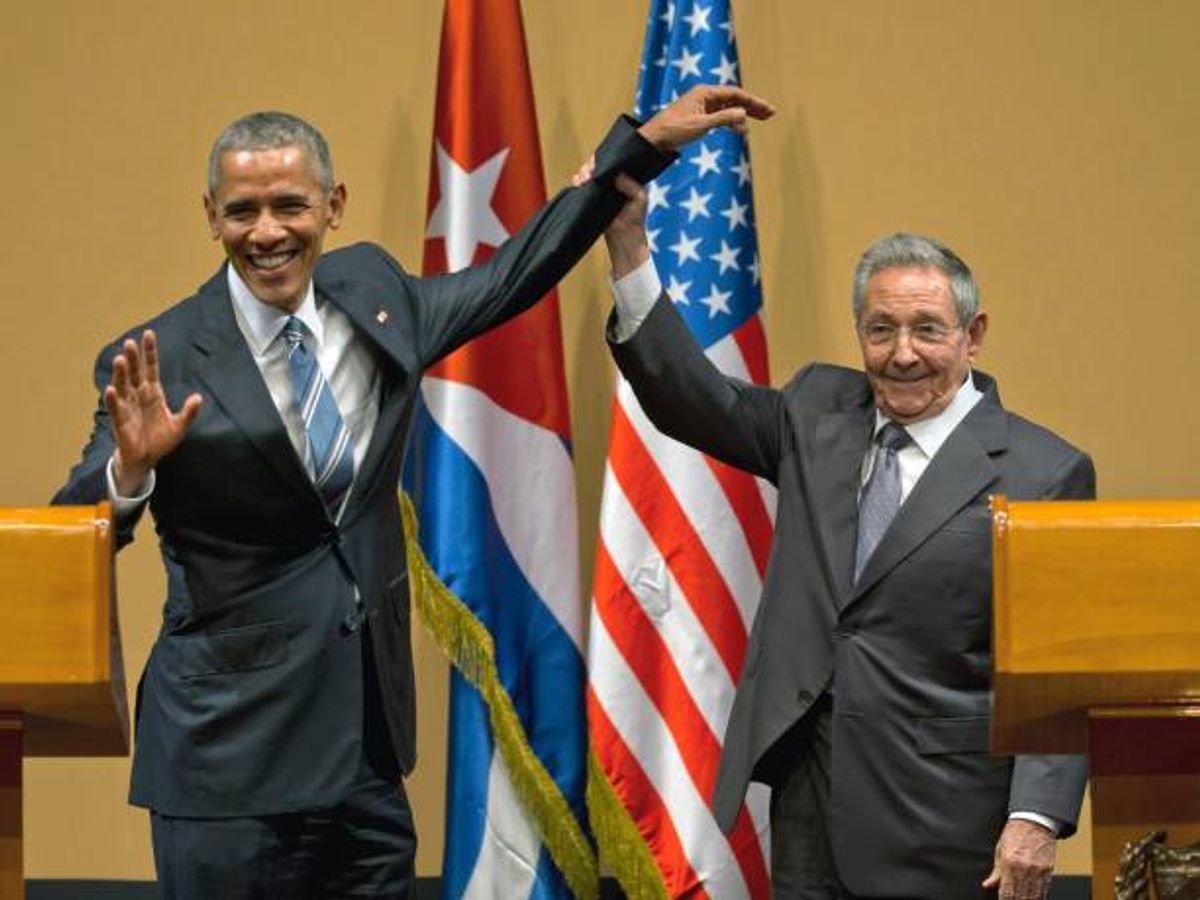 After acknowledging the "serious differences" that exist between the United States and Cuba, President Obama declared a “new day” in U.S.-Cuban relations during a news conference with Cuban President Raúl Castro on Monday.

The two leaders briefly answered questions from media on the first full day of Obama's historic visit, the first by sitting a U.S. head of state in nearly ninety years. The president arrived in Havana on Sunday with the first lady and their daughters. Monday's was the two leaders' third meeting, and although it was meant to serve as a sign of progress between the two nations, Obama and Castro ended up agreeing to disagree on many things.

"The embargo's going to end," Obama proclaimed, referring to the 54-year economic freeze between the two nations, only 90 miles apart. "When, I can't be entirely sure," Obama added, arguing that "the reason is that what we did for 50 years did not serve our interests or the interests of the Cuban people."

The Cuban dictator echoed Obama's sentiments, arguing that "much more could be done if the U.S. blockade were lifted." The embargo, however, seemed to be the only topic the two leaders could seamlessly agree on during the conference, with Obama insisting that relations "will not be transformed overnight."

"The blockade stands as the most important obstacle to our economic development and the well-being of the Cuban people. That's why its removal will be of the essence," Castro added.

84-year-old Castro often appeared confused by the questions and process of the press conference, freely conceding that "there are profound differences between our countries that will not go away," calling the eventually lifting of the embargo "positive, but insufficient."

"It's not correct to ask me about political prisoners in general," Castro pushed-back to NBC's Andrea Mitchell after insisting he would only answer one question from the American media, growing even testier as he fidgeted with his headphones.

Castro argued that it was wrong to "politicize human rights," warning that "if that is the purpose, then we will stay the same way." Castro argued against comparing nation's on human rights records generally, citing Cuba's record on other significant issues like universal healthcare and education as superior to other nations -- namely critiquing the U.S. for failing to ensure equal pay for equal work regardless of gender.

For his part, standing besides Castro, Obama welcomed the critique and called for increased openness between the two nations. "As you heard, President Castro has also addressed what he views as shortcomings in the United States," he said, "and we welcome that constructive dialogue as well. Because we believe that when we share our deepest beliefs and ideas with an attitude of mutual respect, that we can both learn and make the lives of our people better."

But like any significant world event, the deeply considered and impactful words will likely be overshadowed by this one incredible awkward image: