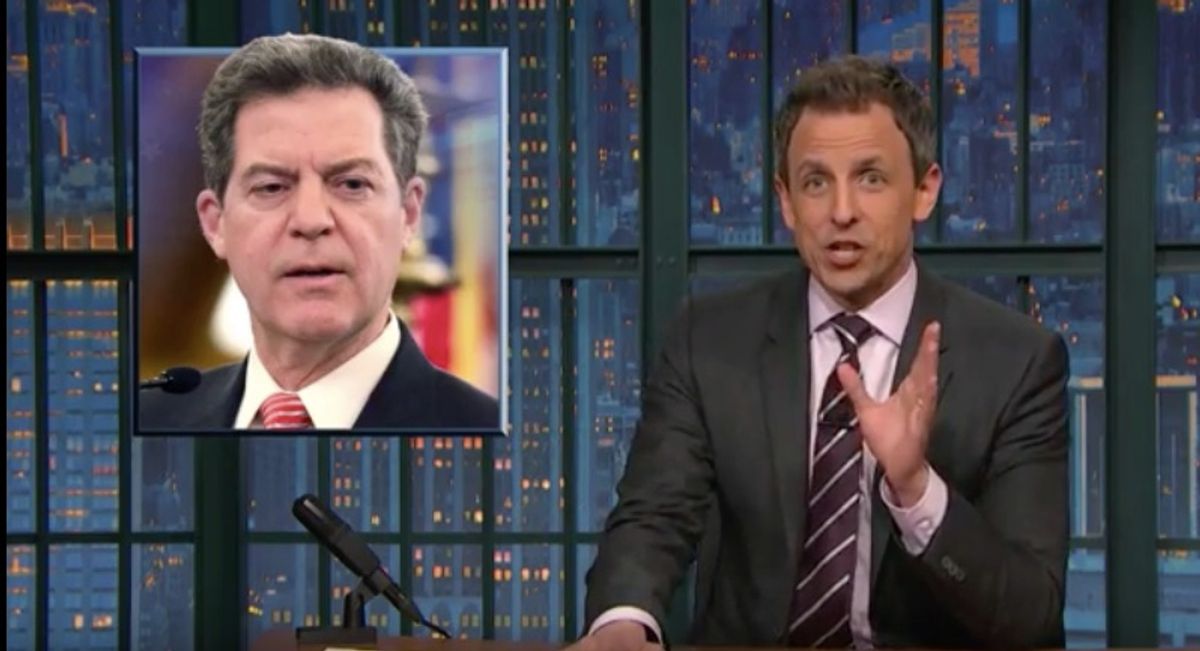 “It's not every day that small business owners ask for their taxes to be raised, but that's what's happening in Kansas,” taunted “Late Night” host Seth Meyers on Monday night.

Gov. Sam Brownback became a target for the comedian after his proposed tax-cut for the wealthy and no income taxes for small businesses turned sour. Brownback was famously quoted as saying Kansas would be a "real live experiment" for conservative economic policies.

Small businesses and residents are now disillusioned by the tax cuts, and troubled by the slashing of state budgets for public school education, leading Meyers to confirm that the results of the experiment are conclusive. "Republicans want to replicate these policies on a national level, but even when you buy couch cleaner they tell you to try it on a small patch of fabric first," he said. "That's what happened here — Kansas was the small patch of fabric. Not only did the cleaner not work, the couch exploded."