Snapshot of a broken system: How a profitable company justifies laying off 1,400 people & moved their jobs to Mexico

When a Carrier air conditioner factory was closed, and its jobs outsourced, it wasn't because of financial hardship 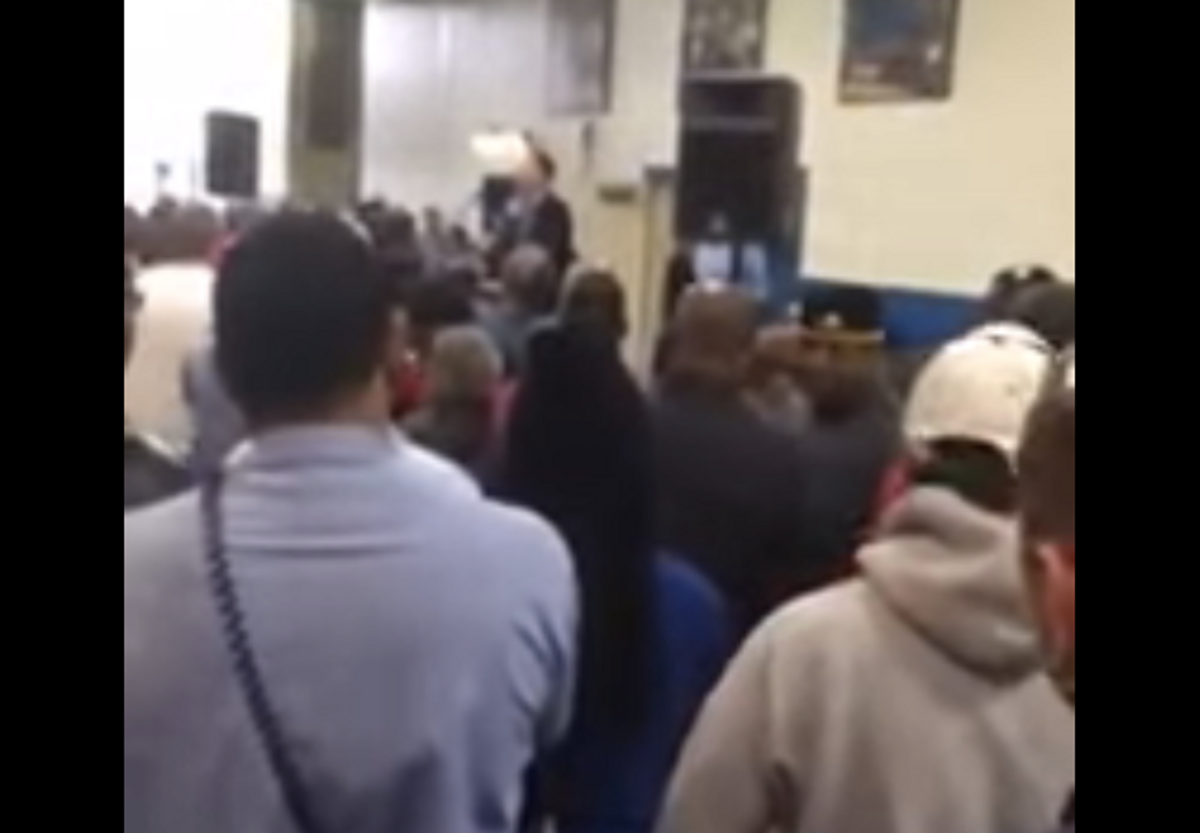 A viral video of 1,400 workers at a unionized Carrier air conditioner factory in Indianapolis being told their jobs would be outsourced to Mexico has become a searing example of the destructive power of globalization. Both Bernie Sanders and Donald Trump have highlighted the video, which surfaced earlier this year, and vowed to fight these corporate practices. But what most people didn’t understand until a New York Times article this weekend is that Carrier’s air conditioning business has, in fact, been quite profitable.

Last year, Carrier produced a significant chunk of total profits for its parent company, United Technologies. Of $7.6 billion in earnings in 2015, $2.9 billion came from the Climate, Controls & Security division, where Carrier resides. Profits from this division have expanded steadily in recent years, which is not what you’d expect from a unit desperate to cut labor costs.

A look at United Technologies’ annual report reveals even more good news: Commercial and industrial products, Carrier’s category, make up over half of UTC’s $56 billion in net sales. Climate, Controls & Security had 3 percent growth in 2015, the highest in the company; it was the only division to increase its profit margin year-over-year. “Organic sales growth at UTC Climate, Controls & Security was driven by the U.S. commercial and residential heating, ventilation and air conditioning (HVAC) and transport refrigeration businesses,” according to page 14 of the report. In other words, air conditioners – what the workers are making in Indianapolis – drove the growth of the best-performing facet of United Technologies’ business.

So why would a profitable, growing business need to ship jobs to Mexico? Because their shareholders demanded it.

United Technologies hides behind statements about remaining globally competitive and maintaining its market position. But the truth is that the company felt pressure to boost the stock price, a key measure of executive performance. “Wall Street is looking for United Technologies to post a 17 percent increase in earnings per share over the next two years, even though sales are expected to rise only 8 percent,” according to the Times story. Moving jobs from Indiana, where workers get $20 an hour, to Monterrey, Mexico, where they get $2-$3, is a way to grow earnings per share.

The responsiveness to shareholders doesn’t end with cutting labor costs. Last year, United Technologies “returned approximately $12 billion to our shareowners in dividends and share buybacks,” according to the annual report. Shareholders extracted around 75 percent of the company’s profits, which hampers the company’s ability to stay competitive through investment. (Research and development went down 13 percent last year.)

United Technologies has promised investors they would cut $500 million in costs every year for the foreseeable future. The president of the Climate, Controls & Security division told investors on a conference call recently that two-thirds of their manufacturing has already shifted to low-cost countries, and that “there’s some opportunity there” to shift more. This is entirely driven by the stock price, disassociated from United Technologies’ robust sales and profits. Executive compensation tied up in stock options or stock performance leads to a loyalty to shareholders that far exceeds loyalty to workers.

Things like free trade and opening the doors to competition with China are the tools by which shareholders are satiated with hefty corporate profits. But the cause is the philosophy of shareholder value, the idea that a corporation exists solely for the benefit of its investors. While this may sound intuitive, that’s just because it’s been drummed into our heads by every business page and CNBC shouting head for decades. The thing is, shareholder value is actually a relatively new phenomenon.

It also doesn’t seem to work. As Lynn Stout, a Cornell law professor and perhaps the greatest critic of this philosophy, points out, the rise of shareholder value theory has coincided with declines in share values for investors, as well as the more rapid dissolution of corporations. When corporate managers used their own best judgment to serve all stakeholders – including investors but also workers, customers, and the community – they enjoyed greater returns. They had more interest in building good products that would survive turbulent times than making sure the dividend would grow by the next earnings report.

Milton Friedman’s 1970 contention that corporations must be run solely for the benefit of its shareholders set the business world down the shareholder-value path. But Stout has argued for years that this isn’t even true as a legal matter. Boards of directors have the legal right to exercise independent judgment and take into account numerous factors beyond shareholder interests. And shareholders don’t “own” corporations, just a contract that gives them limited rights.

To apply this to the Carrier situation, the board could have decided that growing earnings in the air conditioner division supported the idea of keeping the operations structure in place. They certainly could have declined to extract $12 billion to shareholders last year, when they could have funneled that cash into things that improved worker productivity and customer satisfaction, which might have had a similar effect on profits.

Shareholder value proponents argue they perform a critical role as a watchdog for managers to improve corporate governance. Indeed, you could point to the analysts recommending the breakup of Citigroup on shareholder value grounds and see the positives in some of their theories. But in practice, shareholder value has created a race to the bottom. America’s workers cannot compete in an environment where forcing concessions upon them is the entire rationale for their employer’s existence. Politics cannot thrive when shareholder pressure leads corporations to seek whatever advantages they can get, on environmental or safety or public health or tax rules.

We need to figure out how to restrain capital flight, and what to do for low- and middle-skill workers abandoned by factory jobs, beyond just giving them a paper McDonald’s hat and a spatula. We need to be honest about what free trade with China has done to millions of Americans’ job security and career prospects. But until we rethink the purpose of a company, and put that into action in corporate charters, we won’t get anywhere resisting what corporations see as functional imperatives.

Corporations can do more than make their stockholders rich. And “profit” can mean more than dollars and cents. We don’t have to treat Carrier workers in Indianapolis like this. We just have to say no to the tyranny of shareholder value, and set a more proper role for corporations in our society.