Clock is ticking on Paul Ryan: Budget battle signals that his time as speaker might be running out

Far-right Republicans ultimately cost John Boehner the speakership. Is their honeymoon with Paul Ryan about to end? 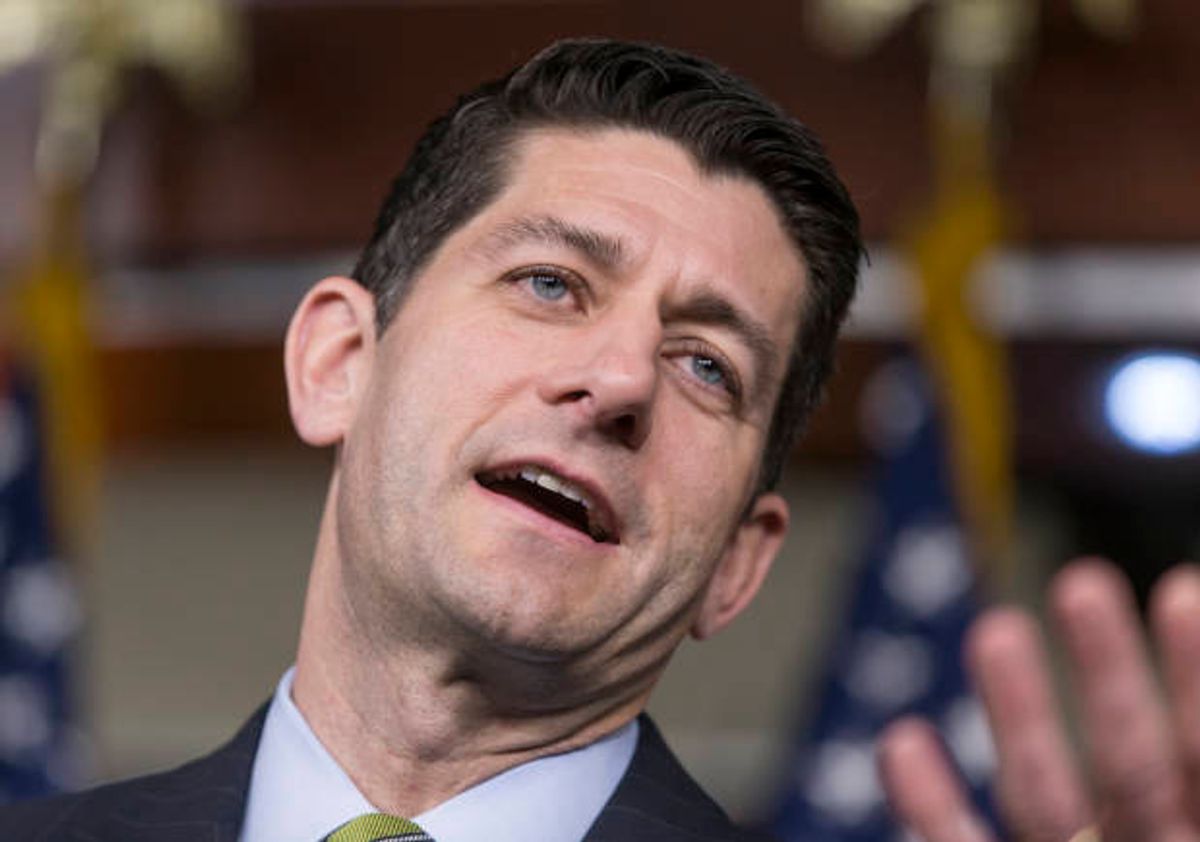 This all happened before Donald Trump started running for president (the B.T. Era, if you will) so you may not remember it. But late last year, then-Speaker of the House John Boehner resigned from Congress, primarily because he saw it as the only way to secure enough Republican votes to pass a budget and avoid a government shutdown.

Liberated from any worry that relying on Democratic votes to pass a budget — and not shut down the government again — would cost him his speakership, Boehner then passed a two-year budget (thanks to Democrats), handed the reins over to Rep. Paul Ryan, and shuffled off into the sun. The hope was that the GOP’s civil war, and the accompanying era of government-by-crisis, was finally at an end.

Well, guess what? The time is fast approaching when Speaker Ryan will have to pass a budget of his own to keep the government’s lights on in 2017. And, wouldn’t you know it, according to Erin Kelly in USA Today, he’s having a whale of a time:

House Speaker Paul Ryan acknowledged Tuesday that he doesn't know if he can secure enough votes among his fellow Republicans to pass a 2017 budget to guide federal spending.

"Look, we want to do a budget, it's very clear," Ryan, R-Wis., told reporters at his weekly news conference. "The question we have is do we have the votes to pass a budget? That's the conversation we're having with our members.”

Ryan is trying to meet the April 15 statutory deadline for the House to pass a budget. That seems increasingly unlikely since the House is scheduled to adjourn Wednesday for Easter recess and not return until April 12.

So far, Ryan, the former Budget Committee chairman who became speaker five months ago, is struggling to convince the most conservative wing of his party to support spending levels that Republicans and Democrats agreed on in October.

To paraphrase the USA Today report, then, Speaker Ryan currently finds himself in a position that is not unlike the one Boehner spent most of his speakership trying to escape.

If he decides to keep the government open by relying on Democratic votes, GOP dead-enders be damned, then he could end up losing his job in the exact way Boehner feared, with his caucus backing a “motion to vacate” his position. (Ryan tried to take that weapon off the table before he became speaker, but the hard-liners called his bluff.) But the last time the GOP caused a shutdown, the party’s standing sunk like a rock.

Needless to say, the 2016 election could completely change the internal politics of Congress. And Ryan can keep the government running, at least for a while, by passing piecemeal funding legislation, too. But if Ryan ever hoped to have more security in the gig than was the case for his predecessor, he’s probably revised his expectations already. Because the problem wasn’t Boehner then, and it isn’t Ryan now.

The problem, quite simply, is the GOP.