Legal woes for pro-gun mom: Florida woman who taught 4-year-old how to use firearms faces 180 days in prison after being shot by him 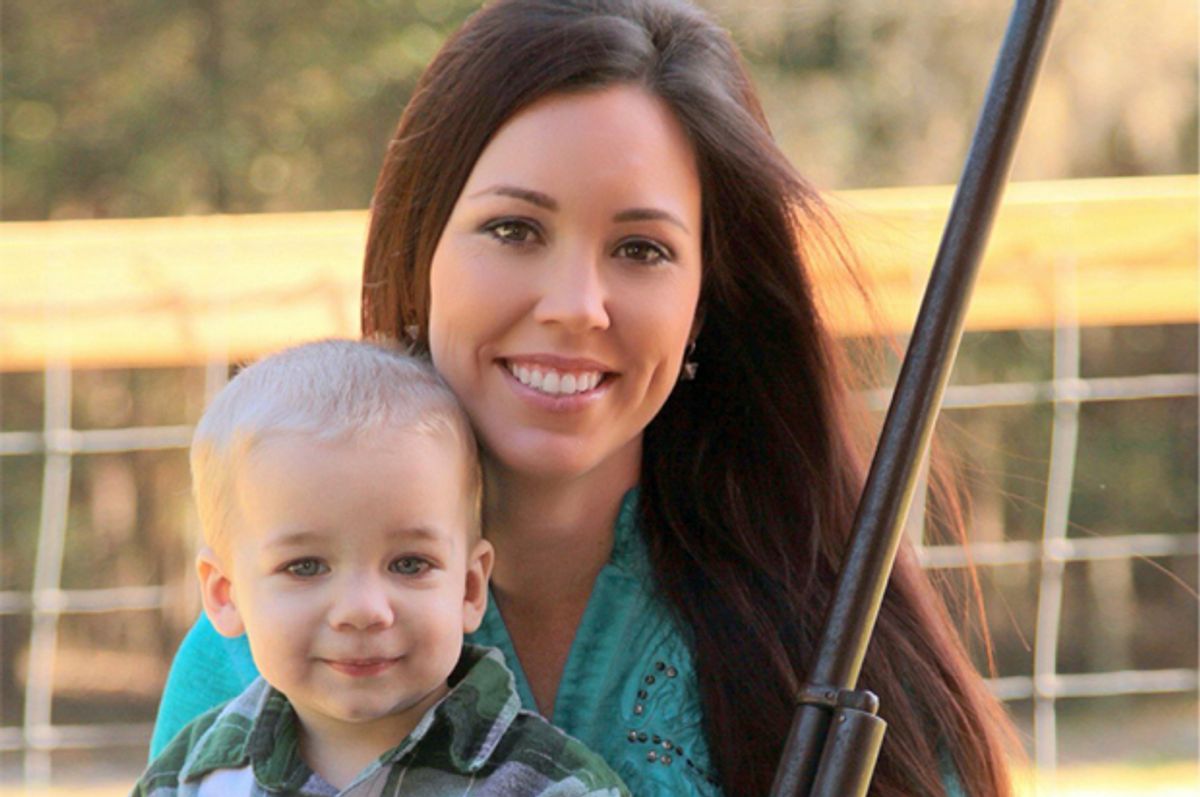 A pro-gun mother who was accidentaly shot by her 4-year-old son could face misdemeanour charges and up to 180 days in prison for allowing her child access to a firearm, The Associated Press reports.

Jamie Gilt, 31, of Florida, placed a loaded .45-caliber handgun in the front seat of her pickup truck, while riding with her son, Lane, on March 8, according to authorities. However, the gun, which was not in a holster and didn't have a safety lock on, slid underneath the back seat and into the hands of the little boy, said Putnam County Sheriff's Capt. Gator DeLoach.

Gilt’s son, who had recently learned how to unbuckle himself out of his child seat, saw the gun on the floor and picked it up, according to reports. He managed to shoot his mother in the back, with the bullet exiting through her chest and into the windshield. Lane was not harmed.

Gilt is a pro-gun advocate who often posted on her Facebook page “Jamie Gilt for Gun Sense,” publicized how happy she was that she’d taught her 4-year-old son Lane how to shoot. "My right to protect my child with my gun trumps your fear of my gun," she wrote. After the shooting however, the page was overwhelmed with comments mocking Gilt after the spectacular fate of events.

DeLoach wouldn't talk about the page at the news conference, which has since been taken down, according to The Associated Press.