Between Tribe and his solo career, Taylor was a major talent whose death is devastating fans 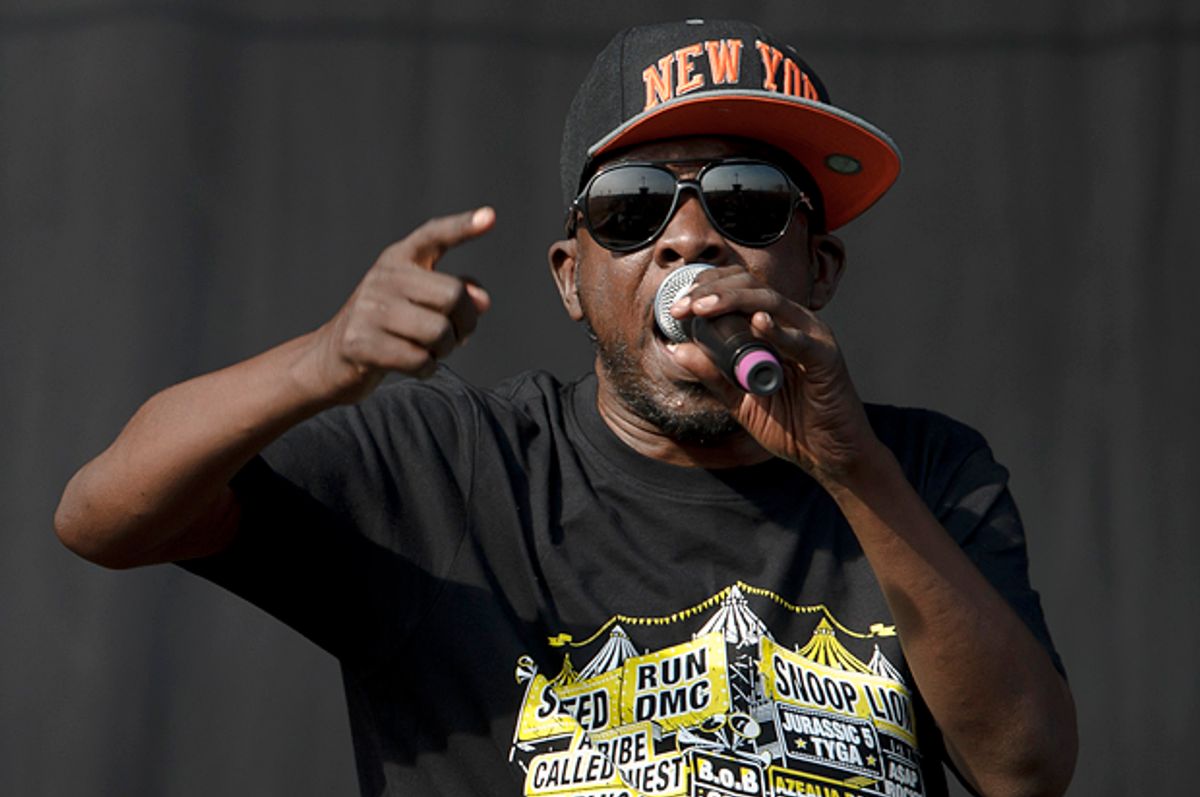 With the death of Phife Dawg, hip hop has lost one of its greatest talents and one of its key links to its late ‘80s/early ‘90s Golden Age. Phife didn’t become a full member of A Tribe Called Quest until its second album, “The Low End Theory,” but his rapping, from early songs like “Check the Rhime” to the group’s last album, “The Love Movement,” helped define the group and expand the field’s stylistic possibilities. A major sports fan who helped coach his son's basketball team despite standing just five-foot-three, Phife had an underdog’s energy and energy and a giving soul.

The musician born Malik Taylor and raised in New York was a skilled, sharp-edged rapper who also became, in part through his decency, an important symbol. And many rap fans – especially those who came of age with Tribe -- are devastated by his loss at just 45. It’s not clear yet what the cause of death was, but Phife had fought diabetes hard much of his life

David Simon, creator of “The Wire” and “Show Me a Hero,” is also demolished:

And author Saladin Ahmed gets at Phife’s gifts:

Questlove of the Roots says that discovering “The Low End Theory” in the days after Miles Davis’ death and hearing Phife’s rapping sent him on his life’s course. Phife was important to Kendrick Lamar, Sean Lennon, Chris Rock, and numerous others.

Phife was on just four songs of Tribe’s debut record, “People’s Instinctive Travels and the Paths of Rhythm,” but it’s hard to imagine the album without him. Part of the Native Tongues alliance that also included the sample-mad De La Soul and Tribe’s high school classmates the Jungle Brothers, Tribe changed with each album but stayed strong through its entire career.

From the beginning, one thing was clear: Phife’s rapping style, which flowed but also cut and bit, was the perfect match to Q+Tip’s mellower, more hangdog approach: The two together added up to one of the greatest vocal teams in the history of popular music.

With “The Low End Theory,” Tribe -- which had used jazz guitar on earlier songs – made one of the most perfect albums of all time, a recording that deepens with every listen. It wasn’t just the contribution of legendary jazz bassist Ron Carter, or songs about social issues (“The Infamous Date Rape” and the anti-consumerism number, “Skypager”) that never felt like lectures. It wasn’t just that “Show Business” is one of the best songs about making a living in music, and has a great, energized rap from Phife. (And then there’s “Scenario.”) A lot of the jazz/rap crossover of the early ‘90s, which excited people at the time, has not aged terribly well. But “Low End Theory” sounds entirely fresh today, and every song kicks ass.

An important Los Angeles club – which was an important launching pad for Flying Lotus and The Gaslamp Killer -- took its name from the album.

And Tribe's next album, “Midnight Marauders,” is nearly as good, driven and full of energy.

It’s proof of Phife’s immortality that when fans think about Tribe, several of his lines leap to mind immediately. "Yo. Microphone check 1, 2 what is this? The 5ft assassin w/ the roughneck business." Or "When's the last time you heard a funky diabetic?" And there’s “I like brown, yellow, Puerto Rican or Haitian… Name is Phife Dog from the Zulu nation.”

Rather than the straight-up macho of some rap groups, Tribe was a team of freaky nonconformists who opened the door for groups like Outkast.

As good as their creative partnership was, the relationship between Phife and Q-Tip was not always harmonious: For long stretches they didn’t talk, and at times they fought physically. It’s sad that such major talents didn’t spend more years working together: The solo careers have some great songs – Phife’s “Flawless” is as funky as anything he ever did – but these two vibed off each other beautifully. At the same time, Tribe quit while they were still ahead. Every album has strong tunes. They never faked it.

Hip hop grew and changed after A Tribe Called Quest stopped recording with ‘The Love Movement" in 1998, in some cases building on its innovations. But there was still no group that combined jazz and playfulness and craft in quite the way Tribe did. (Tribe got back together for tours, starting in 2006.) As beloved as they are by those who know their songs -- especially Gen Xers -- Tribe’s following should be bigger.

Phife in particular saw the group’s music as a kind of offering: He talked about bringing more shows to Tribe fans (“we're doing the fans a great injustice by not getting together and rocking,” he told Rolling Stone) and seemed driven by his love of beats and rhymes until the end.