No, women with large breasts aren't necessarily more sexual, and they're tired of hearing, "Are those real?" 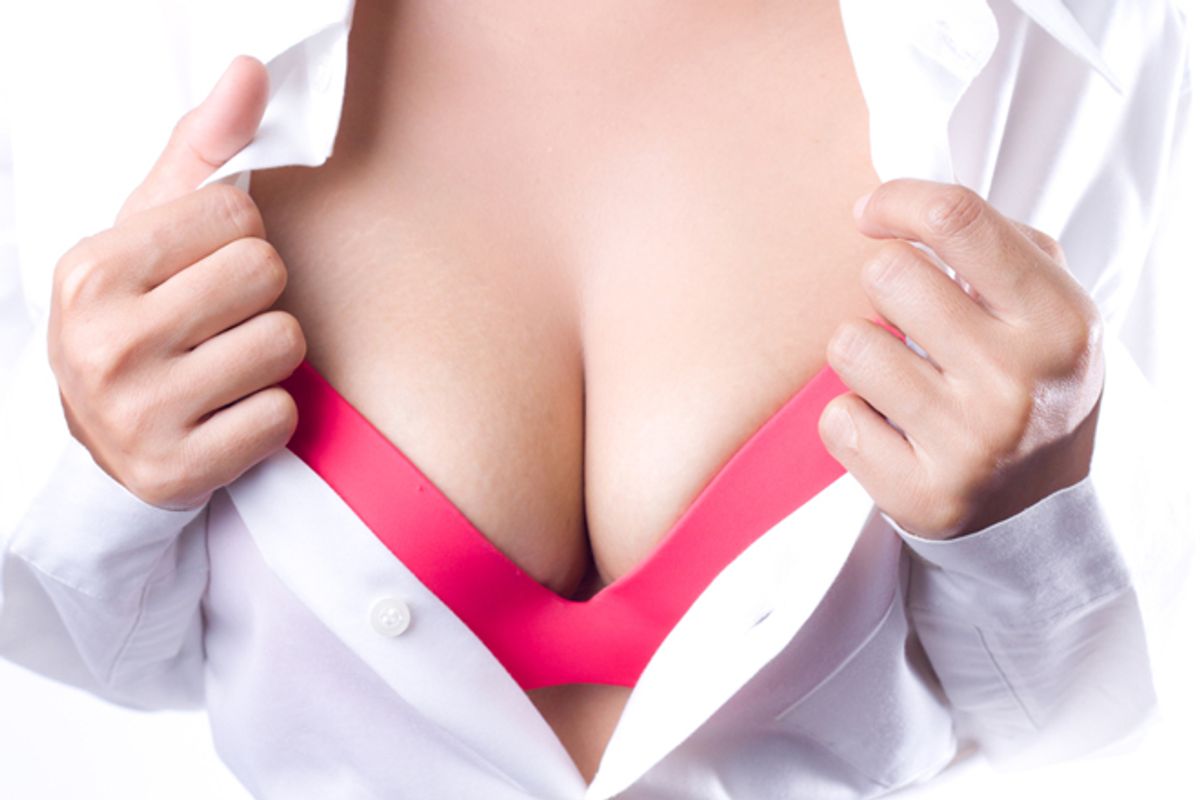 In 1995, cultural anthropologist Katherine Dettwyler wrote a book called "Breastfeeding: Bicultural Perspectives." Her research took her to Mali, West Africa, where she attempted to explain the western eroticization of breasts. Those she fell into conversation with regarded the behavior as "unnatural," even "perverted.” They seemed to have a hard time believing that "men would become sexually aroused by women’s breasts, or that women would find such activities pleasurable.”

Years earlier, anthropologist Clellan Ford and ethnologist Frank Beach conducted a study of 191 cultures. The pair found that breasts were considered sexually important in only 13 of those cultures, and of those, just nine preferred large breasts. If you’re reading this from Anywhere, America, you might join me in assuming the U.S. was one of them.

If we weren’t already wired to find breasts sexually appealing, we’ve done a pretty good job of convincing ourselves they are. And while bigger is by no means better, certain trends seem to suggest that a good portion of Americans seem to think size matters a great deal. According to a report released by the American Association of Plastic Surgeons, 279,143 breast augmentations were performed in 2015. For those who are keeping track, that’s a 31% increase from the number performed back in 2000. Yes, the American obsession with abundance has officially gone breastal.

When it comes to heterosexual dating circles, boobs tend to come up. Now that online dating platforms allow us to tailor our preferences, people are getting pretty specific about what they want. Maybe that’s why a string of sites like Big Breast Dating, Dating Big Boob Girls, Big Boob Date Link and Big Tit Love have popped up. (Note: almost all of these sites have a clause in the Terms of Use stating they do not guarantee and cannot verify the accuracy of the information provided by any user.)

But we know that when it comes to sex, breasts aren't really necessary. As sex therapist Susan Block writes, “Breasts are far more essential to nurturing than to sexual intercourse.” Still, they almost always make their way into the conversation.

British researchers Viren Swami and Martin Tovee believe it has something to do with “resource insecurity,” or the inability to access the tools needed to survive. In their experiments, wealthy men, as well as those who had just eaten, rated smaller breasts as more attractive. So ladies with large breasts might be in luck, so long as poor and hungry is their thing. Then again, maybe there’s more to this.

In 2013, researchers from the University of Westminster published an article in the Archives of Sexual Behavior. They had interviewed 361 white heterosexual men, raging in age from 18 to 68. After being shown different 3-D models of women with varying breast size, they were ask to record which image they found most sexually attractive. Afterward, the participants were given a survey to measure their level of hostility toward women, how likely they were to objectify women, attitudes about relationships between men and women and benevolent sexism.

The authors concluded, “It is arguable that benevolently sexist men perceived larger female breasts as attractive because larger breast size on a woman is associated with perceived femininity.”

Of course, that does not mean all men attracted to large breasts are sexist. But it may help explain some of the sexually aggressive and gender-directed behaviors often hurled toward women with big breasts.

Block told us in an email, “In general, men (and women…but especially men) tend to believe that if someone’s body (or even just one of their body parts) arouses them, then that person is also aroused. Call it the power of wishful thinking or self-involved, delusionary insensitivity coupled with a woeful lack of sex education, but it’s a common phenomenon.”

She added, “Sometimes [men] feel that big breasts and hard nipples are actual evidence of the woman’s arousal, in much the same way that a big hard cock can be considered evidence of a man’s arousal. Of course, it doesn’t always work out that way.”

Sex and relationship expert Ava Cadell explained to AlterNet, “Many men presume that women with large breasts are more sexual than women with small breasts,” adding, “Obviously this is a myth. Sex drive has nothing to do with breast size.” So no, big-breasted women are not necessarily more sexual than their smaller-breasted counterparts, they just seem a little easier to sexualize.

Block also noted, “There are other, somewhat more reasonable reasons that so many men are attracted to large breasts and perceive large-breasted women to be more sexual, such as the primal visual cue that large breasts indicate female sexual maturity.”

In regards to the big-breasted aficionados who manage to snag an invite into the bedroom, they tend to throw out a few breast-centered requests once there. Some may be familiar with what academics call coitus a mammilla, or tit fucking. And then there are the other breast-centered kinks out there: smothering, suckling, the list goes on. Apparently, when you find a pair of big breasts, it’s important to take full advantage of them. Though, that’s not necessarily a bad thing. Many women find the idea of helping fulfill someone else’s fantasy pretty thrilling.

For the big-breasted woman who has grown tired of the attention, breathe easy. By most accounts, sexual attention is falling further south on a woman’s body. Maybe by this time next year, you’ll be able to dodge that old and unwelcomed barroom question, “Are those real?”