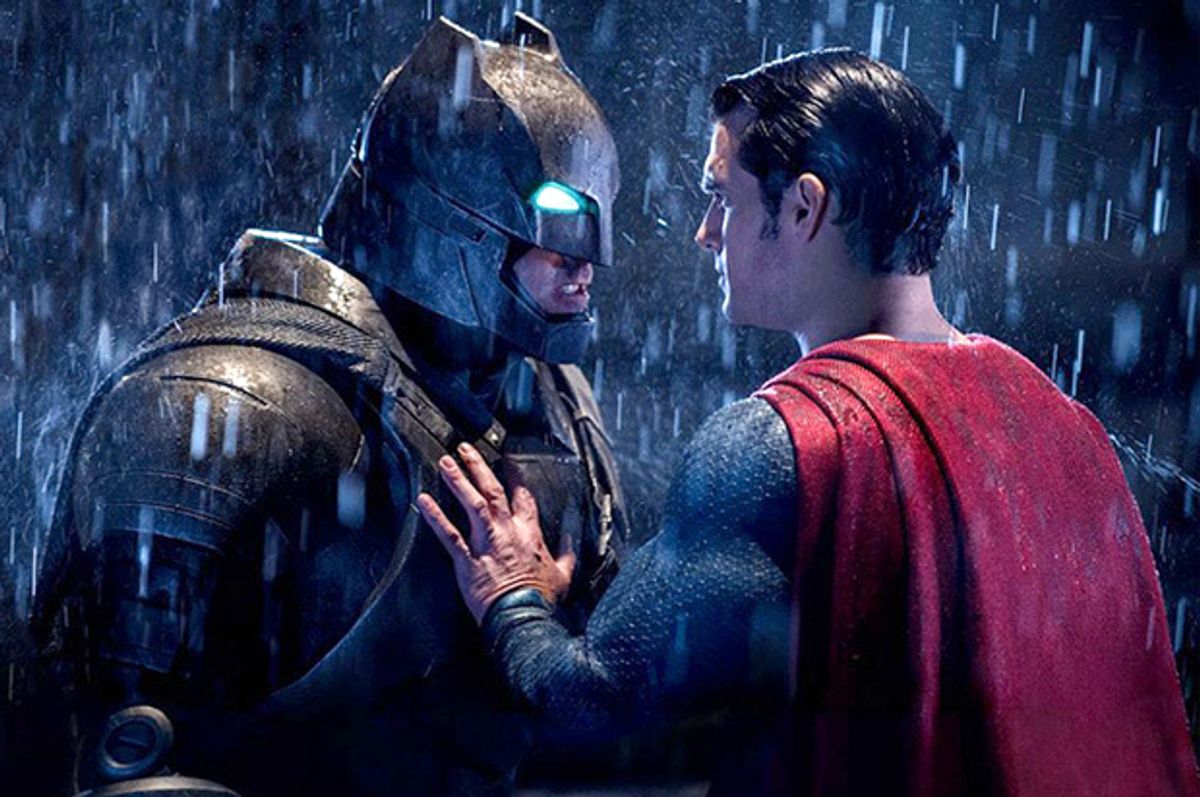 Salon's own Andrew O'Hehir wrote a lukewarm review of "Batman v Superman: Dawn of Justice," but overall reception to the new film hasn't been so kind to director Zack Snyder. As of this writing, "Batman v Superman" has a 32 percent score on Rotten Tomatoes — which, if you don't know, isn't very good, but isn't Adam Sandler/Kevin James bad. Snyder's lowest-rated feature was "Sucker Punch," which came in at 23 percent.

But percentages on a "tomatometer" don't tell the whole story. Movie criticism is particularly interesting to read for its beautifully constructed bitchiness. And critics had a field day with "Batman v Superman."

"The studio has, in the usual way, begged and bullied critics not to reveal plot points," wrote the New York Times's A. O. Scott, "and I wouldn’t dream of denying you the thrill of discovering just how overstuffed and preposterous a movie narrative can be."

In his review (frustratingly subtitled, "Yawn of justice") Chicago Tribune critic Michael Phillips called it, "A near-total drag" that "plays like a loose, unofficial quarter-billion-dollar remake of 'The Odd Couple,' in which Oscar and Felix are literally trying to kill each other."

And, finally, my personal favorite — courtesy of the Chicago Reader's J.R. Jones — "Not as bad as Bush v. Gore, but close."