Most racists back Donald Trump: New poll suggests racial resentment above all is driving Trump's rise 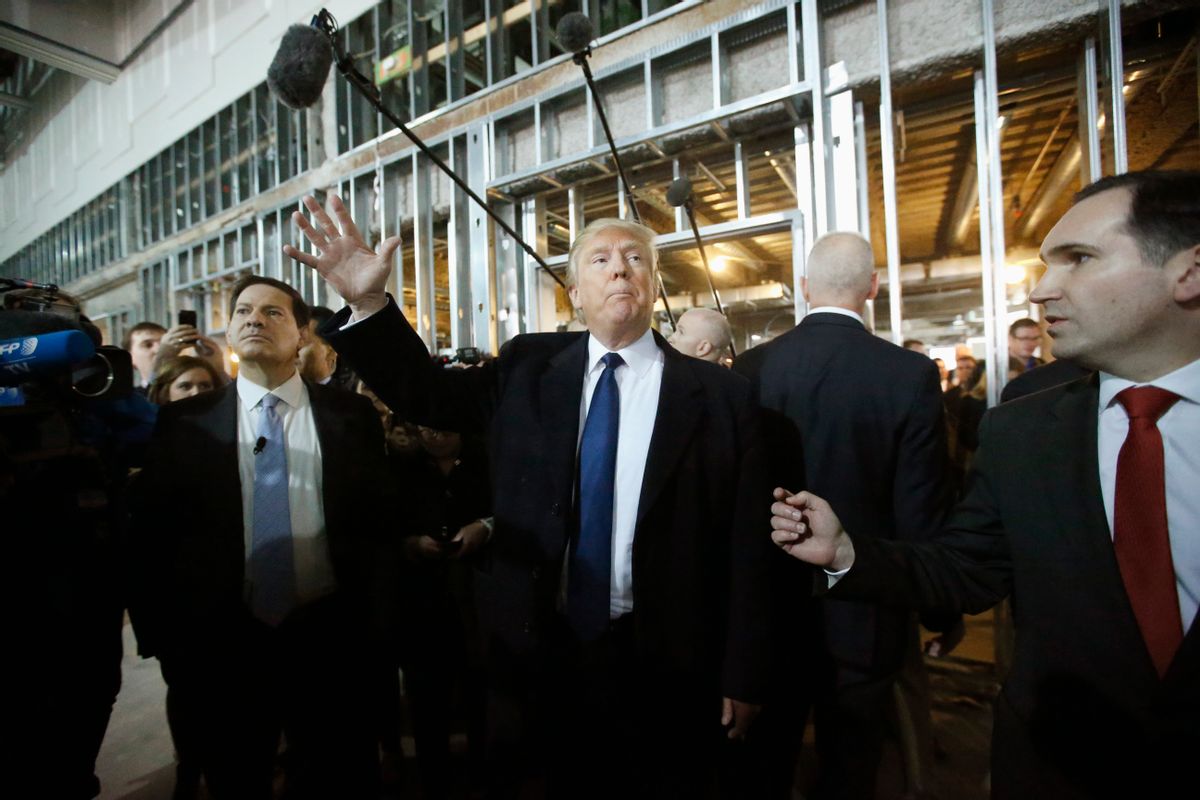 The rhetoric and bile surrounding Trump's rallies more or less confirms this, but that's anecdotal. We know, if nothing else, that the Donald has appealed to working class whites who have been victimized by a decaying industrial economy but are deeply confused about who's or what's responsible. As I argued in December, "It’s not Mexicans or Muslims or some other minority group outsourcing jobs or buying elections or rigging the tax code in favor of special interests – corporations and their deregulating cronies in office (on both sides) are responsible for that, as are the broader forces of globalization and neoliberalism. And yet the ire of the typical Trumpite is directed at foreigners and black people."

The driving force of Trump's campaign, in many ways it's raison d'etre, is racial and cultural resentment. Indeed, support for Trump is positively correlated with racial resentment, according to a recent American National Election Study (ANES). The disaffected whites clamoring for a big wall on the border at his rallies are a reminder of what's lurking beneath the nationalist fervor. If a luxurious wall on the southern border was of any practical value, we'd be having a different conversation. But, as the inimitable John Oliver pointed out, Trump's wall is not only useless – it's obscenely expensive and counterproductive.

The wall is a symbolic gesture, a metaphorical middle finger to the nebulous “other.” It won't bring back any jobs; it won't resuscitate the manufacturing sector; and it won't make America any whiter or safer than it already is. But for the disillusioned Trump voter, it's a palliative nevertheless.

As prominent Republicans like Paul Ryan scramble to stop Trump, decrying the tone and divisiveness of his campaign, a new Washington Post/ABC News poll confirms that Trump is succeeding precisely because of his tone and divisiveness. Republican voters were asked a revealing question: “Which of these do you think is a bigger problem in this country – blacks and Hispanics losing out because of preferences for whites, or whites losing out because of preferences for blacks and Hispanics?”

Whether you think that's a good question or not is beside the point. What's interesting is the responses and how they matched up with support for the various Republican candidates. To begin with, a plurality of Republican respondents (45-19) said that the bigger problem is whites losing out, which is what you'd expect from a party that embraced the “Southern Strategy” forty years ago.

However, when the Washington Post looked closer to see how the people who believed whites are losing out planned to vote, the results were unsurprising: 54 percent self-identified as Trump voters, compared to 37 percent for Cruz and 35 percent for Kasich and Rubio. That's a fairly significant gap.

It's worth noting that not all of Trump's support stems from racial angst. His voters are also disproportionately likely to be suffering economically, as Max Ehrenfreund and Scott Clement recently noted. But what this survey suggests is that the Trump voters tend to believe their “losses are being caused by other group's gains.”

This is the key to understanding Trump's appeal. It's not merely about race or free trade or anti-establishment hysteria. It's pretty clearly all of these things. What distinguishes the typical Trump voter is his or her propensity to project their anger on brown people or Mexicans or Muslims or whoever. Like all fascists (and Trump may not be a fascist, but he employs fascistic rhetoric), Trump is giving people predisposed to fear the “other” the boogeymen they need. Even better, he's promising to build a giant wall to keep them out.

Polls like this speak to the power of identity politics, and how easily and cynically Trump has exploited it. As The Atlantic's Molly Ball concluded after interviewing several white working class Trump voters, they seem to be animated by “the idea that they, the other, enjoy privileges, resources, and status to which we are denied access.” This is us vs. them thinking distilled to its essence, and it's the best explanation we have of the Trump phenomenon.