"The irony is no longer ironic": ISIS "aren't Kobe Bryant," Michele Bachmann writes in an attempt at a scathing attack on Obama

Bachmann abuses the powers of nonsense, alliteration, and assonance to attack Obama's response to Brussels 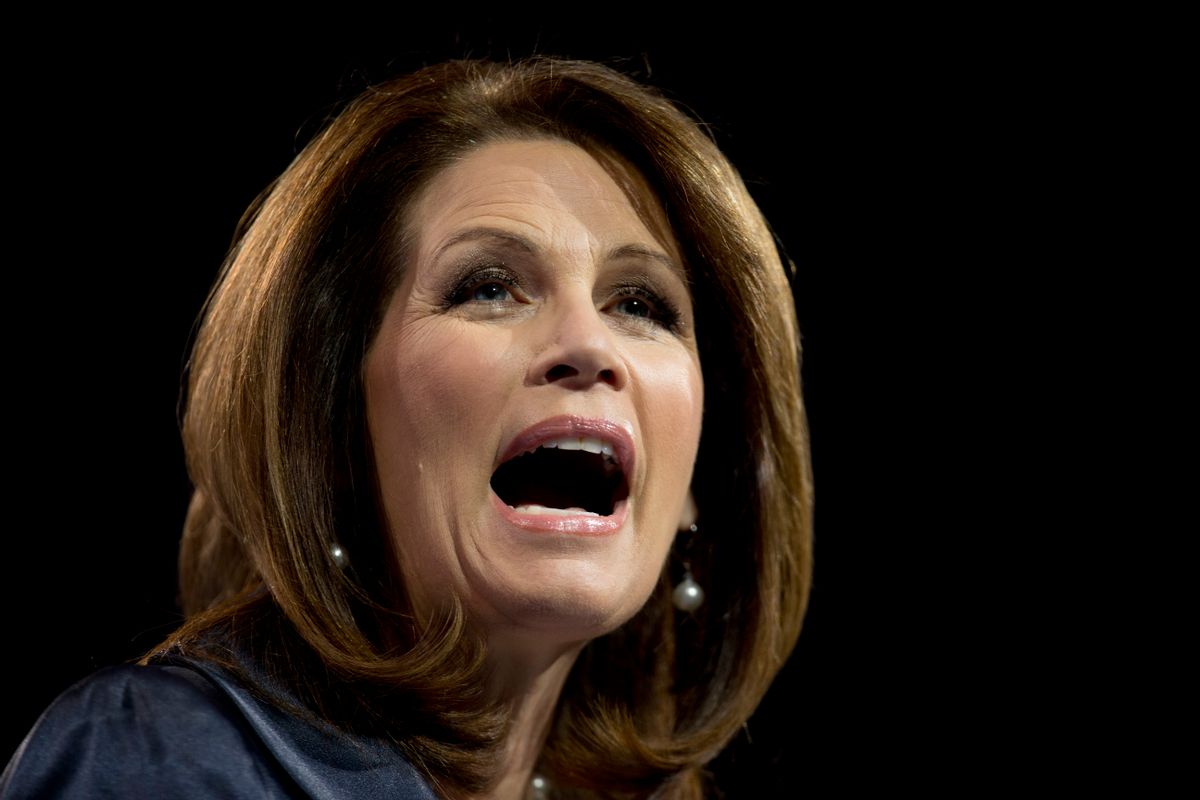 In a column at World Net Daily that could only make less sense if it were adapted by Zack Snyder, former Minnesota representative and GOP presidential hopeful Michele Bachmann excoriated President Barack Obama for not tucking tail and running home in a panic after the terror attacks in Brussels.

In a piece that was clearly penned by someone with an affinity for assonance and alliteration, Bachmann "wrote" that "[o]ur feckless U.S. president appeared unfazed by the message he portrayed of American incompetence and historic irrelevance."

"In fact," she continued, "the president appeared pleased," as "[o]nly he could break the barriers of isolation his misguided predecessors had painstakingly built," and "[o]nly he could vouchsafe freedom against attack from legions of murderous Communist regimes and Jew-hating ayatollahs."

After complaining that ISIS "aren't Kobe Bryant," Bachmann argued that "our president’s humiliation comes in a manner so devastating it makes one wonder whether the Creator of humankind isn’t reminding this world of the inferiority of foolishness in the face of wisdom."

"Suicide vests worn by young Muslim men with a plan blew at the American Airlines counter, at the Starbucks and within four blocks of our American Embassy in the shadow of a neutered, ineffective NATO," she added. "The irony is no longer ironic."

Read the rest of her ghostwriter's rhetorical bluster at World Net Daily...