Hillary Clinton cedes the moral high ground to Trump: Why her failure to unequivocally condemn torture is such a problem

This week, Clinton has given a hawkish speech before AIPAC and failed to condemn torture. What did you expect? 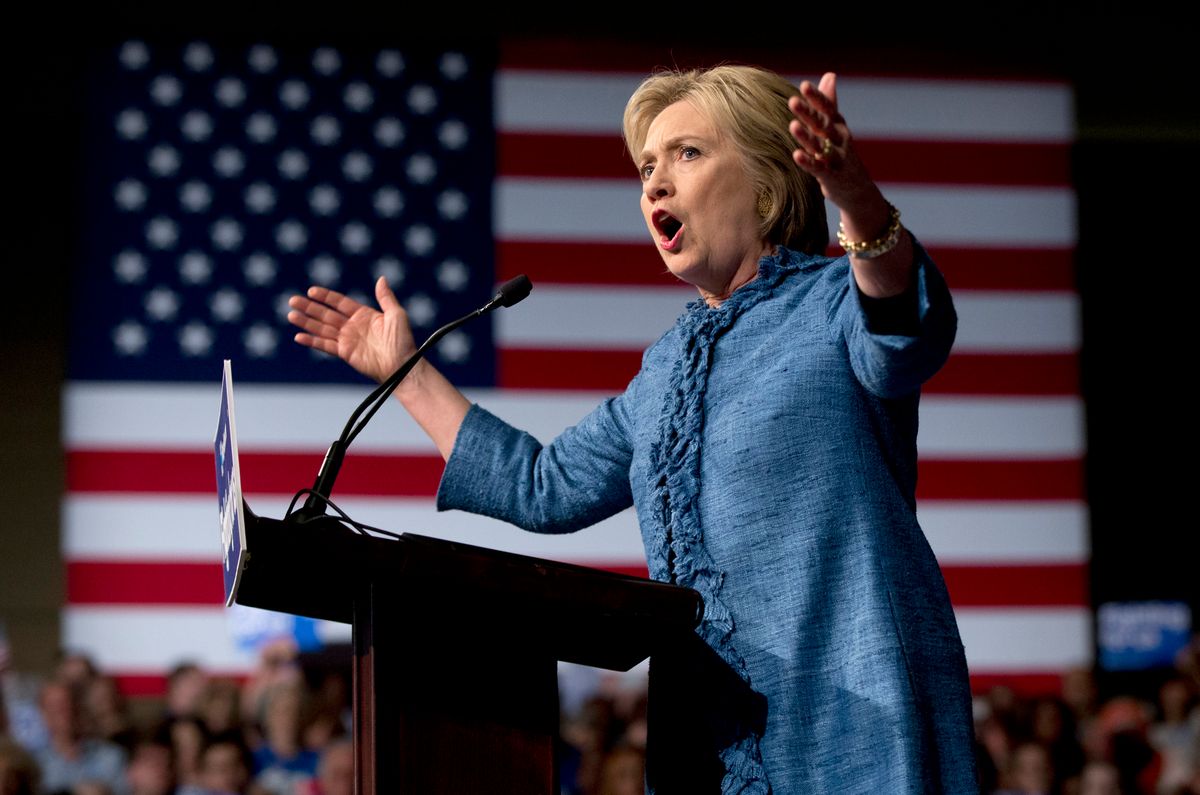 In the wake of the Brussels attacks, Donald Trump menacingly redoubled his call for more torture. By contrast, Democratic front-runner Hillary Clinton mustered the moral courage to condemn torture because “torture is not effective.”

It's true, torture is ineffective. But it's horrible for Clinton to make that the heart of her criticism. Torture is a monstrously cruel violation of human rights that degrades the rule of law and sets new rock-bottom standards for the treatment of detainees worldwide—something that ISIS, placing its victims in Guantánamo orange jumpsuits, has eagerly mocked. While Clinton did note that “terrorists are trying to undermine the democratic values that are at the root of our way of life,” that's pretty milquetoast given that she as recently as 2006 said that torture might be acceptable in “ticking time bomb” cases.

What’s more, Clinton making her argument against torture an essentially pragmatic and technocratic one cedes the moral ground to Trump. And it’s not just on torture. Referencing Trump's call for stopping Muslim travel to the U.S., she responded that it’s “unrealistic to say we’re going to completely shut down our borders to everyone...That would stop commerce, for example, and that’s not in anybody’s interest.”

Think about the market, folks! Shutting down our borders, after all, wouldn’t jive with NAFTA.

Clinton, of course, is a national security state hawk. This week, she also said that the U.S. would “have to toughen our surveillance, our interception of communication,” a reminder that nearly three years after Snowden's revelations of widespread snooping the Democratic establishment she embodies hasn’t budged an inch.

This is an uncomfortable truth for Clinton apologists on the left, which is why they don’t engage with it. On other issues, like criminal justice, gay rights and free trade, they tend to play down or ignore her unpleasant track record. Maybe she’s evolved, and that’s a good thing. Even if it was to meet Bernie Sanders’ challenge from the left. Democracy in action. The people are speaking, and she is listening. But her persistent hawkishness on foreign policy lends substantial evidence to the analysis that I subscribe to, which is that Clinton is one of the most profoundly cynical politicians alive. This is why her record matters tremendously.

Foreign policy is one of the few issues on which she has not profoundly altered her position in recent years. It’s a good bellwether because she has less room to equivocate here than she does on other matters. Being a tough and capable commander-in-chief is at the core of her identity and campaign, and this will only become more apparent if she takes on Trump in the general election. Clinton, who this week wowed AIPAC attendees with saber-rattling against Iran and a promise to not be neutral on Israel-Palestine, isn't a critic of the War on Terror. Far from it. Rather, she's trying to convince voters that she, unlike Trump, can manage its prosecution competently.

We’ve heard this message before. Campaigning in 2004, George W. Bush worked to convince voters that it would be unwise to switch presidents in a time of war, billing himself as “steady leadership in times of change.” Meanwhile, John Kerry, who, like Clinton, voted to authorize Bush's invasion of Iraq, pledged to "wage a smarter, tougher war on terrorism." More than a decade later, too many still look to the very people who got us into this mess to fix it.