Obama's response to the terrorist attack in Brussels was measured and serious. Of course, "Morning Joe" hated it 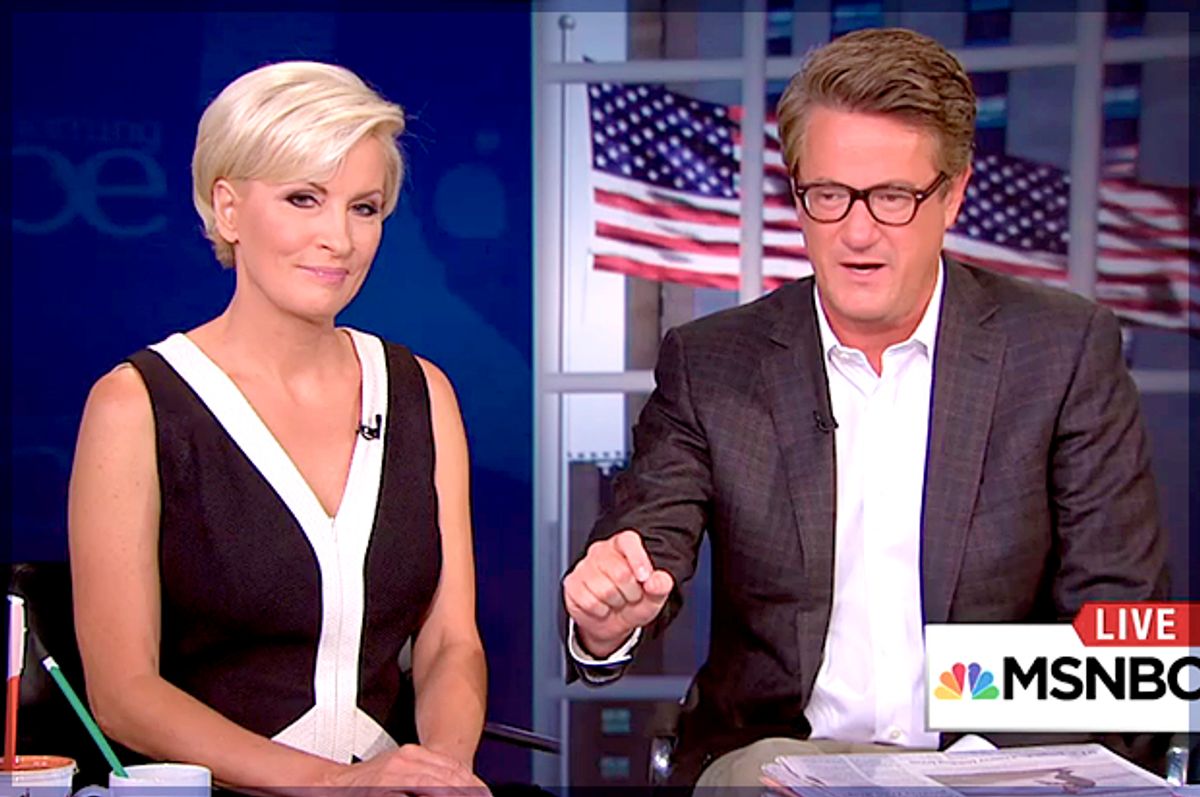 Earlier this week, a series of coordinated terror bombings in Brussels, which ISIS claims it planned, left 34 human beings (including three perpetrators) dead. The terrorists bombed the city’s airport and one of its metro stations. Taken altogether, the real target of the attack was clear. It was the European project itself; and the modern cosmopolitanism that, to many, it represents.

At the risk of stating the obvious: These are serious issues. And they deserve a serious response. President Barack Obama, who was on a diplomatic trip in Cuba and elsewhere in South America, provided that serious response. And this made some of the media’s self-designated stewards of American empire very, very mad.

To be fair, their anger stemmed from a profoundly different assessment of Obama’s behavior than the one I just gave you. Their criticism had little to do with Obama’s official statement, which promised to “stand in solidarity” with Brussels; it was the other things that Obama did — and that he didn’t do — that had them so upset.

What were his transgressions? He didn’t respond to the attack by dropping his plans and zooming in Air Force One to Europe or Washington. He stuck to his plans — which included attending a symbolically important baseball match in Cuba, as well as a state dinner in Argentina, which featured dancing — instead.

And for more than a few people (not all of whom were Republicans, mind you) this was simply unacceptable.

“Baseball games and tangos,” Haass tut-tutted. “That’s inconsistent with the seriousness of the day.” Nicolle Wallace, a former GOP campaign heavyweight and torture apologist, went a few steps further. It wasn’t just a mistake, she said; it was a “communications crime.” Good thing the ICC isn’t prosecuting over “optics” yet!

You can’t really expect this from “Morning Joe,” little-watched fount of conventional wisdom that it is, but President Obama did actually explain why he didn’t drop everything in order to focus on the “optics.” And he did it at the baseball game, no less! (“Morning Joe,” of course, didn’t like that.) His decision, he said, was conscious and political. It was an attempt to signal that the world doesn’t stop at ISIS’ command.

Here he is, in his own words, via ABC:

President Obama explained his decision to attend a Major League Baseball exhibition game in Cuba today between the Tampa Bay Rays and the Cuban National Team, following this morning's terrorist attacks in Belgium.

"The whole premise of terrorism is to try to disrupt people's ordinary lives," President Obama said in an interview with ESPN during the game, noting that "it's always a challenge when you have a terrorist attack anywhere in the world."

The president added that one of his "proudest moments as president" was when Boston united in the wake of the attack on the city's marathon, complimenting Red Sox David Ortiz's in particular for declaring that Boston would not be intimidated.

"When Ortiz went out and said probably the only time that America didn't have a problem with somebody, a person on live TV, was when he talked about Boston, how strong it was and that it was not going to be intimidated," Obama said.

The president’s actions, in the end, were not especially complicated.

Rather than worry about his own “optics” and pander to Americans’ understandable (but not especially hard-headed) fears concerning terrorism, Obama decided to treat them like adults. He decided to behave as if regular people understand that the irrational panic these outrages inspire is the reason groups like ISIS use terrorism in the first place.

And, boy, do media types like “Morning Joe” hate it when he does that. They prefer to treat Americans like excitable children. I doubt that they do so with such consciously Machiavellian intentions; but the fact that watching television all day is behavior usually associated with children is relevant, I’d suspect.