Oregon militia's mess: See photos of the astounding filth left by militiamen who took over the wildlife refuge 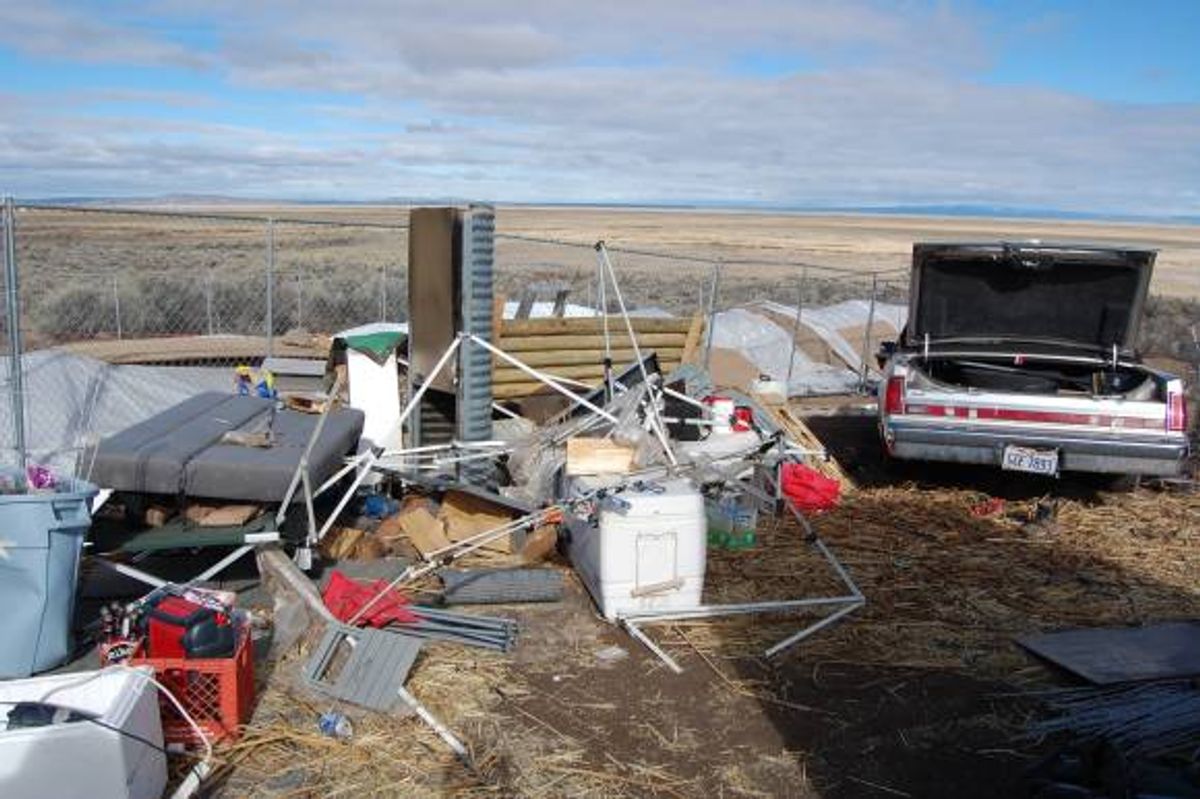 The 41-day occupation of Oregon's Malheur National Wildlife Refuge by right-wing militia members led by Ammon Bundy ended over a month ago, but officials are just beginning to reckon with the damage the protesters left in their wake.

On Wednesday, the U.S. Fish and Wildlife Service opened the refuge to the press for the first time since the ranchers' occupation ended on Feb. 11, KOIN reports. The media encountered a facility in utter disarray — militia members had piled up mountains of garbage and left food, liquor and tobacco strewn about the premises. Officials say that the protesters also broke into safes, and money, cameras and computers in the refuge's inventory remain unaccounted for. By all accounts, Bundy's group left behind a truly disgusting mess:

"Members of the media on tour were advised to watch their step in certain spots. After some pipes burst, officials said, militia members defecated 'everywhere.'" Bundy's group of anti-government activists occupied the wildlife refuge on Jan. 2 to protest federal land use regulations and the imprisonment of two Oregon rangers. Twenty-six defendants are facing charges for their role in the occupation and ensuing standoff with law enforcement.

According to U.S. Fish and Wildlife Service officials, the occupation has cost taxpayers about $6.5 million so far, a figure that is likely to rise as the cleanup of the refuge proceeds.