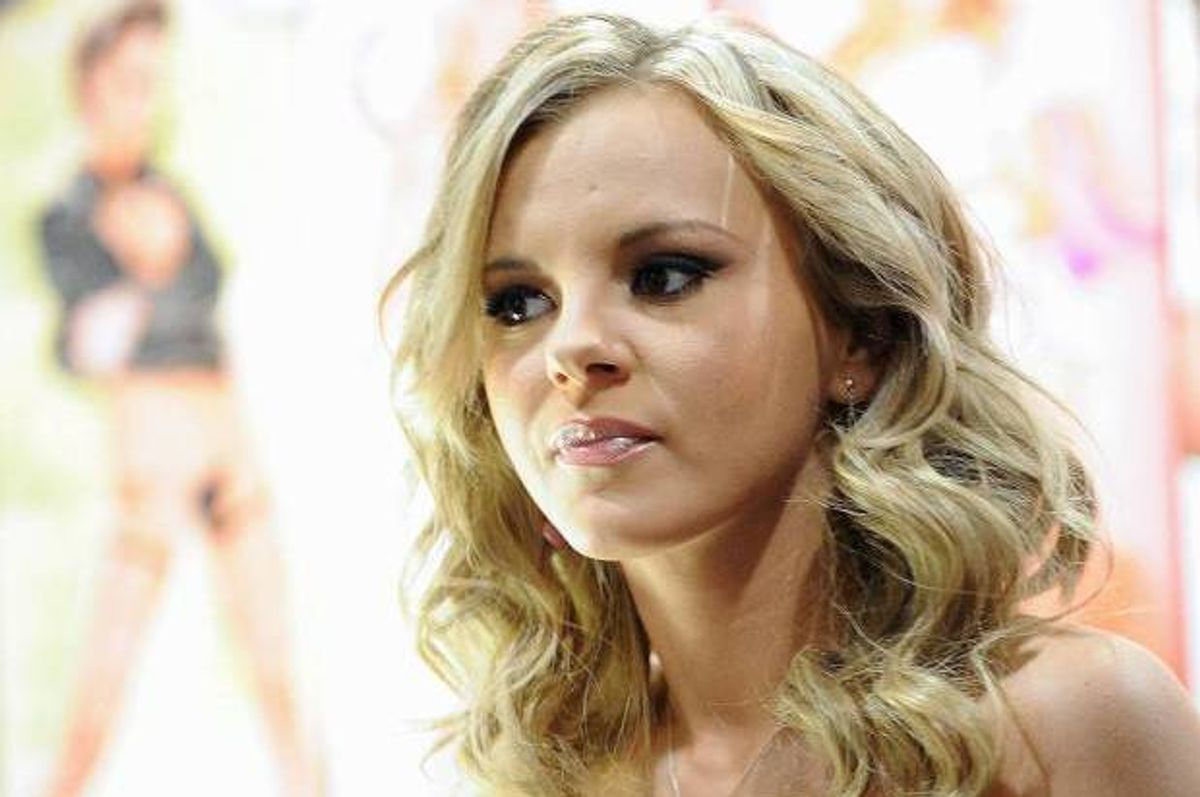 She also posted today on her Twitter account and Facebook page, along with screenshots of Reddit message boards about nurses losing their jobs because of involvement in the adult industry, that “Every time I consider going back to school, I Google sex workers experience and am so discouraged. Back to the drawing board.” For a taste of just how harsh the wrath Olson is describing is, one of the first responses to her Facebook post read: “Should have looked into it a bit better before you chose the quick cash taking dicks. Sorry, but thats how the world works... stop fishing for sympathy...your not worthy”

Olson elaborated on the ways she’s been barred from mainstream society, socially and professionally, in an essay at The Daily Dot, writing, ”People look at me as if I am the same as a sex offender. They look at me as though I am less than in every way, and they assume the absolute worst in every way. I had never realized how progressive my mind was and how scared people were of sexuality until this. I also realized I could never go back and be a nurse or a teacher, or work for any company really that can fire me under morality clauses for making customers feel ‘uncomfortable’ because of who I am.”