Robert De Niro defends Tribeca's anti-vaxx film screening: "This is very personal to me and my family and I want there to be a discussion"

The Festival co-founder says he's not endorsing "Vaxxed: From Cover-Up to Catastrophe" and isn't anti-vaccination 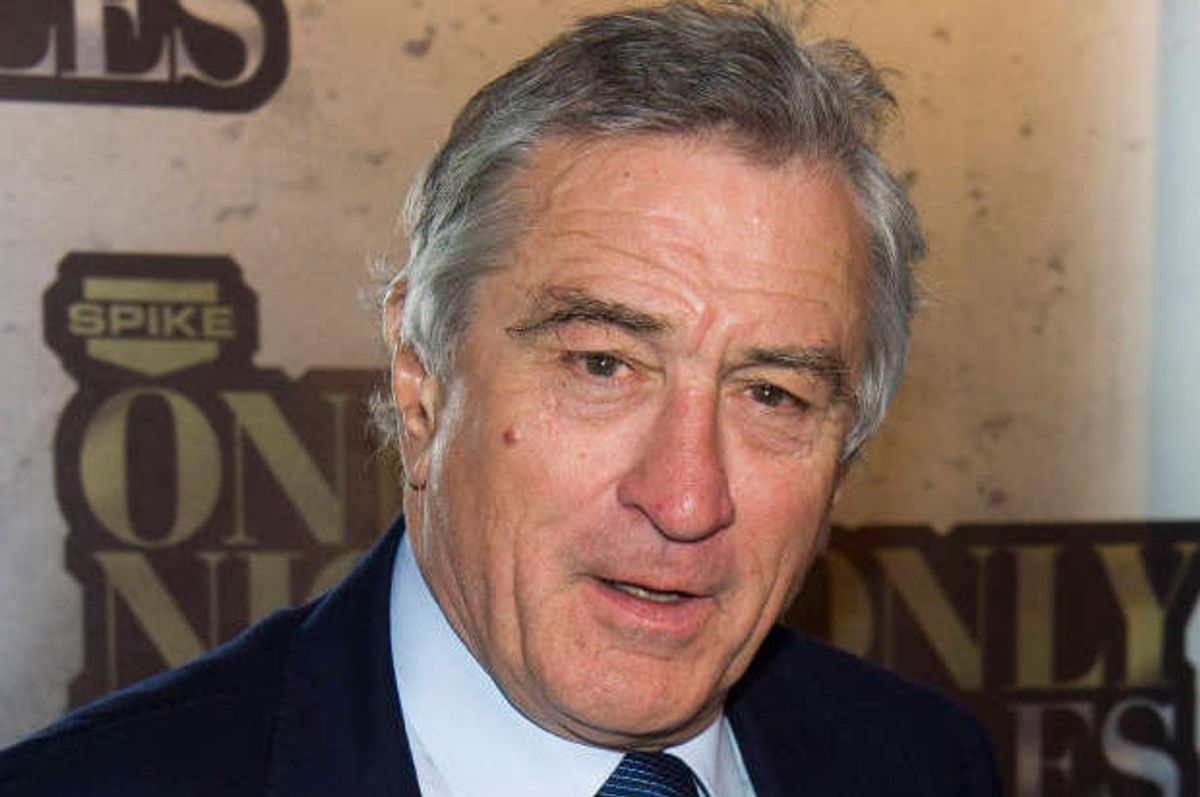 Looks like the Tribeca Film Festival isn't budging. Earlier this week, Andrew Wakefield — the disgraced British physician whose 1998 claims linking autism and vaccinations were later retracted and declared "an elaborate fraud" — proudly announced that he was debuting a new documentary called "Vaxxed: From Cover-Up to Catastrophe" at the upcoming Festival. Unsurprisingly, a lot of people who support science and medicine were appalled.

The film purports to "understand what’s behind the skyrocketing increase of autism diagnoses today" — despite both the repeated assurances from respected and independent health organizations refuting the link between vaccines and autism, and the dangerously increasing rates of once eradicated illnesses like measles. Wakefield, meanwhile, has been barred from practicing medicine in the UK after what British medical journal BMJ called "a deliberate attempt to create an impression that there was a link by falsifying the data." He has been accused of doing so while conveniently working on "a replacement for attenuated viral vaccines." And as CNN reported in 2011, Wakefield "had been paid by a law firm that intended to sue vaccine manufacturers -- a serious conflict of interest he failed to disclose." In a statement earlier this week, a representative for the Tribeca Film Festival nevertheless justified the film's inclusion, saying, "Over the years we have presented many films from opposing sides of an issue. We are a forum, not a judge."

On Friday, the festival issued the following follow-up statement from the Fest's co-founder, Robert De Niro:

"Grace and I have a child with autism and we believe it is critical that all of the issues surrounding the causes of autism be openly discussed and examined. In the 15 years since the Tribeca Film Festival was founded, I have never asked for a film to be screened or gotten involved in the programming. However this is very personal to me and my family and I want there to be a discussion, which is why we will be screening VAXXED. I am not personally endorsing the film, nor am I anti-vaccination; I am only providing the opportunity for a conversation around the issue."

It's unfortunate that rather than using his experience to educate, De Niro has chosen to give a platform to a person whose disgraceful and fraudulent behavior has helped perpetuate a legitimate public health crisis in the form of unvaccinated children. Hiding behind the phrase "conversation," the Tribeca Film Festival is perpetuating ignorance. And I can't help thinking of the words of another parent, blogger Jen Forsyth, who's written on Voices for Vaccines that "As an autism parent, it offends me my children’s condition is being used to scare people away from life-saving medicine."