But why would Rubio, with nothing left at stake, sponsor a smear campaign against the one GOPer who can stop Trump? 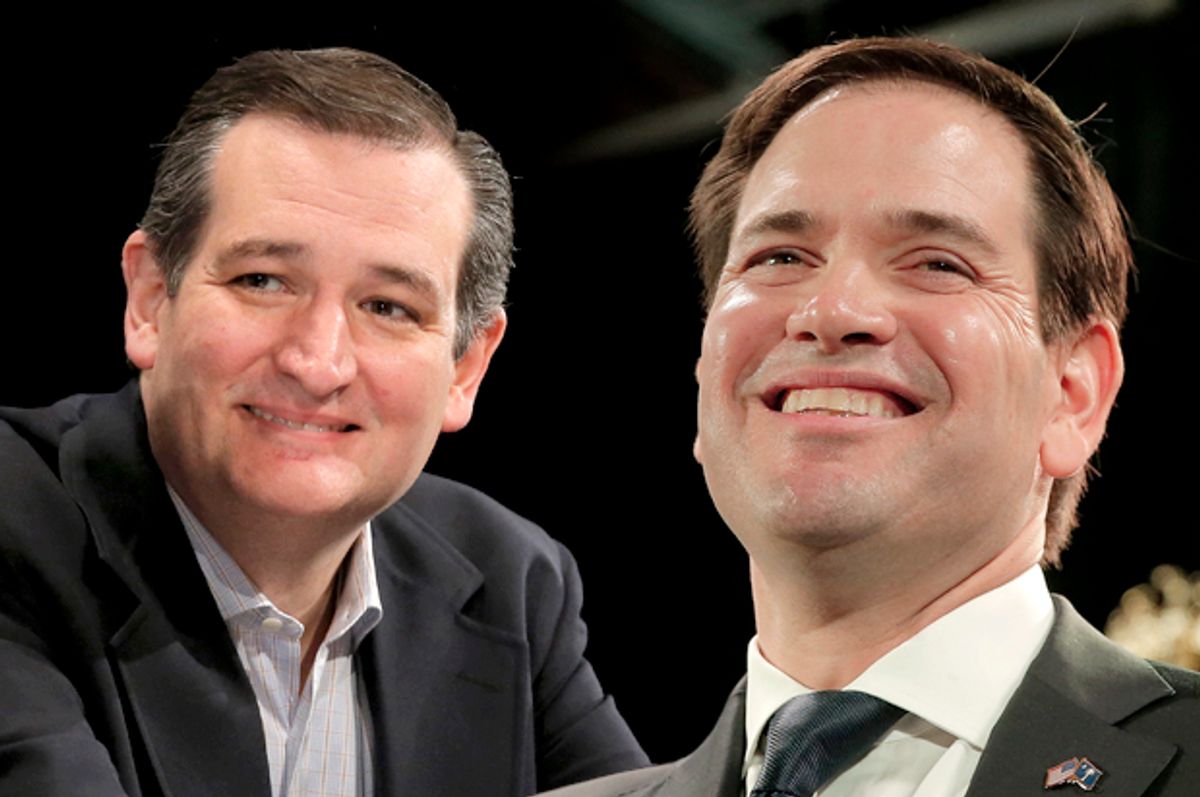 Maybe Donald Trump isn't behind the Ted Cruz "sex scandal" story leak to the National Enquirer after all.

According to The Daily Beast, "for months and months, anti-Cruz operatives have pitched a variety of #CruzSexScandal stories to a host of prominent national publications."

One such outlet was Breitbart News, which was shown "a compilation video of Cruz and a woman other than his wife coming out of the Capitol Grille restaurant and a hotel on Tuesdays and Thursdays," a source inside the publication told The Daily Beast. (Leave it to a politician to keep a standardized booty call schedule.)

The Breibart source confirmed that they'd received the video from "a Rubio ally," but ultimately decided against running the story because, "There was no way to verify the claims."

Trump, for his part, denied Cruz's counter-allegations, maintaining his ignorance of the whole thing while ham-handedly throwing jabs at "Lyin' Ted Cruz."

"I have nothing to do with the National Enquirer," Trump wrote in a statement posted to his Facebook page, "and unlike Lyin’ Ted Cruz I do not surround myself with political hacks and henchman and then pretend total innocence."

Absent in this still-unfolding story is a motive for a Rubio "ally" — whatever that means — to run a smear campaign against Cruz, unless it's true and the suspended Rubio campaign anointed itself the role of morality police.