After Clinton's commanding victory in the Arizona primary last week, some liberals are crying foul. They shouldn't 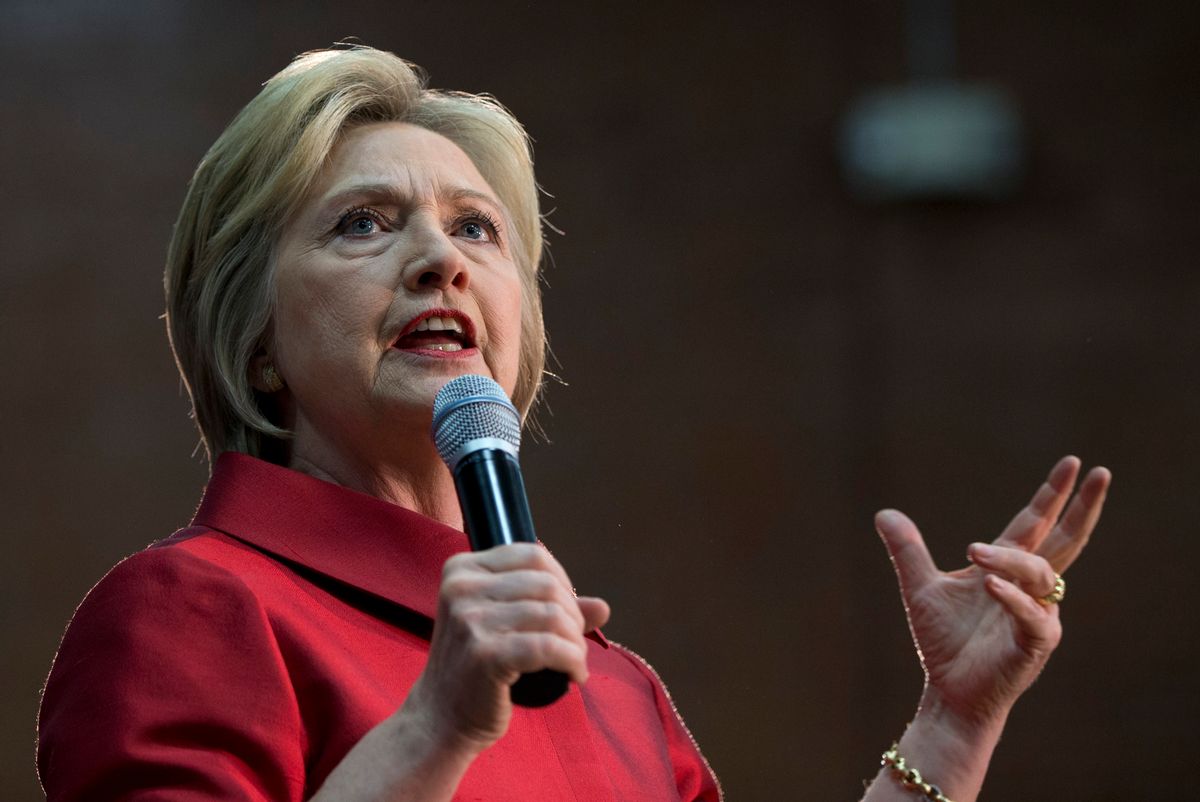 Occam’s razor tells us, roughly, that simpler explanations for a hypothesis are more likely correct than complex ones that require a ton of falsifiable assertions. Which is why I can’t credit the conspiracy theories that have the Hillary Clinton campaign colluding with Arizona election officials to steal last week’s Democratic primary there. Why twist our brains into pretzels when the simple answer – “It’s Arizona” – is staring us right in the face?

I don’t mean to be glib. Certainly many factors went into the clusterfuck that was the Arizona primary. The gutting of the Voting Rights Act by the Supreme Court, for one, meant that state officials could merrily make voting difficult for the poor and minority voters, who are always the ones getting screwed over by voter-suppression chicanery, without worrying that election monitors from the Justice Department would bring down the hammer ahead of time.

And it is a bit glib to say “Duh, Arizona” when incompetence by local election officials is a time-honored tradition in this country -- which should be clear to anyone who remembers the infamous butterfly ballot from Palm Beach County in 2000.

On the other hand, anyone who has ever been around a well-oiled political machine knows enough not to trust that it's keeping its thumb off the scales for one candidate or another.

So, sure, Maricopa County Recorder Helen Purcell might have purposely limited the number of polling locations in operation on Tuesday. Or she might be genuinely clueless and incompetent enough that she could screw up a two-car funeral procession if you spotted her the hearse. Anything is possible.

This brings me back to the conspiracy theories that have been bubbling up from the fever swamps of Democratic voters. As best I can tell, they go something like this: The Arizona Democratic Party, being a bought-and-paid-for tool of the establishment, worked with election officials to suppress the votes of natural Bernie Sanders supporters, handing Clinton a notable victory on a night when she lost big in caucuses in two other rural Western states, Idaho and Utah. Isn’t it suspicious that she lost those two states while winning the night’s big prize?

Well, no, it’s not. The fact that such a theory is getting any sort of consideration is 1) a sign of an overheated primary campaign, and 2) enough to make a political writer wonder if it is too late to switch careers to something a little less loony, like bounty hunting or campaign finance lawyering.

For starters, Real Clear Politics’ polling average had Clinton with a 30-point lead going into the primary, which she won by just shy of 18 points. If the polls were accurate ahead of time, the results suggest that any chicanery suppressed more Clinton than Sanders support. More obviously, why would Clinton’s campaign or the state’s Democratic Party machinery bother with massive fraud with such a large polling lead? Sure, internal campaign polls might have shown it to be a tighter race. But that much tighter? Doubtful.

Second, look at the racial composition of the precincts that reported the worst lines and problems. For example, at least one district with a large minority population in Maricopa County had no polling locations available. Anecdotal evidence has it that it was Latino and African-American voters elsewhere who were most affected by the screwed-up voting mechanisms.

This should surprise no one. It shouldn’t even be a point of debate. Voter suppression efforts tend to target minority populations. Arizona has a long tradition of this, going back at least to future Supreme Court Chief Justice William Rehnquist’s efforts with “Operation Eagle Eye” back in the 1960s.

Since Clinton has been winning the lion’s share of Latino and African-American voters elsewhere, this raises the question of why her campaign would target her own base with voter-suppression efforts. (Cue the spooky "X-Files" music, as Mulder tells Scully, That’s just what her campaign would want you to think!) Further, why would Republicans like Helen Purcell cooperate? The GOP would love to face Bernie Sanders in the general election. At the very least, it would love Sanders to drag this primary out for months, denying Clinton the nomination and forcing her to use time and resources to lock it down.

This whole idea is, not to put too fine a point on it, dumb. Unless you think Hillary Clinton is playing multidimensional chess like Obama has often been praised for doing. Which I don’t.

Now, this is not to diminish the possibility of voting shenanigans in every primary. I’m sure the campaigns and their surrogates will have a close eye on Wisconsin, a state run as the Koch brothers’ fiefdom where polls have the Democratic race neck-and-neck. Both candidates will be campaigning hard there. Though, again, I’d be skeptical of ascribing to the Clinton campaign or the Democratic establishment any voter suppression efforts that disenfranchise mostly minority voters. The Clintons might be ruthless, but they are not dumb. Well, mostly not dumb.

Which brings me to the final point underlying this whole conspiracy theory, which is credulous people willing to believe any variation of legerdemain, no matter how irrational and absurd, if the name “Hillary Clinton” is attached to it. This is the usual Clinton Derangement Syndrome that has poisoned this primary for months, and will poison the general election in the fall, and likely the next four to eight years if Hillary Clinton wins the White House. I’d make a plea for rationality and picking our battles here, but as far as CDS is concerned, we are unfortunately long, long past the point of being able to put that genie back in its bottle, even with people who should know better.